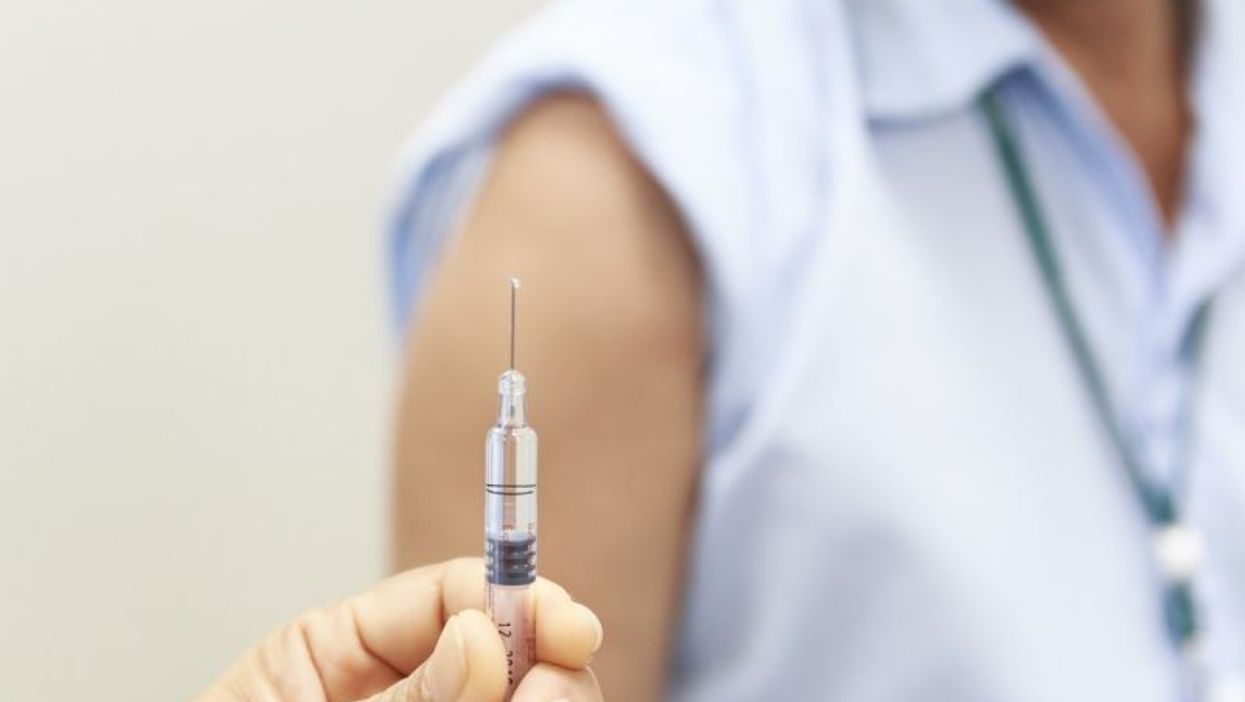 The researchers behind the vaccine said the results were far better than they had hoped. Moderna said in a statement that it expects to have approximately 20 million doses of the vaccine ready to ship in the United States by the end of the year, and it is on track to churn out 500 million to 1 billion doses globally in 2021.

Moderna is the second company to release promising preliminary data on a COVID-19 vaccine: Pfizer, in collaboration with BioNTech, reported last week that its vaccine was more than 90 percent effective in early results.

Pfizer and Moderna have been the first to announce early vaccine data, but 10 other companies are also conducting big Phase 3 trials in a global race to produce a vaccine, including efforts in Australia, Britain, China, India and Russia, The New York Times reported.

Dr. Anthony Fauci, director of the institute, told the Times that, "I had been saying I would be satisfied with a 75 percent effective vaccine. Aspirationally, you would like to see 90, 95 percent, but I wasn't expecting it. I thought we'd be good, but 94.5 percent is very impressive."

Both Pfizer and Moderna announced the early findings in news releases, not in peer-reviewed scientific journals, and the companies have not yet disclosed the detailed data that would allow outside experts to evaluate their claims, the Times noted.

Each company used a synthetic version of coronavirus genetic material called messenger RNA to program a person's cells to make copies of a key fragment of the virus, the Times said. That fragment sets off alarms in the immune system and stimulates it to attack if the real virus shows up.

"The fact that two different vaccines made by two different companies with two different kinds of structures, in a new messenger RNA concept, both worked so effectively confirms the concept once and for all that this is a viable strategy, not only for COVID but for future infectious disease threats," Dr. Barry Bloom, a professor of public health at Harvard University, told the Times.

However, Moderna said Monday that researchers had found that its vaccine had a longer shelf life in the refrigerator than previously thought: 30 days, not seven. Not only that, the vaccine will last 12 hours at room temperature, the company added.

Both companies have said they expected to apply within weeks for emergency authorization from the U.S. Food and Drug Administration to begin vaccinating the public.

As the number of coronavirus cases passed 11 million on Sunday, Michigan and Washington joined several other states in announced new social distancing efforts.

Of those 11 million cases, 1 million were reported in just the past week, the Associated Press reported. The actions of Michigan and Washington came shortly after Texas and California each recorded more than 1 million confirmed COVID-19 cases.

Michigan will suspend all in-person learning for college and high school students and indoor dining for three weeks, Gov. Gretchen Whitmer said. Other indoor gathering places, like casinos and movie theaters, must also close as part of the order, which takes effect Wednesday, the Times said.

"This is the worst public health emergency our nation has faced in over a century, and our response has got to reflect the same level of urgency," Ms. Whitmer said on Sunday as she announced new restrictions, the Times reported.

In Washington, Gov. Jay Inslee said he was ordering fitness facilities and restaurants to stop serving customers indoors, shutting down museums and limiting retail stores to 25 percent of capacity indoors, the Times reported.

From a two-week lockdown in New Mexico to a new mask mandate in North Dakota, governors and mayors across the United States are taking increasingly stringent steps to slow the coronavirus with cases rising in 48 states, the Times reported.

In Chicago, a sweeping stay-at-home order goes into effect on Monday. Philadelphia is expected to announce new restrictions on movement later in the day, the Times reported.

On Friday, Virginia Gov. Ralph Northam tightened limits on restaurants and indoor gatherings, effective Monday, while the governors of California, Oregon and Washington state issued a joint statement discouraging travel and advising visitors to quarantine upon arrival for 14 days, the Washington Post reported. Meanwhile, the mayor of New York warned parents that public schools could close as soon as Monday.

Things will likely get worse.

On Sunday, Dr Anthony Fauci said 200,000 more people could die by spring if Americans do not embrace public health measures, even with an effective vaccine, the Post reported.

Many European countries are tightening restrictions, the AP reported. France began a nationwide lockdown last week, and Germany and Austria have started partial lockdowns as government officials across the continent scramble to slow a sharp rise in infections that threatens to overwhelm their health care systems.

Things are no better in India, where the coronavirus case count has passed 8.8 million, a Johns Hopkins tally showed. More than 130,000 coronavirus patients have died in India, according to the Hopkins tally, but when measured as a proportion of the population, the country has had far fewer deaths than many others. Doctors say this reflects India's younger and leaner population. Still, the country's public health system is severely strained, and some sick patients cannot find hospital beds, the Times said. Only the United States has more coronavirus cases.

Meanwhile, Brazil passed 5.8 million cases and had over 165,700 deaths as of Monday, the Hopkins tally showed.

Worldwide, the number of reported infections passed 52.8 million on Friday, with nearly 1.3 million deaths, according to the Hopkins tally.