See What HealthDay Can Do For You
Contact Us
December 2, 2020 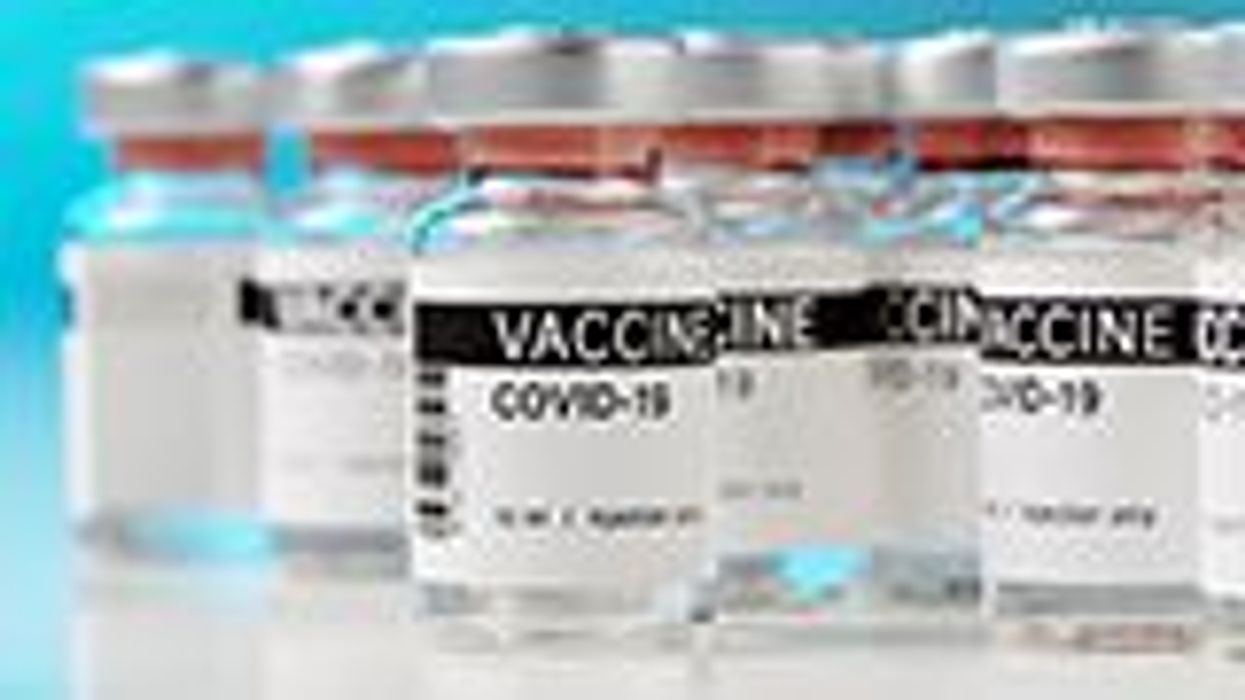 WEDNESDAY, Dec. 2, 2020 (HealthDay News) – Britain became the first Western country to allow emergency use of a coronavirus vaccine on Wednesday, after approving Pfizer's candidate in the race to inoculate millions of people around the globe.

"Help is on its way with this vaccine -- and we can now say that with certainty, rather than with all the caveats," British Health Secretary Matt Hancock said Wednesday.

Having beat the United States to emergency approval of a coronavirus vaccine may pressure American regulators, who are already taking heat for not moving faster to get doses to people, The New York Times reported. And it has stirred up a global debate on how to balance the dire need for a vaccine against the importance of looking for clear signs that a vaccine is safe.

Though Britain has an early jump on distribution of the Pfizer vaccine, it will have no effect on the distribution of the hundreds of millions of doses that other wealthy countries like the United States have bought in prepaid contracts, the Times said.

But there are daunting obstacles to the vaccine's delivery to the masses.

The Pfizer vaccine, developed with the German firm BioNTech, must be kept at the very cold temperature of minus 94 degrees Fahrenheit until shortly before shots are given. However, Pfizer said in a statement released Wednesday that it has developed special shipping containers that use dry ice to keep the vaccine cold. GPS sensors will allow the company to track each shipment and ensure it stays cold, the company added.

"Pfizer has vast experience and expertise in cold-chain shipping and has an established infrastructure to supply the vaccine worldwide, including distribution hubs that can store vaccine doses for up to six months," the company said.

Still, the temperature requirement could dictate who will be vaccinated first in Britain: While nursing home residents were supposed to be the top priority under an advisory committee's plans, efforts to limit transportation of the vaccine may mean that National Health Service staff will receive the shots first, the Times reported. The British government said Wednesday that 800,000 doses would be available by next week for health workers to begin administering.

In the United States, an advisory panel on Tuesday approved a vaccine distribution plan that recommends health care workers and nursing home residents and staff be the first to receive any approved coronavirus vaccine. The recommendation from the Advisory Committee on Immunization Practice (ACIP), if heeded, will steer the initial short supply of vaccines to about 21 million health care personnel and 3 million Americans working or living in long-term care facilities.

At the same time, the White House summoned FDA Commissioner Dr. Stephen Hahn for a meeting on Tuesday to discuss concerns that Britain would approve a coronavirus vaccine first. An FDA advisory panel is set to meet on Dec. 10 to decide whether the agency should grant emergency authorization to the Pfizer vaccine, the Times reported.

The global race to develop a vaccine has been stunningly fast. Around the world, researchers are testing 57 vaccines in clinical trials, and nearly 100 others are being tested in animals or cells. China and Russia have both approved vaccines without waiting for the results of late-stage trials, which experts say raises safety concerns.

Yet another record for COVID-19 hospitalizations was set on Tuesday, with more than 98,600 patients battling severe cases of the virus.

Counts of new coronavirus infections and fatalities have been down in the past few days, a common occurrence over holidays and weekends due to delays in testing and reporting, the Washington Post reported. But the number of hospitalizations rose by more than 12 percent over the past week, the newspaper added.

On Monday, Rhode Island became the latest state to begin sending patients to a temporary field hospital due to rising demand for beds while New York told hospitals to start emergency measures that include identifying retired staff who can return to work and figuring out ways to expand their bed capacity by 50 percent. And California Gov. Gavin Newsom warned that the state's intensive care units were already two-thirds full and could reach 112 percent capacity by mid-December, the Post reported.

Los Angeles County imposed a stay-at-home order for its 10 million residents, and Santa Clara County, in the heart of Silicon Valley, banned high school, college and professional sports and decreed a quarantine for those who have traveled more than 150 miles outside the county, the AP said.

All 10 million residents have been asked to stay home as much as possible and wear face masks when outside -- even when exercising at the beach and parks. The order also reduces the maximum occupancy for essential businesses to 35%, and for non-essential businesses, personal care services, and libraries to 20%. The directive incudes a controversial new ban on outdoor dining on Los Angeles County, CNN reported.

"The red flags are flying in terms of the trajectory in our projections of growth," California Gov. Gavin Newsom told residents. "If these trends continue, we're going to have to take much more dramatic, arguably drastic, action."

In Hawaii, the mayor of Hawaii County said travelers arriving without a negative COVID-19 test must quarantine for 14 days, and even those who have tested virus-free may be randomly selected for another test upon arrival, the AP reported. New Jersey is suspending all youth sports.

Health experts had pleaded with Americans to stay home over Thanksgiving and not gather with anyone who didn't live with them. Still, almost 1.2 million people passed through U.S. airports on Sunday, the most since the pandemic gripped the country in March, while others took to the highways to be with family and friends, the AP reported.

Moderna to request emergency approval for its vaccine

Meanwhile, Moderna applied on Monday for emergency use authorization of its coronavirus vaccine and the first shots could be given as early as Dec. 21, the Times reported.

Moderna's application is based on data showing that its vaccine is 94.1 percent effective, and that its study of 30,000 people has met the scientific criteria needed to determine whether the vaccine works. The finding from the complete set of data is in line with earlier data that found the vaccine to be 94.5 percent effective, the Times said.

Not only that, the vaccine was 100 percent effective at preventing severe disease from the coronavirus, Moderna officials said. The product was developed in collaboration with government researchers from the Vaccine Research Center at the National Institute of Allergy and Infectious Diseases.

The company is "on track" to produce 20 million doses by the end of December, and 500 million to a billion in 2021, the newspaper reported. Each person requires two doses, administered a month apart, so 20 million doses will be enough for 10 million people.

Earlier this month, Pfizer asked the U.S. Food and Drug Administration for the same emergency use approval. Pfizer has said it can produce up to 50 million doses this year, with about half going to the United States, the Times reported. Its vaccine also requires two doses per person.

By Wednesday, the U.S. coronavirus case count passed 13.7 million while the death toll passed 270,000, according to a Times tally. According to the same tally, the top five states in coronavirus cases as of Wednesday were: Texas and California with just over 1.2 million cases each; Florida with just over 1 million cases; Illinois with more than 740,000; and New York with over 660,000.

Many European countries are tightening restrictions, the Associated Press reported. France has entered a nationwide lockdown, and Germany and Austria have started partial lockdowns as government officials across the continent scramble to slow a sharp rise in infections that threatens to overwhelm their health care systems.

Things are no better in India, where the coronavirus case count has passed 9.4 million on Wednesday, a Johns Hopkins University tally showed. More than 138,000 coronavirus patients have died in India, according to the Hopkins tally, but when measured as a proportion of the population, the country has had far fewer deaths than many others. Doctors say this reflects India's younger and leaner population. Still, the country's public health system is severely strained, and some sick patients cannot find hospital beds, the Times said. Only the United States has more coronavirus cases.

Meanwhile, Brazil passed 6.3 million cases and had nearly 174,000 deaths as of Wednesday, the Hopkins tally showed.

Worldwide, the number of reported infections neared 64 million on Wednesday, with nearly 1.5 million deaths recorded, according to the Hopkins tally.