See What HealthDay Can Do For You
Contact Us
February 11, 2021

By April, All Americans Will Be Able to Get COVID Vaccines: Fauci 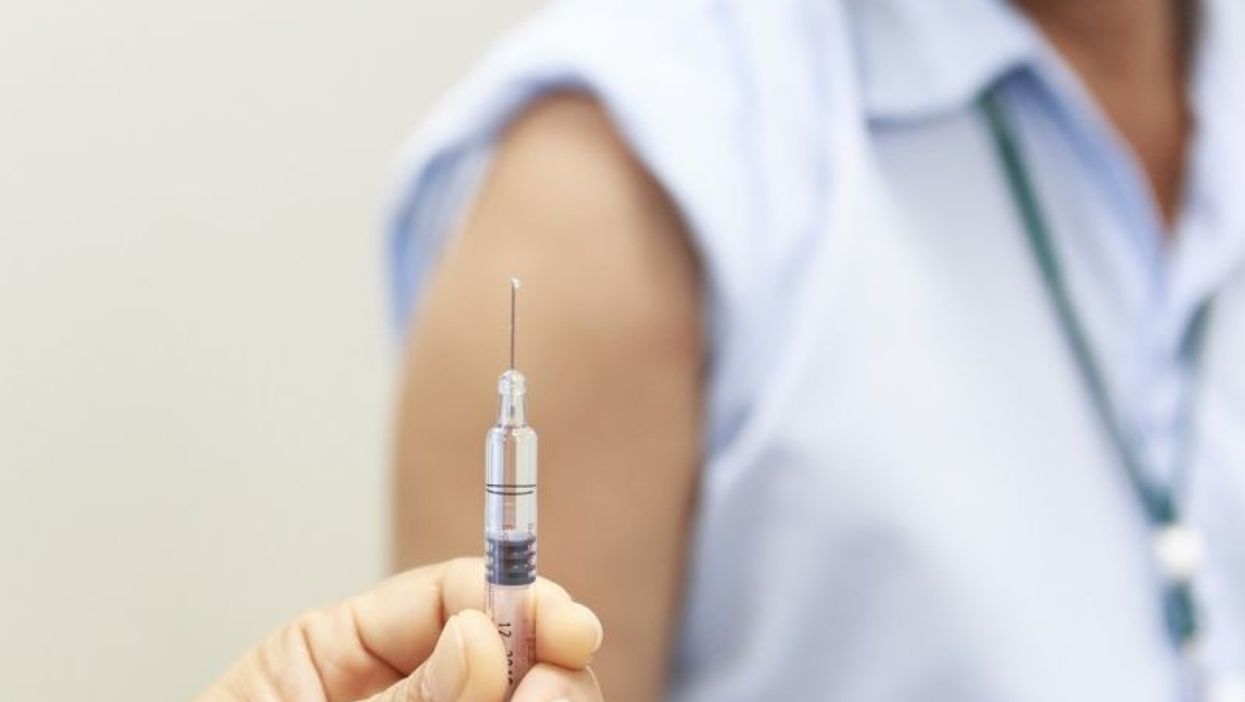 THURSDAY, Feb. 11, 2021 (HealthDay News) -- Any American will be able to get a coronavirus vaccine by April, the nation's leading infectious diseases expert predicted Thursday.

During an interview on the "Today Show," Dr. Anthony Fauci said that month will be "open season" for vaccinations, as increased supplies of the vaccines will allow most people to get shots to protect against COVID-19.

Fauci, who serves as science adviser to President Joe Biden, added that the rate of vaccinations will greatly accelerate in the coming months. Why? He credited forthcoming deliveries of the two approved vaccines, the potential approval of a third vaccine and measures taken by the Biden administration to increase capacity to deliver doses.

"By the time we get to April," it will be "open season, namely virtually everybody and anybody in any category could start to get vaccinated," Fauci noted.

Despite that good news, he cautioned it will take "several more months" to actually deliver shots to Americans, but herd immunity could be achieved by late summer.

Meanwhile, fully vaccinated Americans can now skip quarantines if they are exposed to someone infected with COVID-19, new federal guidelines say.

"Fully vaccinated persons who meet criteria will no longer be required to quarantine following an exposure to someone with COVID-19," the U.S. Centers for Disease Control and Prevention said in updated guidance posted Wednesday on its website.

There was one caveat: At least two weeks must have passed since the second shot, because it takes that long to build full immunity. But the CDC says it's not known how long protection lasts, so people who had their last shot three months ago or more should still quarantine if they are exposed or show symptoms, the agency added.

"This recommendation to waive quarantine for people with vaccine-derived immunity aligns with quarantine recommendations for those with natural immunity," the CDC said. People who have been vaccinated should still watch for symptoms for 14 days after they have been exposed to someone who is infected, the agency added.

"At this time, vaccinated persons should continue to follow current guidance to protect themselves and others, including wearing a mask, staying at least 6 feet away from others, avoiding crowds, avoiding poorly ventilated spaces, covering coughs and sneezes, washing hands often, following CDC travel guidance, and following any applicable workplace or school guidance, including guidance related to personal protective equipment use or SARS-CoV-2 testing," the agency said.

As the United States enters a critical phase of its national coronavirus vaccination campaign, a new poll shows that two-thirds of Americans are frustrated with how hard it is to get immunized against COVID-19.

The Gallup Poll, released Wednesday morning, comes as health officials across the country are desperately juggling precious vaccine doses so they can put second shots into the arms of those who have had their first dose, while still getting first shots to eligible Americans.

In the poll, 66 percent of Americans were dissatisfied with the handling of the vaccine rollout, including 21 percent who were "very dissatisfied," according to the survey of 4,098 adults conducted between Jan. 25 and Jan. 31. The effort, hampered by long lines and vaccine shortages, has frustrated many people eligible for immunization, including health-care workers and seniors, as some have been unable to book appointments, the Washington Post reported.

But a heartening sign also emerged: Despite the frustration, the same survey found an increase in interest to get the vaccine, with 71 percent of Americans now willing to be vaccinated, up from 65 percent in late December, the Post reported.

One of the most common reasons people gave for feeling reluctant was concern about the rushed timeline. Twenty-two percent said they want to wait for more people to get vaccinated to confirm it is safe. But 28 percent cited other reasons, including theories that concern about the virus is overblown or they already have antibodies because of previous COVID-19 infection.

The results may reflect lingering worries from the Trump administration's initial rollout of vaccines, according to Gallup, as Biden and other Democrats have campaigned to convince Americans the approved vaccines are safe and effective.

While Americans in both political parties have increasingly expressed their willingness to get the vaccine, Democrats surveyed were far more likely to want to get vaccinated. Ninety-one percent of Democrats said they were willing to be immunized, and about 51 percent of Republicans said the same — the highest percentages to date for either group, the Post reported.

The highly contagious coronavirus variant that drove Britain into lockdown in December is now spreading quickly across the United States, a new study shows.

What has been dubbed the B.1.1.7 variant is doubling its prevalence every nine days in this country, according to a report posted on the preprint server MedRxiv this week and not yet peer-reviewed or published in a journal. The findings, from a large collaboration of scientists, buttresses a forecast issued last month by the U.S. Centers for Disease Control and Prevention that showed the variant becoming dominant in this country by late March.

The researchers scrutinized genomic analyses of the virus samples from 10 states, including from 212 infections involving the variant, and concluded that the variant has been 35% to 45% more transmissible than other variants in the United States.

"It is here, it's got its hooks deep into this country, and it's on its way to very quickly becoming the dominant lineage," study co-author Michael Worobey, an evolutionary biologist at the University of Arizona, told the Post.

In the study, Florida stands out as the state with the highest estimated prevalence of the variant. The new report estimated the doubling time of B.1.1.7 prevalence in positive test results at just over nine days.

Mary Jo Trepka, an epidemiologist at Florida International University, told the Post she is not surprised by the spread of the variant in Florida, because the state has not been strict about mask mandates or other restrictions, while at the same time it is a hub for international travel.

"The message is that we have to work harder to prevent transmission of all these cases of COVID," she said. "If we don't, we'll potentially see more variants. We need to get everybody vaccinated and we need to do a much better job at preventing transmission."

The variant first appeared in genomic surveys in the United Kingdom in September, but did not get tagged as a "variant of concern" until early December when its rapid spread stunned scientists and prompted lockdowns in southern England.

"What concerns me is the exponential growth in the early stages doesn't look very fast," Andrew Noymer, an epidemiologist at the University of California, Irvine, who was not part of the new study, told the Post. "It kind of putzes along -- and then goes boom."

U.S. health officials say they are in a race against time to increase the number of Americans vaccinated as more contagious variants of the virus spread across America. By Thursday, more than 44.7 million Americans had been vaccinated, while nearly 66 million doses have been distributed. Just over 10.4 million people have had their second shot, according to the CDC.

In India, the coronavirus case count was nearly 10.8 million by Thursday, a Johns Hopkins University tally showed. Brazil had over 9.6 million cases and more than 234,800 deaths as of Thursday, the Hopkins tally showed.

Worldwide, the number of reported infections passed 107.4 million on Thursday, with over 2.3 million deaths recorded, according to the Hopkins tally.