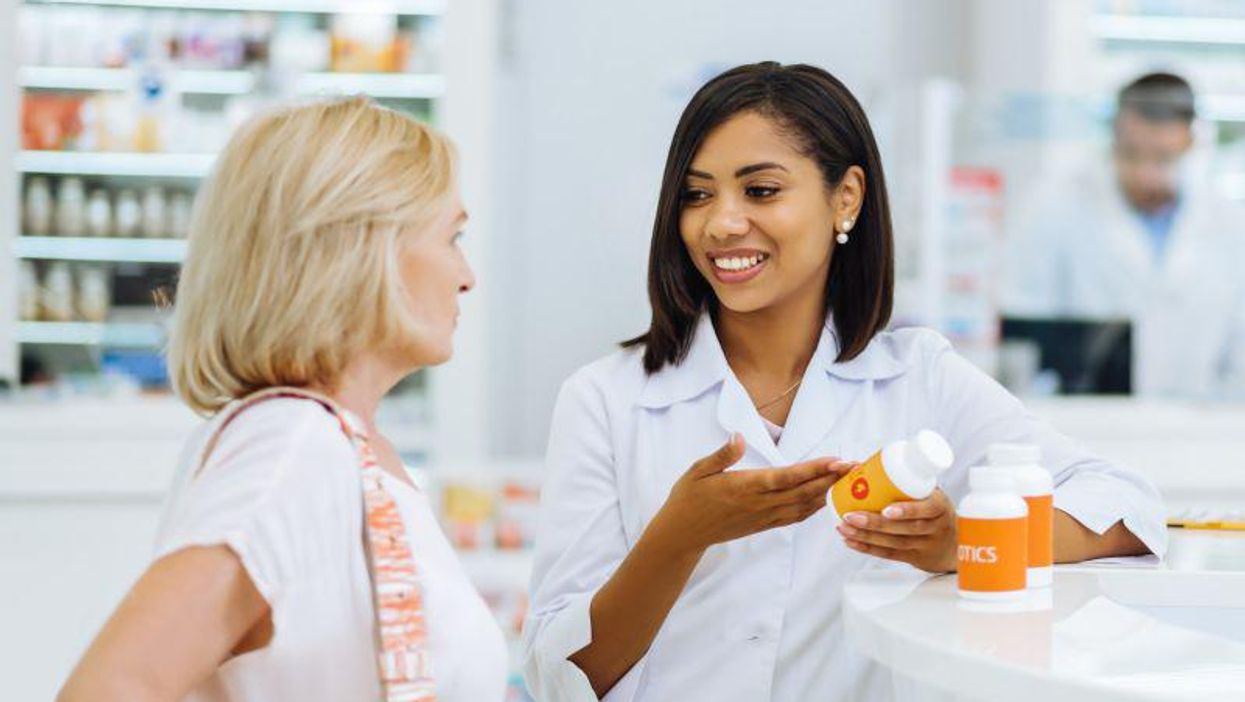 WEDNESDAY, Feb. 3, 2021 (HealthDay News) -- The Biden administration said Tuesday that it will begin to deliver much needed coronavirus vaccines directly to retail pharmacies across the country.

The partnership includes 21 national pharmacies and will eventually include 40,000 locations across the country. The first shipment of 1 million vaccine doses will go out Feb. 11, the Washington Post reported.

"This will provide more sites for people to get vaccinated in their communities, and it's an important component to delivering vaccines equitably," Jeffrey Zients, the White House COVID-19 response coordinator, said during a media briefing Tuesday. "This pharmacy program will expand access in neighborhoods across the country so you can make an appointment and get your shot conveniently and quickly."

The direct shipment will begin with a group of 6,500 stores. The initial locations will be in communities whose residents have disproportionately borne the burden of severe COVID-19, the Post reported.

The decision to send vaccine doses straight to pharmacies is based on the premise that they may be more familiar and easier to navigate than websites run by public health departments, the newspaper said.

Zients tried to temper expectations for how much this first effort would help Americans frustrated by the difficulty of getting vaccine appointments.

"Many pharmacies across the country will not have vaccines or will have very limited supply," he said, without predicting a time frame for widening the use of retail locations.

He also announced that, starting this week, states are receiving 5 percent more vaccine doses, in addition to an already-announced increase of 16 percent, bringing the total to 10.5 million doses a week, the Post reported.

In more good news on Tuesday, new data shows that the vaccine developed by the University of Oxford and AstraZeneca not only protects people from serious illness and death, but it has the potential to reduce transmission of the virus.

The Oxford researchers say their findings offer the first evidence that any coronavirus vaccine can reduce transmission of the virus, The New York Times reported.

Researchers measured the impact on transmission by swabbing participants every week to spot signs of the virus. If there is no virus present, even if someone is infected, it cannot be spread, they explained.

They found a 67 percent reduction in positive swabs among those who got the AstraZeneca shot.

The results have not been peer-reviewed but are awaiting publication in The Lancet medical journal, the university said in a statement.

"We now know that the Oxford vaccine also reduces transmission, and that will help us all get out of this pandemic," Hancock told the BBC on Wednesday morning.

But some scientists looking at the limited information released said more analysis of the data was needed.

"While this would be extremely welcome news, we do need more data before this can be confirmed and so it's important that we all still continue to follow social distancing guidance after we have been vaccinated," said Dr. Doug Brown, chief executive of the British Society for Immunology.

In addition to reduced transmission, the researchers also found that a single dose of the vaccine was 76 percent effective at preventing COVID-19.

In the United States, the Food and Drug Administration is waiting on data from a clinical trial on the AstraZeneca vaccine that enrolled about 30,000 participants, mostly Americans. Results from that study are expected later this month. The study is expected to arm AstraZeneca with enough safety data to seek emergency use authorization by early March. The United States has agreed to buy 300 million doses of AstraZeneca's vaccine, but neither the company nor the federal government has said when and in what quantities those doses will be available once the vaccine is approved, the Times reported.

If new, more contagious variants become dominant in the United States, a high rate of Americans who have already suffered through a case of COVID-19 will likely get re-infected.

Therefore, "you need to get vaccinated when it becomes available as quickly and as expeditiously as possible throughout the country," Fauci told CNN on Monday.

At least three coronavirus variants that appeared to originate in Britain, South Africa and Brazil have surfaced in the United States. While the average COVID-19 case rate in this country has declined in recent weeks, officials are concerned these variants could fuel another surge.

Fauci, the director of the U.S. National Institute for Allergy and Infectious Diseases, said Monday that health experts in South Africa have already seen that the variant there has such a high rate of re-infection that previous infection did not appear to protect people.

Ramping up the U.S. vaccination campaign is the best way to lower the chances that these new variants will fuel yet another surge in America, he noted.

Most importantly, current vaccines can still protect against serious disease, including hospitalization and death, regardless of the variant a person is infected with, Fauci said.

At the same time, widespread vaccination could help keep the new variants from becoming more dominant.

"Viruses cannot mutate if they don't replicate. And if you stop their replication by vaccinating widely and not giving the virus an open playing field to continue to respond to the pressures that you put on it, you will not get mutations," Fauci explained during a White House COVID-19 response team briefing on Monday.

As of Wednesday, nearly 33 million Americans had been vaccinated, while 52.6 million doses have been distributed, according to the U.S. Centers for Disease Control and Prevention. Six million people have gotten their second shot.

As the United States grappled with trying to track down variant cases, Public Health England reported a disturbing discovery on Monday: The variant that has brought that country to its knees appears to be gaining a mutation that could help it elude vaccines, the Times reported.

The variant, known as B.1.1.7, first came to light in December as scientists determined that it had rapidly become more common across Britain in just a couple of months. Since B.1.1.7's discovery in Britain, the variant has been reported in 72 other countries. The United States confirmed its first case of B.1.1.7 on Dec. 29. As of Wednesday, the U.S. Centers for Disease Control and Prevention has recorded 541 samples of the variant in 33 states.

Public Health England said that the worrisome mutation known as E484K appears to have arisen in 11 of more than 200,000 B.1.1.7 coronavirus variant samples in the United Kingdom. Two variants in Brazil have also gained the same mutation. This repeated emergence is a powerful clue that it might provide coronaviruses with a competitive edge, the Times reported.

British health officials estimated that the variant's rate of infection is 25 percent to 40 percent higher than that of other forms of the coronavirus. Some preliminary evidence suggests that it may also cause more deaths, the Times reported.

In South Africa, where another more infectious variant is now dominant, the Novavax and Johnson & Johnson vaccines have both been less effective in trials. That variant also carries the E484K mutation, and it has been reported in 31 countries so far, the Times reported. In the United States, the variant has turned up in Maryland and in South Carolina, according to the CDC.

Exactly why the mutation turns up so often is a mystery. Nicholas Davies, a mathematical biologist at the London School of Hygiene and Tropical Medicine, told the Times it was possible that it enabled the coronavirus to evade antibodies created by previous infections from other variants. "E484K may well convey a fitness advantage in settings where there is existing immunity," he said.

In India, the coronavirus case count was over 10.7 million by Wednesday, a Johns Hopkins University tally showed. Brazil had nearly 9.3 million cases and more than 226,000 deaths as of Wednesday, the Hopkins tally showed.

Worldwide, the number of reported infections passed 103.9 million on Wednesday, with more than 2.2 million deaths recorded, according to the Hopkins tally.