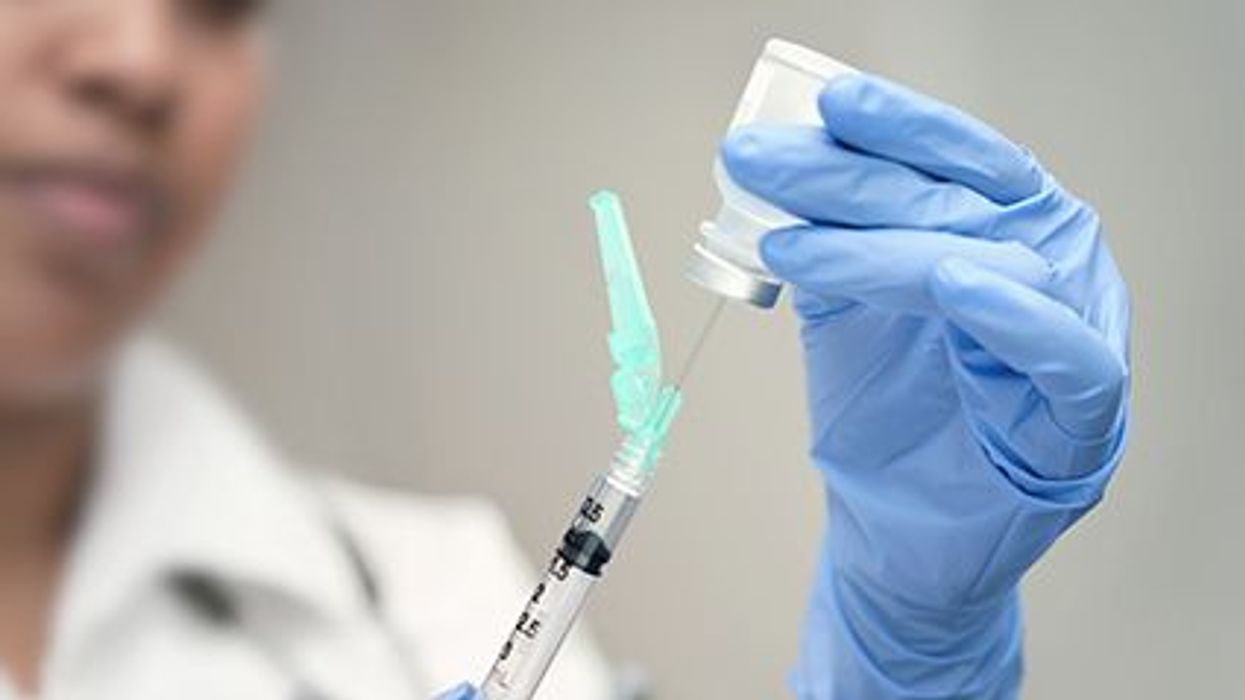 The findings may help restore confidence in the vaccine that was lost recently after more than a dozen countries, mostly in Europe, suspended use of the shot following reports of rare blood clots. Most of those countries returned to using the AstraZeneca vaccine late last week, after the European Medicines Agency, which regulates drugs in the European Union, analyzed the data and pronounced the vaccine safe and effective.

The U.S. government has pre-ordered 300 million doses of AstraZeneca's vaccine, according to the Washington Post. Three vaccines, from Pfizer, Moderna and Johnson & Johnson, have already received emergency use approval.

"We are confident this vaccine can play an important role in protecting millions of people worldwide against this lethal virus," Mene Pangalos, executive vice president at BioPharmaceuticals R&D at AstraZeneca, said in a company news release. "We are preparing to submit these findings to the U.S. Food and Drug Administration and for the rollout of millions of doses across America should the vaccine be granted U.S. Emergency Use Authorization."

Involving more than 32,000 participants, the U.S. trial of the AstraZeneca vaccine was the largest test to date for the shot. The findings also showed that the vaccine offered 80 percent protection for older people, who had not been as well-represented in earlier studies.

"These findings reconfirm previous results observed in [AstraZeneca vaccine] trials across all adult populations, but it's exciting to see similar efficacy results in people over 65 for the first time," co-lead principal investigator Ann Falsy, a professor of medicine at the University of Rochester' School of Medicine, said in the company news release.

Still, the results may not make much difference in the United States, where vaccine experts noted the AstraZeneca vaccine is different.

"It's clear more questions have been raised about the AstraZeneca vaccine than about any of the other vaccines which are now authorized in the US," Dr. Arnold Monto, acting chair of the FDA's Vaccines and Related Biological Products Advisory Committee, which authorizes all vaccines in the United States, told CNN.

"It does feel different, and it felt different even before the whole blood clot kerfuffle," Dr. William Schaffner, a liaison member of the CDC's Advisory Committee on Immunization Practices, told CNN.

As for reports on rare clotting issues, "It's hard to unring that bell," Dr. Paul Offit, a member of the FDA advisory committee told CNN. "Once people are scared, it's hard to unscare them."

Even if AstraZeneca was given emergency approval by the FDA, the vaccine is unlikely to become available before May, The New York Times reported.

AstraZeneca's vaccine has already been approved in more than 70 countries, but clearance from American regulators would boost the vaccine's reputation globally, the Times said.

The interim results announced on Monday were based on 141 COVID-19 cases that had turned up in volunteers. Two-thirds of participants were given the vaccine, with doses spaced four weeks apart, and the rest received a saline placebo.

President Joe Biden's promise of 100 million vaccinations in the first 100 days of his administration was met Friday, more than 40 days ahead of schedule.

"I'm proud to announce that tomorrow, 58 days into our administration, we will have met our goal," Biden said Thursday during a speech on the state of the country's vaccination campaign. He added that he would unveil a new vaccination target next week, with the United States expecting to have enough of the three currently authorized vaccines to cover the entire adult population by May 1, the Associated Press reported.

Ahead of Biden's remarks, the White House announced it was finalizing plans to send a combined 4 million doses of the AstraZeneca COVID-19 vaccine to Mexico and Canada in its first export of surplus shots, the AP reported.

White House Press Secretary Jen Psaki said the details of the "loan" were still being worked out, but 2.5 million doses would go to Mexico and 1.5 million would be sent to Canada.

"Our first priority remains vaccinating the U.S. population," Psaki told reporters. But she added that "ensuring our neighbors can contain the virus is a mission critical step, [and] is mission critical to ending the pandemic."

The 100 million-dose goal was first announced on Dec. 8, days before the United States had even one authorized vaccine for COVID-19, let alone three. By the time Biden was inaugurated on Jan. 20, 20 million shots had been given at a rate of about 1 million per day, the AP reported.

Now, an average of about 2.2 million doses each day are going into the arms of Americans. That pace will likely jump later this month with an expected surge in vaccine supply, the AP said.

Biden has moved to speed deliveries of vaccines from Pfizer, Moderna and Johnson & Johnson, as well as to expand the number of places to get shots and people who can administer them, the AP reported.

As of Monday, 81.4 million Americans had received their first dose of a COVID-19 vaccine, while 44.1 million had gotten their second shot.

Reinfection with COVID-19 in people who've already had the illness is very rare, and most people are protected against reinfection for at least six months, a new report finds.

However, immunity appears to drop sharply in those aged 65 and older, researchers found.

The older age group had only about 47% protection against repeat infection, compared to younger people who seemed to have about 80% protection from reinfection, the team discovered. Less than 1% of those under 65 were reinfected, while 3.6% of people 65 and older suffered a second bout of COVID-19.

"Given what is at stake, the results emphasize how important it is that people adhere to measures implemented to keep themselves and others safe, even if they have already had COVID-19," study co-author Dr. Steen Ethelberg, of the Statens Serum Institut in Denmark, said in a journal news release.

"The takeaway is that the elderly must continue to practice mitigation measures such as wearing masks and social distancing -- along with getting vaccinated -- even if they have been previously diagnosed with COVID-19," said Dr. Robert Glatter, an emergency physician at Lenox Hill Hospital in New York City.

Dr. Amesh Adalja, a senior scholar at the Johns Hopkins Center for Health Security in Baltimore, noted that second bouts of COVID-19 might not be as severe as a first encounter.

"We've known that with other coronaviruses, reinfection is common after a several months-long period of time -- which appears to be the case with SARS-CoV-2 as well -- and they are generally mild," he said.

In a commentary that accompanied the study, immunologists Dr. Rosemary Boyton and Daniel Altmann, of Imperial College London, called the variation in reinfection rates "relatively alarming."

"Only 80% protection from reinfection in general, decreasing to 47% in people aged 65 years and older, are more concerning figures than offered by previous studies," they wrote."These data are all confirmation, if it were needed, that for SARS-CoV-2 the hope of protective immunity through natural infections might not be within our reach and a global vaccination program with high-efficacy vaccines is the enduring solution."

In Brazil, the coronavirus case count was nearly over 12 million by Monday, with more than 294,000 deaths, a Johns Hopkins University tally showed. India had over 11.6 million cases and nearly 160,000 deaths as of Monday, the Hopkins tally showed.

Worldwide, the number of reported infections neared 123.3 million on Monday, with over 2.7 million deaths recorded, according to the Hopkins tally.