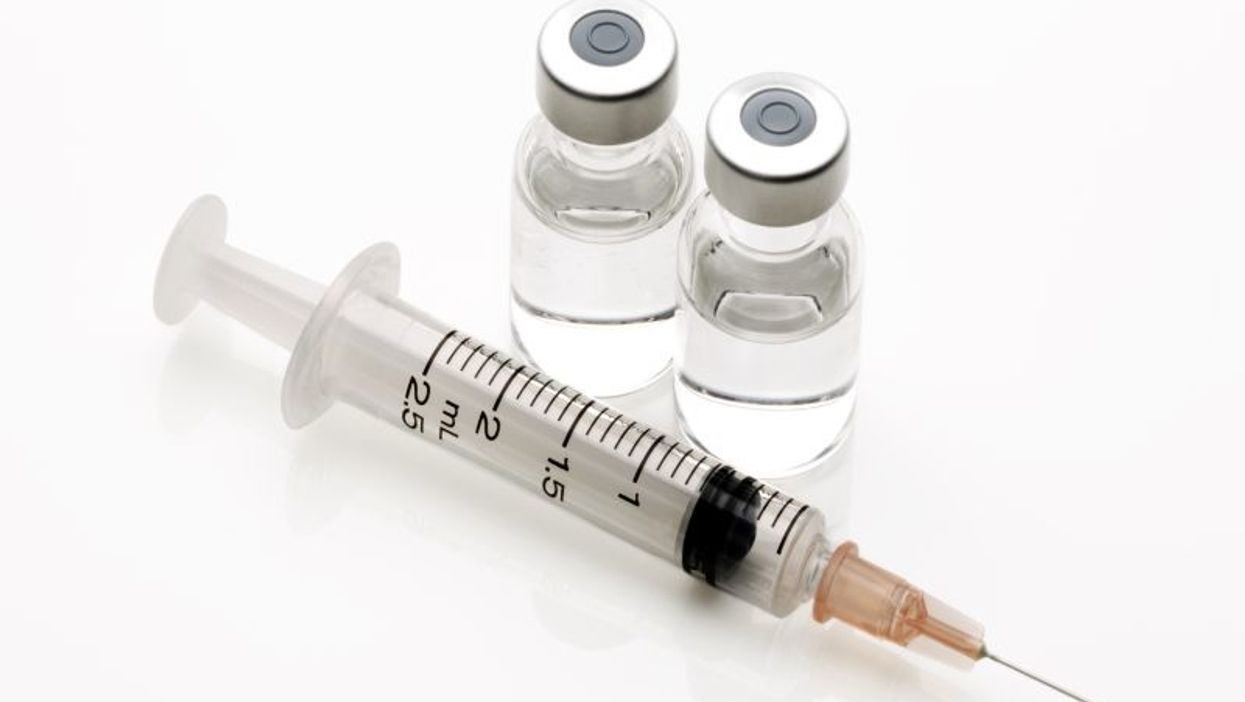 In a two-page letter to AstraZeneca and federal authorities on Monday, an independent panel of medical experts that was helping oversee the vaccine's U.S. clinical trial in the United States said the company had essentially cherry-picked data that was "most favorable for the study as opposed to the most recent and most complete," The New York Times reported.

Hours earlier, AstraZeneca had issued a news release touting the power of its vaccine, whose low price has made it the leading candidate to vaccinate people worldwide. The company said that, based on its U.S. trial, the vaccine appeared to be 79 percent effective at preventing COVID-19.

In a statement released shortly after midnight on Monday, the National Institute of Allergy and Infectious Diseases (NIAID) urged AstraZeneca to work with the oversight board "to review the efficacy data and ensure the most accurate, up-to-date efficacy data be made public as quickly as possible."

On Tuesday, AstraZeneca defended the data it released on Monday, saying that the interim results appeared to be "consistent" with more recent data. The company said it would immediately share its latest efficacy data with the monitoring board and reissue fuller results within 48 hours, the Times reported.

Dr. Eric Topol, a clinical trials expert at Scripps Research in San Diego, said it was "highly irregular" to see such a public display of friction between an oversight board and a study sponsor.

"I've never seen anything like this," he told the Times after the institute's statement was released. "It's so, so troubling."

The results announced Monday seemed to boost global confidence in the vaccine, which was shaken earlier this month when more than a dozen countries, mostly in Europe, temporarily suspended the shot's use over worrying reports of rare cases of blood clots. Most of those countries returned to using the AstraZeneca vaccine late last week, after the European Medicines Agency, which regulates drugs in the European Union, analyzed the data and pronounced the vaccine safe and effective.

AstraZeneca's relationship with U.S. authorities has been tense since last year, when senior health officials believed the company was not being forthright about the design of its clinical trials, its results and safety issues, the Times reported.

That U.S. trial, which involved more than 32,000 participants, was the largest test of its kind for the shot.

The company's efforts might not make much difference in the United States, where the vaccine is not yet authorized and is unlikely to become available before May, the Times said. By then, there will be enough vaccine doses for all of the nation's adults from the three vaccines that have already been authorized: Pfizer, Moderna and Johnson & Johnson.

Already approved in more than 70 countries, the AstraZeneca vaccine has been given to millions of people worldwide, including more than 17 million in Britain and the European Union, the Times reported.

"It's clear more questions have been raised about the AstraZeneca vaccine than about any of the other vaccines which are now authorized in the U.S.," Dr. Arnold Monto, acting chair of the FDA's Vaccines and Related Biological Products Advisory Committee, which authorizes all vaccines in the United States, told CNN on Monday.

"It does feel different, and it felt different even before the whole blood clot kerfuffle," Dr. William Schaffner, a liaison member of the CDC's Advisory Committee on Immunization Practices, told CNN.

As for reports on rare clotting issues, "It's hard to unring that bell," Dr. Paul Offit, a member of the FDA advisory committee, told CNN. "Once people are scared, it's hard to unscare them."

President Joe Biden's promise of 100 million vaccinations in the first 100 days of his administration was met Friday, more than 40 days ahead of schedule.

"I'm proud to announce that tomorrow, 58 days into our administration, we will have met our goal," Biden said last Thursday during a speech on the state of the country's vaccination campaign. He added that he would unveil a new vaccination target this week, with the United States expecting to have enough of the three currently authorized vaccines to cover the entire adult population by May 1, the Associated Press reported.

Ahead of Biden's remarks, the White House announced it was finalizing plans to send a combined 4 million doses of the AstraZeneca COVID-19 vaccine to Mexico and Canada in its first export of surplus shots, the AP reported.

White House Press Secretary Jen Psaki said the details of the "loan" were still being worked out, but 2.5 million doses would go to Mexico and 1.5 million would be sent to Canada.

"Our first priority remains vaccinating the U.S. population," Psaki told reporters. But she added that "ensuring our neighbors can contain the virus is a mission critical step, [and] is mission critical to ending the pandemic."

The 100 million-dose goal was first announced on Dec. 8, days before the United States had even one authorized vaccine for COVID-19, let alone three. By the time Biden was inaugurated on Jan. 20, 20 million shots had been given at a rate of about 1 million per day, the AP reported.

Now, an average of about 2.2 million doses each day are going into the arms of Americans. That pace will likely jump later this month with an expected surge in vaccine supply, the AP said.

Biden has moved to speed deliveries of vaccines from Pfizer, Moderna and Johnson & Johnson, as well as to expand the number of places to get shots and people who can administer them, the AP reported.

As of Tuesday, nearly 82.8 million Americans had received their first dose of a COVID-19 vaccine, while nearly 45 million had gotten their second shot.

In Brazil, the coronavirus case count was over 12 million by Tuesday, with more than 295,000 deaths, a Johns Hopkins University tally showed. India had nearly 11.7 million cases and 0ver 160,000 deaths as of Monday, the Hopkins tally showed.

Worldwide, the number of reported infections passed 123.7 million on Tuesday, with over 2.7 million deaths recorded, according to the Hopkins tally.