Anabolic Steroids Could Do Long-Term Harm to Testicles: Study 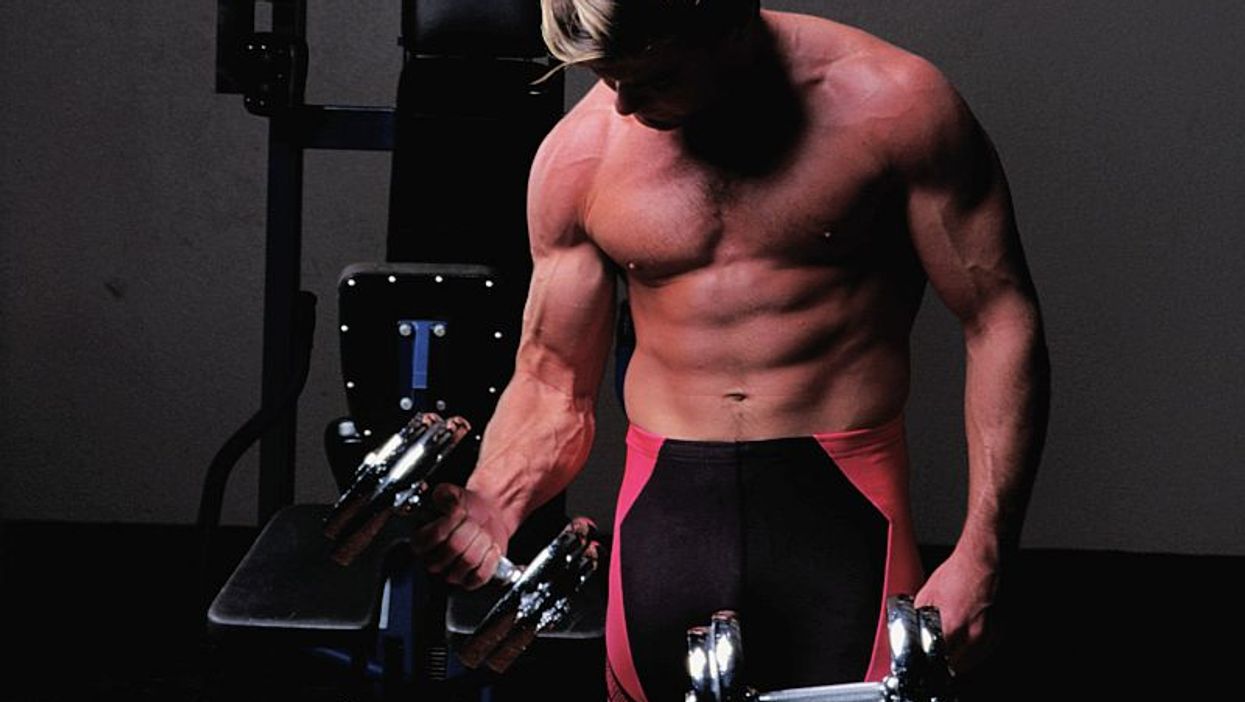 And the damage may last long after they stop.

Illegal use of the drugs is not uncommon among athletes seeking to increase muscle size and strength and look more muscular, according to study lead author Dr. Jon Rasmussen, a postdoctoral scientist at the University Hospital of Copenhagen in Denmark.

Clinicians have long understood that illicit use can lead to adverse effects, including breast growth, hair loss and shrunken testicles.

Use is also known to lower testosterone production -- a condition called hypogonadism -- which can lead to impotence, diminished sex drive and lower sperm count.

But would testosterone deficiency remain a problem even after steroid use stopped?

Rasmussen said his team's new investigation suggests the answer is yes. The researchers found evidence of impaired testicular function years after use of the drugs had stopped.

For the study, 132 men were tracked between 2014 and 2017. Participants ranged from 18 to 50 years of age (average age: 32). All were involved in what was described as "recreational strength training."

About a third had never used anabolic steroids, while another third were current users. The rest were former users who, on average, had quit about 32 months before.

Because blood levels of testosterone can vary dramatically throughout the day, rendering measurements unreliable, researchers focused instead on a marker called INSL3.

That hormone is generated by the same testicular cells that produce testosterone, but it is considered more reliable for measurement.

The takeaway: Current steroid users had much lower INSL3 levels than former users and men who had never taken steroids.

And even years after stopping steroids, former users' INSL3 levels continued to be notably lower than those of men who had never taken steroids -- suggesting that the drugs leave lasting damage.

Moreover, the longer a former user had taken anabolic steroids, the lower their INSL3 levels remained years after stopping, the study showed. The report was published March 9 in the Journal of Clinical Endocrinology & Metabolism.

The finding of a long-lasting impact on testicular function shouldn't come as much of a surprise, according to Dr. Bradley Anawalt, who reviewed the findings. He is chief of medicine at the University of Washington Medical Center in Seattle.

"It is an expected -- but not well-known -- effect," Anawalt said, given that such steroids turn off hormones in the brain that stimulate testosterone production. "Thus, taking anabolic steroids for a long period of time will result in weeks, months or perhaps even years for recovery of the ability of the male body to produce its own testosterone," he said.

As to whether there might be an effective way to treat hypogonadism among such men, Rasmussen said the jury is still out.

"No consensus currently exists on the matter," he said.

But, Anawalt added, there might be a role for so-called "gonadotropin therapy." Gonadotropins are hormones produced by the brain to stimulate the testes to make testosterone and sperm.

"Gonadotropin therapy can be done via injections of gonadotropin under the skin two to three times weekly," he said.

It might also be possible, Anawalt said, to stimulate gonadotropin production with pills known as clomiphenes, which are normally used to stimulate ovulation in women. But, he said, "clomiphene has not been studied carefully for this use," and is not yet approved for male infertility caused by anabolic steroid abuse.

The usual expert opinion, he said, is much less high-tech.

"Wait it out and let the body recover," Anawalt said.

Researchers are slated to present their findings at a virtual meeting of the Endocrine Society March 20-23.

Learn more about the risks of anabolic steroid abuse at the U.S. National Institute on Drug Abuse.