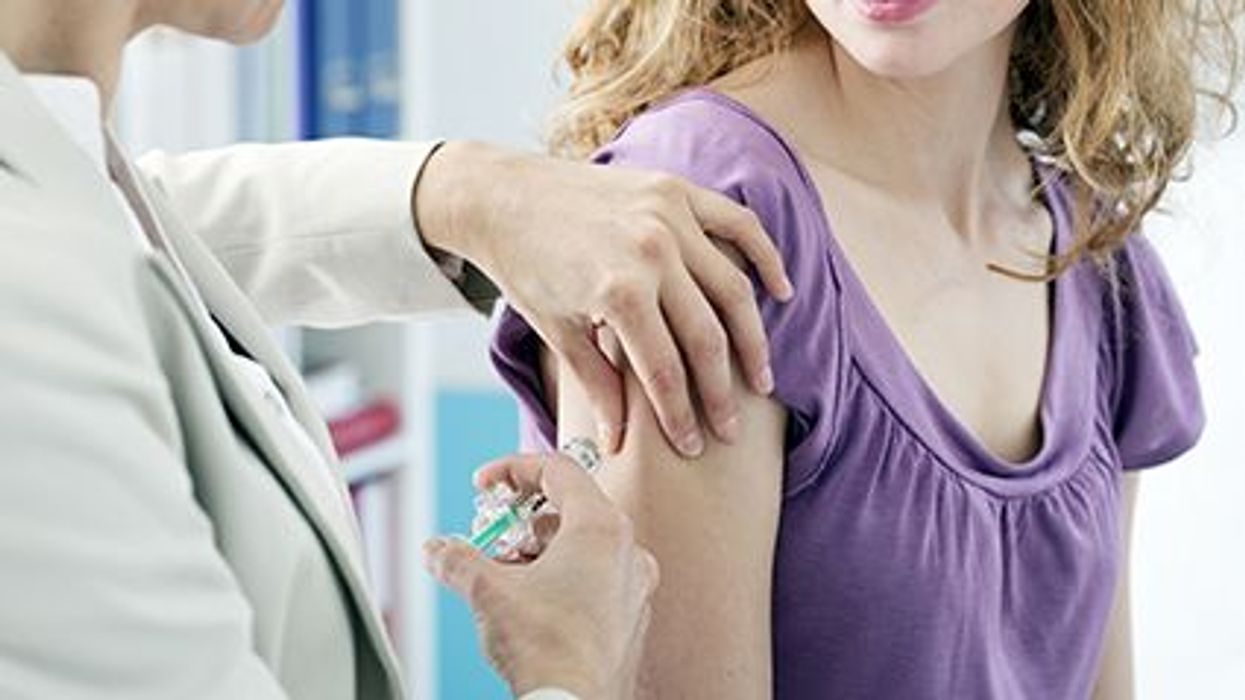 TUESDAY, May 11, 2021 (HealthDay News) -- In a move that should hasten the country's recovery from the pandemic, the U.S. Food and Drug Administration on Monday approved the emergency use of Pfizer's two-dose coronavirus vaccine for 12- to 15-year-olds.

"Today's action allows for a younger population to be protected from COVID-19, bringing us closer to returning to a sense of normalcy and to ending the pandemic," Acting FDA Commissioner Janet Woodcock said in a statement released Monday.

The FDA's authorization is not the final step in bringing Pfizer's vaccine to younger children. A U.S. Centers for Disease Control and Prevention advisory panel plans to meet Wednesday and is expected to approve the vaccine's use in 12- to 15-year-olds.

"Our youngest generations have shouldered heavy burdens over the past year, and the vaccine is a hopeful sign that they will be able to begin to experience all the activities that are so important for their health and development," Dr. Lee Savio Beers, president of the American Academy of Pediatrics (AAP), said in a statement.

"It's essential for children to be vaccinated against COVID-19. According to data compiled by the AAP and Children's Hospital Association, more than 3.8 million children have tested positive for COVID-19 in the United States since the start of the pandemic," Beers added. "While fewer children than adults have suffered the most severe disease, this is not a benign disease in children. Thousands of children have been hospitalized, and hundreds have died. We will soon have a very safe, highly effective vaccine that can prevent so much suffering. I encourage parents to talk with their pediatrician about how to get the vaccine for their adolescents as soon as they are eligible."

The authorization also removes a roadblock to reopening schools by lowering the threat of transmission.

"This is great news," said Dr. Kristin Oliver, a pediatrician and vaccine expert at Mount Sinai Hospital in New York City, told The New York Times. "It feels like we've been waiting a long time to start protecting children in this age group."

The emergency authorization follows the results of a clinical trial involving more than 2,000 participants aged 12 to 15 who got either two doses of the vaccine or placebo shots three weeks apart. The researchers recorded 18 cases of symptomatic coronavirus infection in the placebo group and none in the vaccinated group.

Vaccination side effects were comparable to those seen in trial participants who were 16 to 25. Fevers were slightly more common among inoculated 12- to 15-year-olds; about 20 percent of them had fevers, compared with 17 percent in the older age group, the Times reported.

Ty Dropic, 14, who participated in that trial, urged others his age to get vaccinated so they could help build up widespread immunity and protect themselves. He had no side effects, which makes him think he got the placebo. If that turns out to be the case, he told the Times that he plans to be vaccinated as soon as possible.

"I know it can be kind of scary, but it's really not as bad as it seems," he told the Times. "If you do get COVID, it'll be a lot worse than getting stuck with a needle for, like, two seconds."

Ty's three siblings, ages 8, 10 and 16, are all enrolled in vaccine trials for their respective age groups. Their mother, Dr. Amanda Dropic, a pediatrician in northern Kentucky, told the Times that most parents she sees are eager to have their children vaccinated so they can regain some sense of normalcy.

"The anxiety and depression that we're seeing with kids, the social delays, has been tremendous," she noted.

Still, the campaign to vaccinate younger children may run into the same problems with hesitancy that have plagued attempts to immunize adults. In one recent poll from the Kaiser Family Foundation, only 29 percent of parents said they would have their children vaccinated right away, while 32 percent said they planned to wait to see how the vaccine was working.

Most of the other parents said they would definitely not have their children vaccinated, or would do so only if schools required it. All 50 states require certain vaccines for children who attend school, but those mandates apply only to vaccines that have been fully approved by the FDA. Pfizer has applied to the FDA for full approval, but that process is expected to take several months, the Times said.

Dr. Anthony Fauci has opened the door to the possibility of relaxing indoor masking rules as more Americans are vaccinated against the coronavirus.

As immunizations climb, "we do need to start being more liberal" in terms of rules for wearing masks indoors, though the nation is still averaging about 43,000 cases of the virus a day, Fauci told ABC's Sunday program "This Week." "We've got to get it much, much lower than that," he added.

Fauci's comments came in response to a question about recent statements made by Dr. Scott Gottlieb, the former head of the U.S. Food and Drug Administration, the Times reported. Gottlieb said that relaxing indoor mask mandates now — "especially if you're in environments where you know you have a high level of vaccination" — would give public health officials "the credibility to implement them" again in the fall or winter if cases surged again.

Asked whether he agreed with that assessment, Fauci said, "I think so, and I think you're going to probably be seeing that as we go along, and as more people get vaccinated."

"The CDC will be, almost in real time… updating their recommendations and their guidelines," Fauci added. "But yes, we do need to start being more liberal as we get more people vaccinated."

Over a third of the U.S. population -- more than 115 million people -- is fully vaccinated and another 45 million people have received the first dose of a two-dose protocol, according to the CDC.

Right now, the agency says that even vaccinated people should still wear masks in indoor public spaces, including restaurants when they are not actively eating and drinking.

In an interview on CNN's "State of the Union," Jeffrey Zients, President Joe Biden's COVID response coordinator, was more circumspect than Fauci about Gottlieb's comments.

"I think everyone is tired, and wearing a mask is -- it can be a pain," Zients said. "But we're getting there. And the light at the end of the tunnel is brighter and brighter. Let's keep up our guard. Let's follow the CDC guidance. And the CDC guidance across time will allow vaccinated people more and more privileges to take off that mask."

Zients also suggested that instead of reaching herd immunity, the goal should be getting 70 percent of Americans immunized, the Times reported. Biden has called for 70 percent to have at least one dose by July 4.

Reaching 70 percent will create "a pattern of decreasing cases, hospitalizations and deaths and take us down to a sustainable low level," Zients said, pointing to Israel as a model.

In that country, vaccinations have reached almost 60 percent of the population since they began on Dec. 19 last year, and the seven-day average of new cases has dropped from a high of more than 8,600 on Jan. 17 to fewer than 60 as of Saturday, the Times reported.

As of Tuesday, the U.S. coronavirus case count passed 32.7 million, while the death toll topped 582,000, according to a tally from Johns Hopkins University. Worldwide, nearly 159 million cases had been reported by Tuesday, with more than 3.3 million people dead from COVID-19.