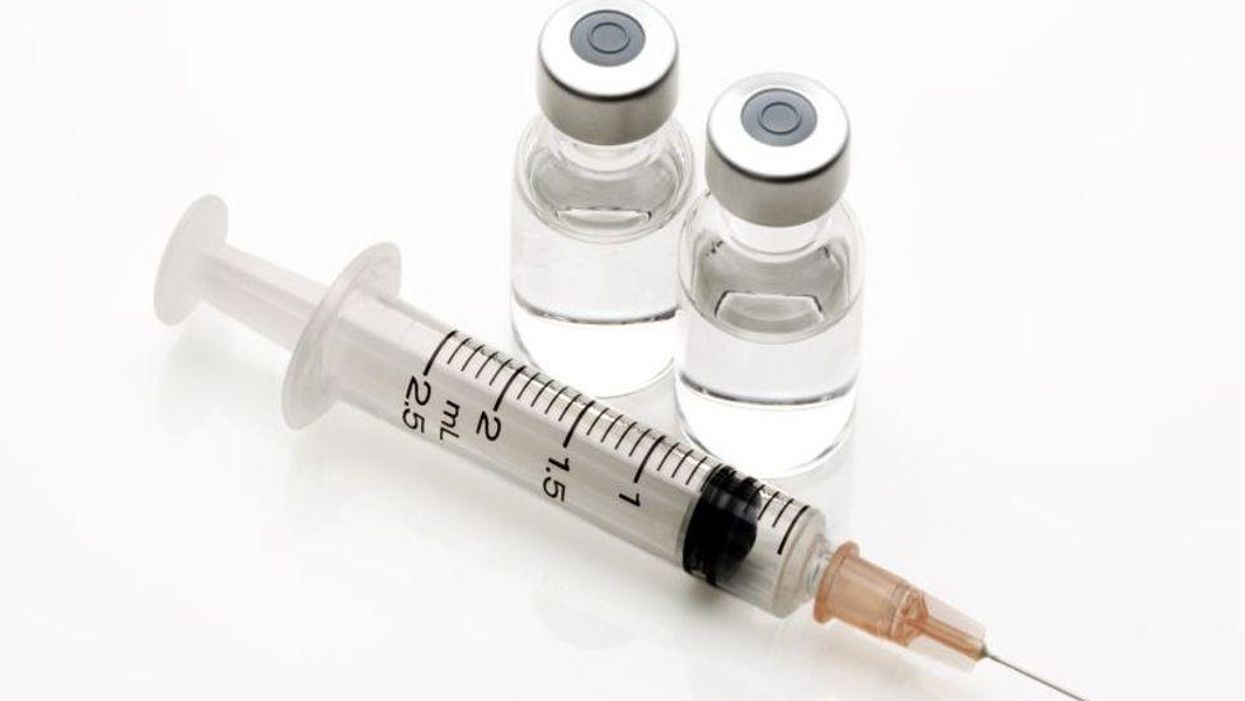 MONDAY, May 17, 2021 (HealthDay News) -- Sanofi and GlaxoSmithKline announced Monday that their coronavirus vaccine candidate produced powerful responses in a preliminary trial that followed an earlier setback in the vaccine's development.

In selected data that has not yet been published in a peer-reviewed journal, the vaccine "triggered strong immune response amongst adults of all age groups with 95% to 100% seroconversion [antibodies in blood] rates," the companies said in a statement. More details on the Phase 2 study will be published soon, they added.

Trial volunteers showed neutralizing antibodies that closely matched those found in people who had recovered from the disease, the companies noted. The drugmakers added that they plan to begin a Phase 3 trial soon and hope to win U.S. Food and Drug Administration approval for the vaccine before the end of 2021.

The data suggests the vaccine has "potential ... in the broader context of the pandemic, including the need to address variants and to provide for booster doses," GlaxoSmithKline (GSK) Vaccines President Roger Connor said in a statement. "We believe that this vaccine candidate can make a significant contribution to the ongoing fight against COVID-19 and will move to Phase 3 [trials] as soon as possible to meet our goal of making it available before the end of the year."

The FDA has already authorized three COVID-19 vaccines, though experts say more are needed as public health officials around the world race to vaccinate their residents.

The Sanofi-GSK vaccine was an important part of the European Union's original vaccination strategy, but researchers had to go back to the drawing board after early testing produced only a weak immune response in older people, the Associated Press reported.

It now joins about a dozen vaccines in late-stage trials. Sanofi/GSK plan to produce up to 1 billion doses annually, and they have signed agreements to supply the United States, Canada and developing countries once the vaccine is approved, the AP said.

"We know multiple vaccines will be needed, especially as variants continue to emerge and the need for effective and booster vaccines which can be stored at normal temperatures increases," Thomas Triomphe, head of Sanofi's vaccines unit, said in a statement.

In the Phase 2 trial, 722 volunteers aged 18 to 95 were recruited in the United States and Honduras.

The vaccine showed even stronger antibody results in people who had already recovered from the virus. Sanofi said that makes it a potentially strong candidate as a booster shot in the future for those who have already been vaccinated with rival products.

The Phase 3 trial will involve about 37,000 participants from countries around the world, the companies said. They plan to study its efficacy against the virus variant first identified in South Africa, and potentially others as well.

While millions of Americans rejoiced in the news last week that the fully vaccinated can now skip masks in most indoor and outdoor settings, some worried that it will be nearly impossible to distinguish those who have gotten their shots from those who have not.

"I think the challenge is that it's impossible to determine who is vaccinated and who is not vaccinated," said Gov. David Ige of Hawaii, where a mask mandate will stay in place for the moment, The New York Times reported.

During a media briefing on the new mask guidance, President Joe Biden made it clear that the federal government was not going to take on that role.

The new guidance caught state officials by surprise and raised questions about how the guidelines would be carried out. Some states lifted mask mandates immediately, while others took a more cautious approach, the Times reported.

Despite concerns about how to enforce the new mask guidance, the move was welcomed by infectious disease experts.

"Ample evidence indicates that vaccinated people contribute little to the spread of the virus," said Luis Schang, a professor of molecular virology at Cornell University's School of Veterinary Medicine, in Ithaca, N.Y. "With the continuous increases in the number of vaccinated people – reaching now about half of the eligible population, in addition to those who have been naturally infected – the proportion of people who may be asymptomatically infected and shedding virus continues to decrease."

The nation's top infectious diseases expert agreed a turning point has been reached.

"We've got to liberalize the restrictions so people can feel like they're getting back to some normalcy," Dr. Anthony Fauci said in an interview, the Times reported. "Pulling back restrictions on indoor masks is an important step in the right direction."

Pfizer vaccine given OK for use in adolescents

In a decision that clears the way for schools to reopen safely next fall, U.S. health officials last week gave their final stamp of approval for Pfizer's coronavirus vaccine to be offered to children aged 12 to 15.

The anouncement came as COVID-19 cases and deaths in this country have plummeted to their lowest levels in months.

COVID-19 deaths are now averaging around 600 per day, the lowest tally since early July, with the number of lives lost dropping to single digits in well over half of states, the AP reported. Meanwhile, confirmed infections have fallen to about 38,000 per day, their lowest level since mid-September. Reported cases have declined 85% from a daily peak of more than a quarter-million in early January.

Dr. Amesh Adalja, an infectious disease specialist at Johns Hopkins University in Baltimore, told the AP that vaccinations have played a pivotal role in the lower case numbers.

"The primary objective is to deny this virus the ability to kill at the rate that it could, and that has been achieved," he said. "We have in effect tamed the virus."

An advisory committee to the U.S. Centers for Disease Control and Prevention voted last Wednesday to recommend the vaccine for use in adolescents. CDC Director Dr. Rochelle Walensky adopted the recommendation shortly thereafter.

"This official CDC action opens vaccination to approximately 17 million adolescents in the United States and strengthens our nation's efforts to protect even more people from the effects of COVID-19," Walensky said during a media briefing.

The American Academy of Pediatrics (AAP) also issued a new policy statement that recommends the coronavirus vaccine for all eligible children ages 12 and older.

"This is truly an exciting development that allows us to protect a large population of children and help them regain their lives after a really rough year," said AAP President Dr. Lee Savio Beers. "As a pediatrician and a parent, I have looked forward to getting my own children and patients vaccinated, and I am thrilled that those ages 12 and older can now be protected. The data continue to show that this vaccine is safe and effective. I urge all parents to call their pediatrician to learn more about how to get their children and teens vaccinated."

Though children are less likely to suffer severe COVID, the coronavirus has infected more than 1.5 million children and sent more than 13,000 to hospitals, more than are hospitalized for flu in an average year, according to CDC data, the Times said.

As of Monday, the U.S. coronavirus case count passed 32.9 million, while the death toll neared 586,000, according to a tally from Johns Hopkins University. Worldwide, over 163.1 million cases had been reported by Monday, with nearly 3.4 million people dead from COVID-19.