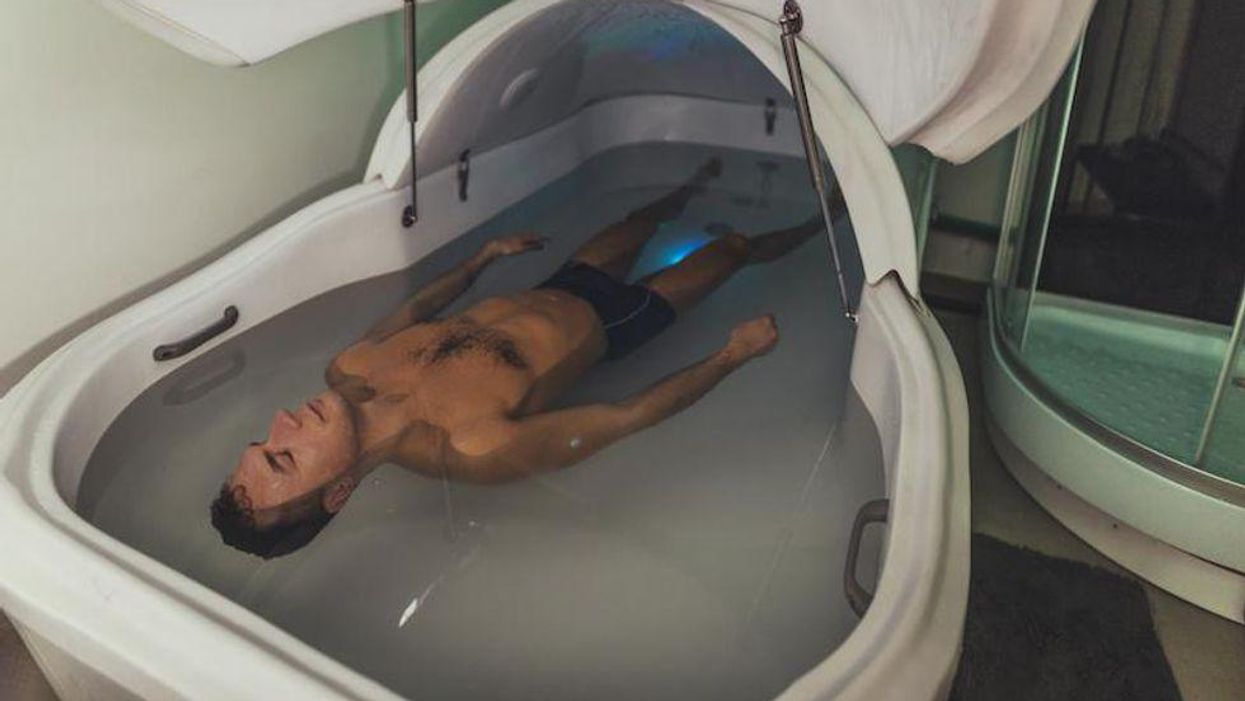 The goal is to promote relaxation, alleviate stress, boost sleep quality and -- hopefully -- provide some measure of immediate and long-lasting pain relief.

"Flotation-REST, or simply floating, is the practice of lying belly-up in a tank filled with warm water so salty you float," explained study co-author Jorge Manuel.

REST, he added, "was developed in the '70s but has recently grown in popularity."

Yet despite anecdotal pain relief claims, its effectiveness has not been reliably tested, said Manuel, a doctoral candidate in somatosensory and autonomic therapy research at the Institute for Neuroradiology at Hannover Medical School in Hanover, Germany. REST "has never been compared to an indistinguishable placebo control," he said.

To test REST's true potential, the study team focused on 99 adults with ongoing pain between 2018 and 2020. All patients had been struggling with pain for at least six months. The researchers noted that, by definition, chronic pain endures for a minimum of three months, and an estimated 20% of adults will experience such pain at some point in their lives.

One-third of the patients were randomly assigned to undergo flotation tank therapy. Another third was assigned to a placebo tank environment -- the same floating tank but with diminished water buoyancy and far less sound and light control. The remaining third, the control group, were told to continue the pain control treatment they were taking at the study's launch.

The flotation tank groups underwent five sessions, lasting 60 to 90 minutes each, over nearly three weeks. Pain relief was assessed one week after the last session, as well as three and six months out.

In the end, both the REST group and the placebo tank group reported significant short-term drops in pain intensity and anxiety, and a reduction in the areas of their body affected by pain. But REST appeared to provide no appreciable leg up when it came to long-term chronic pain relief.

"We found no long-term effects of floating on chronic pain, but strong short-term improvements," said Manuel. "These improvements were similar in the placebo group, suggesting that they might not be caused by sensory deprivation or effortless floating as previously thought.

"One explanation for our findings could be that our participants showed high expectations toward the treatment. High expectations can lead to the production of pain-relieving substances, like opioids, by the body," he added.

Still, Manuel noted that some of the patients "experienced much stronger improvements than others, suggesting that floating might be better suited for certain people."

And, given the finding of short-term relief, he suggested that "it might be useful to combine [REST] floating, a passive intervention, with more active interventions like psychotherapy to obtain sustained long-term benefits."

But Manuel cautioned that more extensive trials are needed to establish whether that type of combined intervention will work.

For now, spine surgeon Dr. Daniel Park said the broad takeaway from the research is that "we do not have a great solution for people who have chronic pain.

"Many people suffer from this, and seek answers and treatment for their pain," said Park, an associate professor in the orthopedics department at Oakland University's William Beaumont School of Medicine in Rochester, Mich. He was not part of the study.

"But we as physicians many times cannot find the main cause of their pain," Park stressed. Surgery can sometimes help, but in many cases people with chronic pain do not get better, he acknowledged. The search is on for less invasive means of alleviating suffering, he added.

Park did say "there may be a small group of these patients that could benefit from this type of [REST] treatment." However, because there are many causes of chronic pain, the challenge is to figure out the specific driver of a patient's pain problem and then determine whether REST could be a solution for that particular situation, he said.

The findings were reported recently in JAMA Network Open.

The American Academy of Family Physicians has more on chronic pain.