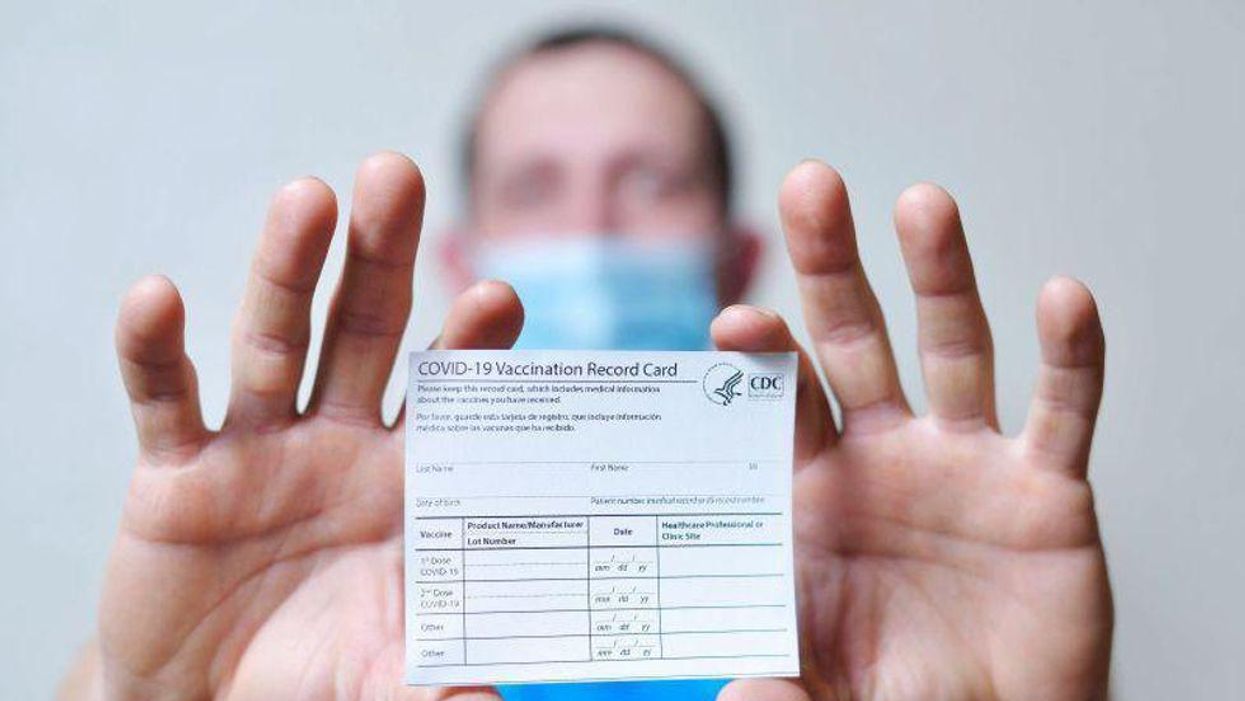 MONDAY, June 7, 2021 (HealthDay News) -- Plunging vaccination rates are imperiling President Joe Biden's goal of getting COVID shots into the arms of at least 70% of American adults by July 4, while public health experts worry that Southern states, where immunization numbers are the lowest, could see a spike in cases over the summer.

The United States is averaging fewer than 1 million shots per day, a decline of more than two-thirds from a peak of 3.4 million in April, the Washington Post reported, despite the fact that anyone age 12 and older can now get one of the three approved vaccines in the United States.

The steep decline began in mid-April, coinciding with the temporary suspension of the Johnson & Johnson vaccine while health officials investigated rare blood-clotting reactions. That drop has continued, with only 2.4 million adults getting their first shot last week. Officials must get a first dose to 4.2 million adults per week to meet Biden's July 4 goal, the Post reported.

The slowdown is national -- with every state down at least two-thirds from its peak -- and most keenly felt across the South and Midwest. Twelve states, including Utah, Oklahoma, Montana, the Dakotas and West Virginia, have seen vaccinations fall below 15 daily shots per 10,000 residents; Alabama had just four people per 10,000 residents get vaccinated last week, the Post reported.

There is some good news: A dozen states -- many of them in the Northeast, including Maine, Massachusetts and Connecticut -- have already delivered one dose of vaccine into 70 percent of their adults, The New York Times reported.

But in much of the the South, that benchmark is nowhere in sight.

In 15 states — including Arkansas, the Carolinas, Georgia and Louisiana — about half of adults or fewer have received a dose, the Times reported. In two states, Alabama and Mississippi, it would take about a year to get one dose to 70 percent of the population at the current pace of vaccination.

State health officials remain concerned that their residents are more susceptible to infection as restrictions ease across the country, the sense of urgency to get vaccinated drops and many Americans in warmer climates head indoors, where the virus spreads more efficiently, the Times said.

If there is a summer surge across the South, experts believe it won't be as grave as last summer's because at least some people are vaccinated and treatments have improved.

Younger people, who are less likely to be vaccinated, will be the most vulnerable during any surge this summer, Dr. Edward Trapido, an epidemiologist and associate dean for research at the Louisiana State University School of Public Health, told the Times. While death or severe illness is not as common for young people struck by COVID-19, it's still possible, he noted.

To avoid a summer surge, states across the South need to catch up to those in the Northeast, Dr. Peter Hotez, a vaccine expert at Baylor College of Medicine in Houston, told the Times.

"We're just not even close to that in the Southern states," Hotez told the newspaper. He said he foresees a new wave in the South because "we're so underachieving in terms of vaccination."

An initial 25 million doses of coronavirus vaccines will be sent out this month to a "wide range of countries" in Latin America, the Caribbean, Southeast Asia and Africa, along with the Palestinian territories, war-ravaged Gaza and the West Bank, the White House announced last week.

The doses are the first of 80 million that President Joe Biden has promised to send overseas by the end of June. Three-quarters of this first batch will be given to the international vaccine effort known as Covax, officials said at a White House briefing on the pandemic.

The rest will be reserved for "immediate needs and to help with surges around the world" and regions dealing with "urgent, present crises," Jake Sullivan, Biden's national security adviser, said during the briefing, the Times reported.

Sullivan said the administration decided to give priority to "neighbors" of the United States, including countries like Guatemala and Colombia, Peru and Ecuador, but it will also work with regional networks like the African Union.

Still, the 25 million doses fall far short of what is needed: It will take 11 billion doses to vaccinate 70 percent of the world's population against the coronavirus, according to estimates from researchers at Duke University, the Times reported. As of last month, the analytics firm Airfinity estimated that 1.7 billion doses had been produced.

Officials said the Biden administration would donate additional doses throughout the summer as they become available, the Times reported.

"This is just the beginning," Jeffrey Zients, Biden's coronavirus response coordinator, said during the media briefing. "Expect a regular cadence of shipments around the world, across the next several weeks."

In America, nearly two-thirds of adults have had at least one shot of a coronavirus vaccine, and the rate of new cases and deaths has plummeted, contributing to an overall picture across the country that is "encouraging and uplifting," CDC Director Dr. Rochelle Walensky said Thursday.

But in poorer nations in Africa and Central and South America, vaccination rates are much lower and the picture is bleak. According to data from Johns Hopkins University, Uruguay, Argentina, Colombia and Paraguay are awash in new cases; in Colombia, nearly 500 people a day have died of the coronavirus over the past several weeks. A sudden, sharp rise in coronavirus cases in many parts of Africa could amount to a continental third wave in the pandemic, the World Health Organization warned Thursday, the Times reported.

Some African nations have less than 1 percent of their populations partly vaccinated, according to data from the University of Oxford, and the percentages of vaccinated people in Honduras and Guatemala are around 3 percent of the population.

Biden's pledge to donate 80 million doses this month involves vaccines made by four manufacturers. Besides AstraZeneca, they are Pfizer, Moderna and Johnson & Johnson, the last three of which have received U.S. emergency authorization for their vaccines.