Americans With Diabetes Were Hit Hard by COVID Pandemic 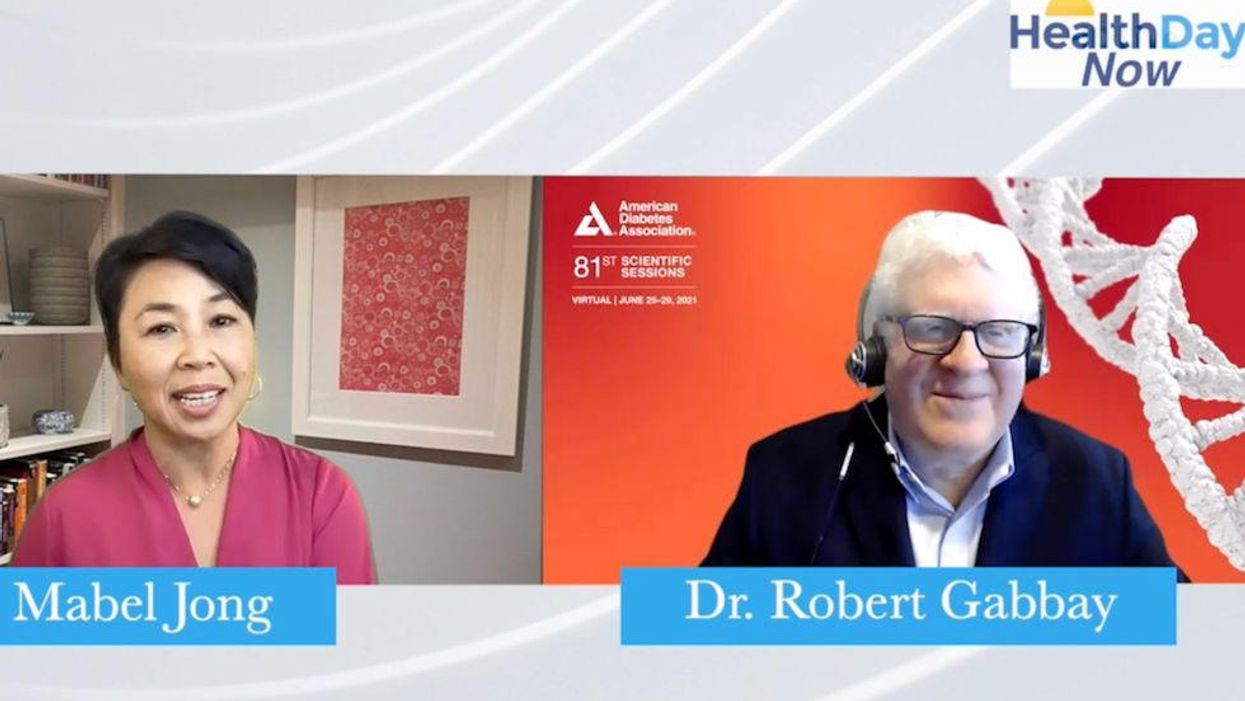 WEDNESDAY, July 14, 2021 (HealthDay News) -- As many as two of every five Americans who've died from COVID-19 were suffering from diabetes, making the chronic disease one of the highest-risk conditions during the pandemic, an expert says.

About 40% of deaths from COVID-19 in the United States were among diabetics, a "really quite sobering" statistic that should prompt people with the ailment to get vaccinated, said Dr. Robert Gabbay, chief scientific and medical officer for the American Diabetes Association (ADA).

"I can't say this strongly enough — if you have diabetes, get vaccinated. Speak to your health care provider, discuss your concerns," Gabbay said during a HealthDay Now interview. "With the risk of hospitalization and death related to COVID six to 12 times higher in people with diabetes, it's time to get vaccinated."

The COVID-19 death statistic came from a study presented at the ADA's recent online annual meeting.

That diabetes was implicated in up to 40% of COVID-19 deaths is particularly staggering if you consider only 10% of the U.S. population suffers from the condition.

The study, conducted by scientists at the University of Texas at El Paso, also found that one in 10 people with diabetes hospitalized with COVID-19 die within one week.

People with poorly managed diabetes are at particular risk of becoming severely ill or dying from COVID-19, and the pandemic has exposed existing cracks in the U.S. health care system's ability to help people keep the condition under control, Gabbay added.

Nearly one in five people in the United States with diabetes say that they had to choose between buying food or buying diabetes medication and supplies during the pandemic, the ADA reported.

"We identified that a number of individuals had less access to medication than they did prior to the pandemic," Gabbay said.

The price of insulin in the United States, in particular, skyrocketed during the pandemic, despite 2021 being the 100th anniversary of the discovery of the lifesaving hormone treatment.

"Here we are 100 years after the discovery and we're still challenged by this," Gabbay said.

The ADA has been working state-by-state to pass legislation that limits the cost of insulin, Gabbay said. Such laws have passed in 19 states.

"We're continuing to advocate in all the other states to make sure that everybody who needs insulin can get the insulin they need," Gabbay said.

The ADA is also promoting other changes that could help people with diabetes better control their disease and protect themselves from COVID-19, Gabbay added.

The ADA says that more than one in four people were not able to easily purchase healthy food during the pandemic. The economic disruption caused by the pandemic particularly affected people's diets — nearly half of those receiving nutrition assistance say the food they get isn't good for their diabetes.

"Access to healthy food is an important issue. In this country, there are food deserts and food swamps where even if you want to do the right thing, the right foods are not available," Gabbay said.

The American Diabetes Association has more about COVID-19 and diabetes.