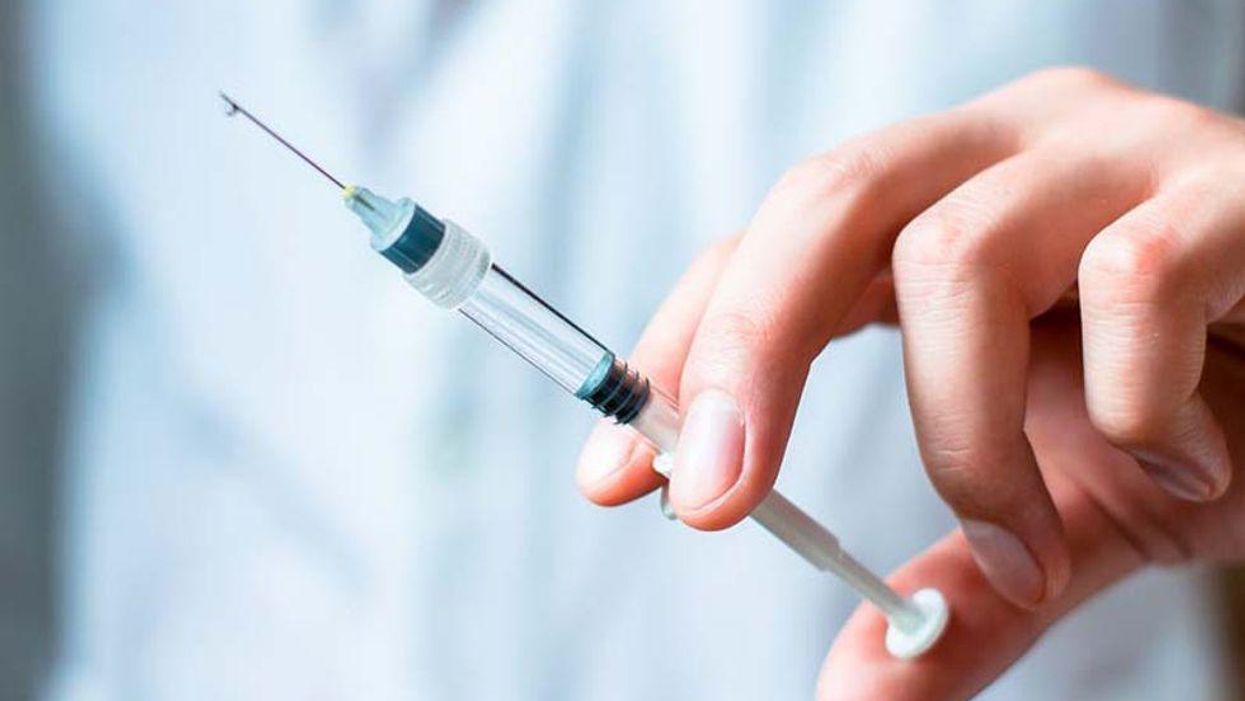 "This BLA [biologics license application] submission for our COVID-19 vaccine, which we began in June, is an important milestone in our battle against COVID-19 and for Moderna, as this is the first BLA submission in our company's history," Moderna CEO Stéphane Bancel said in a statement. "We are pleased that our COVID-19 vaccine is showing durable efficacy of 93% through six months after dose 2."

Right now, the Moderna vaccine is only authorized for emergency use in Americans 18 and older. The company has also asked the U.S. Food and Drug Administration for an emergency use authorization for its vaccine in people aged 12 and older.

Moderna's COVID-19 vaccine would be the second to be fully approved by the FDA. On Monday, the agency approved the Pfizer vaccine for people aged 16 and older, opening the door to more vaccine mandates as the highly contagious Delta variant spreads rapidly through unvaccinated populations.

The approval process typically takes months, but the FDA moved resources around to approve the Pfizer vaccine in less time, CNN reported.

Dr. Peter Marks, director of the FDA's Center for Biologics Evaluation and Research, said Monday that the agency worked around the clock to conduct its own analyses and inspect facilities, completing all the same work it would for any approval, CNN reported.

"It's actually 97 days since Pfizer completed the role of its BLA and the clock started, which means that we completed this in about 40% of the normal clock time for a submission of this magnitude," Marks said.

As for its booster shot, Pfizer said Wednesday it plans to complete the submission of a supplemental BLA for a third dose of its vaccine by the end of this week.

In a statement, the company described a trial of 306 people who got a booster between nearly five and eight months after getting the second dose. It found it generated much higher levels of antibodies and was safe, with "mild to moderate" effects, most commonly including injection site pain, fatigue, headache, muscle and joint pain and chills.

Pfizer said it will next submit the data to a peer-reviewed journal and also file it with the European Medicines Agency and other regulatory authorities around the world in the coming weeks.

A third dose of the vaccine is now available in the United States to people aged 12 and older who are immunocompromised.

U.S. health officials recently announced the government planned to make booster doses available to fully vaccinated individuals eight months after receiving their second dose of an mRNA COVID-19 vaccine. They said booster doses would start the week of Sept. 20, pending final approval from the FDA and the U.S. Centers for Disease Control and Prevention.

Two new government reports confirm that while the power of coronavirus vaccines wanes over time, they still protect strongly against severe disease, even as the highly contagious Delta variant overtakes America.

One study that looked at Los Angeles County reaffirmed that fully vaccinated people are far less likely than unvaccinated people to be hospitalized, admitted to an intensive care unit, require mechanical ventilation or die from COVID-19. Meanwhile, a second study that followed front-line health workers for months found vaccine effectiveness against COVID-19 infection dropped from 91% to 66% once the Delta variant accounted for the majority of circulating virus, but the vaccinated were still far less likely to be infected.

"While we did see a reduction in the protection of the COVID-19 vaccine against the Delta variant, it's still two-thirds reduction of risk," Ashley Fowlkes, author of the second study and an epidemiologist for CDC's COVID-19 Emergency Response Team, told CNN on Tuesday.

"It's still a very powerful vaccine," Fowlkes added, particularly against severe disease. "But we are also looking towards continuing to use masks for a little bit longer."

Fowlkes' study falls in line with other research from around the world that illustrates Delta's increased tendency to cause largely minor infections among fully vaccinated people.

The new paper is the latest chapter in an ongoing study that has been following health care personnel, first responders, and other essential and frontline workers who receive weekly PCR tests in eight locations across six U.S. states, CNN reported. The vast majority are vaccinated.

In the Los Angeles study, unvaccinated people were five times more likely to become infected with the coronavirus and 29 times more likely to be hospitalized as people who were fully immunized. It is the latest evidence that vaccines continue to significantly reduce the risk of severe illness, despite the spread of the more contagious Delta variant.

Still, there is little doubt that vaccine effectiveness has dropped as the Delta variant has spread. On May 1, the report said, people who had not been immunized were more than eight times as likely to be infected as people who were fully vaccinated. Once Delta took hold, that dropped to about a fivefold greater risk.

"Prior to Delta, it did indeed appear that the vaccines were also very good at protecting against infection overall," Paul Simon, chief science officer for the Los Angeles County Department of Health, told the Washington Post. "But when Delta emerged, there was a big change, because Delta is so much more infectious. The vaccine didn't protect as well against infection."

"The vaccines are doing exactly what they promised us they'd do — they are keeping us from getting sick and dying, but with the Delta variant, we are seeing more transmission than we saw with the Alpha [British] variant," Barbara Ferrer, director of the Los Angeles health department, told the Post this month.

And breakthrough cases will continue to climb as vaccination rates increase overall, experts pointed out.

"Simply, it's math. As we have more people vaccinated, more of our infections that we diagnose are going to be in vaccinated people," Oregon state epidemiologist Dean Sidelinger told the Post. "It's not entirely unexpected."

The amount of virus circulating in the community can be compared to the intensity of of a rainfall, Simon explained to the Post.

"It's not a drizzle; it's a storm. Even if you're fully vaccinated, you should add that layer of extra protection -- a raincoat, a mask -- when you're out in the rain," Simon said. "Once we get this level of community transmission back down to a low level, I think people who are fully vaccinated will again have much more confidence."

Both government studies were published Tuesday in the CDC publication Morbidity and Mortality Weekly Report.