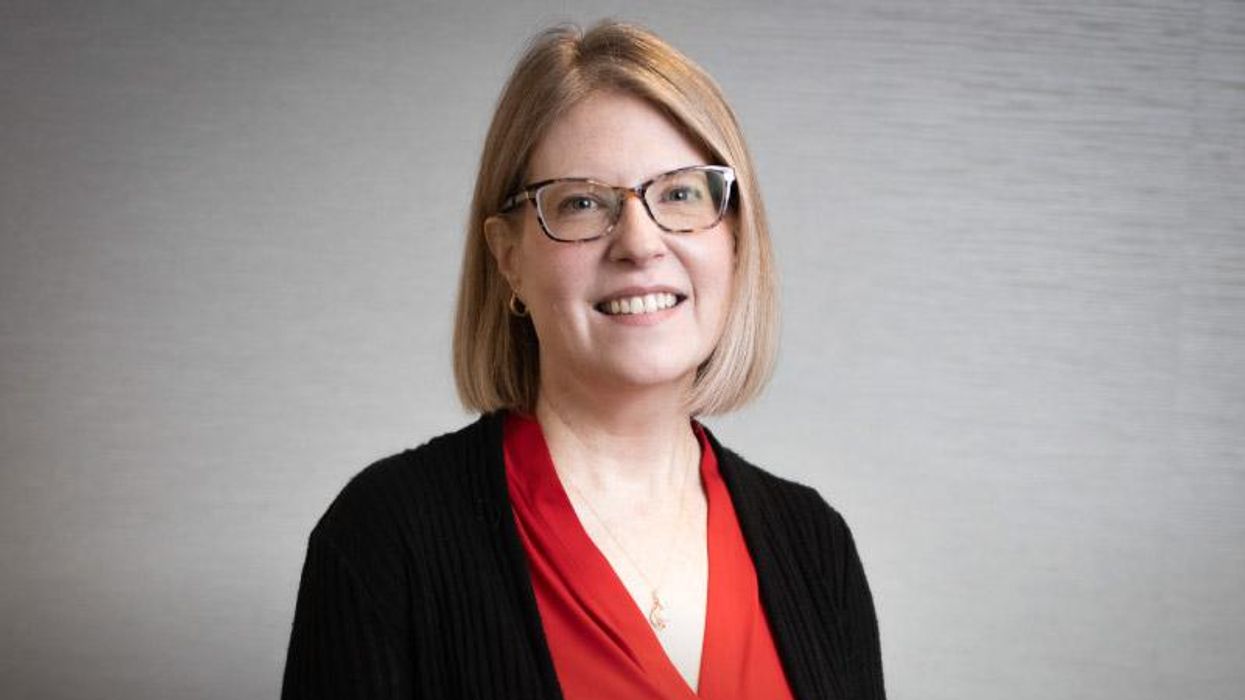 MONDAY, May 3, 2021 (American Heart Association News) -- Chris Monaghan woke up one morning and tried to get out of bed. She couldn't.

Her husband, Dan, heard her whimpering, turned on the light and realized almost instantly she was having a stroke. It was something he long feared because of her family history.

He told his stepson to call 911. At the hospital, the doctor asked Dan when Chris had her stroke to determine whether to administer a time-sensitive, clot-busting drug. Dan thought it was when he woke up but couldn't be sure. With little time to decide, Dan gave his approval.

"I just don't want to sit here and watch her die," he thought.

That night, a neurosurgeon removed as much as he could of a large clot in Chris' brain and sealed off an artery. He said she should be OK, but they wouldn't know for sure until the morning.

Overnight, Chris had another stroke in the same spot. She went back into surgery. The doctor removed a little bit more of the clot.

Chris spent a week in the Erie, Pennsylvania, hospital, a week in inpatient rehab and then six months in outpatient speech, physical and occupational therapy. Relearning to walk, talk, count, type and cook was a surreal experience for the 47-year-old human resources executive. Simple things weren't so simple, like solving a 2+3 flashcard or recalling words she once knew.

"I can remember being with a speech therapist who asked me to name as many things as I could that start with M," she said. "I remember thinking that will be easy, so I said, 'mittens.' Mittens came into my head right away. And I couldn't think of one single word that started with M after that."

Chris became "laser focused" on trying to get her life back.

She fell asleep trying to remember the months of the year or counting to 100, first forward then eventually backward. She downloaded apps to work on her math skills. She got out the dictionary, started in the M's, and began reading word after word. To help her speech, she read the newspaper and everything else out loud.

Today, most of the world can't tell Chris had a stroke, which struck in June 2015. She doesn't feel 100% but feels very fortunate.

Both of her grandmothers died from strokes at relatively young ages, and she has heart disease on both sides of her family. Chris had been under a doctor's care for high blood pressure and high cholesterol. She had known about her high numbers since her 20s. Still, she was hit or miss on taking her high blood pressure medications, wouldn't check her numbers, and resisted taking cholesterol-lowering statins.

"I was not a good patient," she said. "I do follow my doctor's orders now."

Chris' stroke was a wakeup call to make health priority No. 1.

The mother of two wants to be around for her family and wants the same for others. With the support of her credit union CEO and colleagues, Chris implemented a workplace wellness initiative that includes fitness challenges with cash and time-off incentives. They hold wellness fairs and provide resources to quit smoking, eat healthier, get more sleep and manage stress. They also take part in American Heart Association events like Go Red for Women and the annual Heart Walk.

Chris wants others to learn from her experience. Her advice is to get your numbers checked, and if they aren't good, get them under control.

"When they say that high blood pressure is a silent killer, that's no joke," she said. "You really feel great. I felt great before this happened."