AHA News: 7-Day-Old's Skin Felt Cold, She Wouldn't Eat and Cried in Agony. It Was Her Heart. 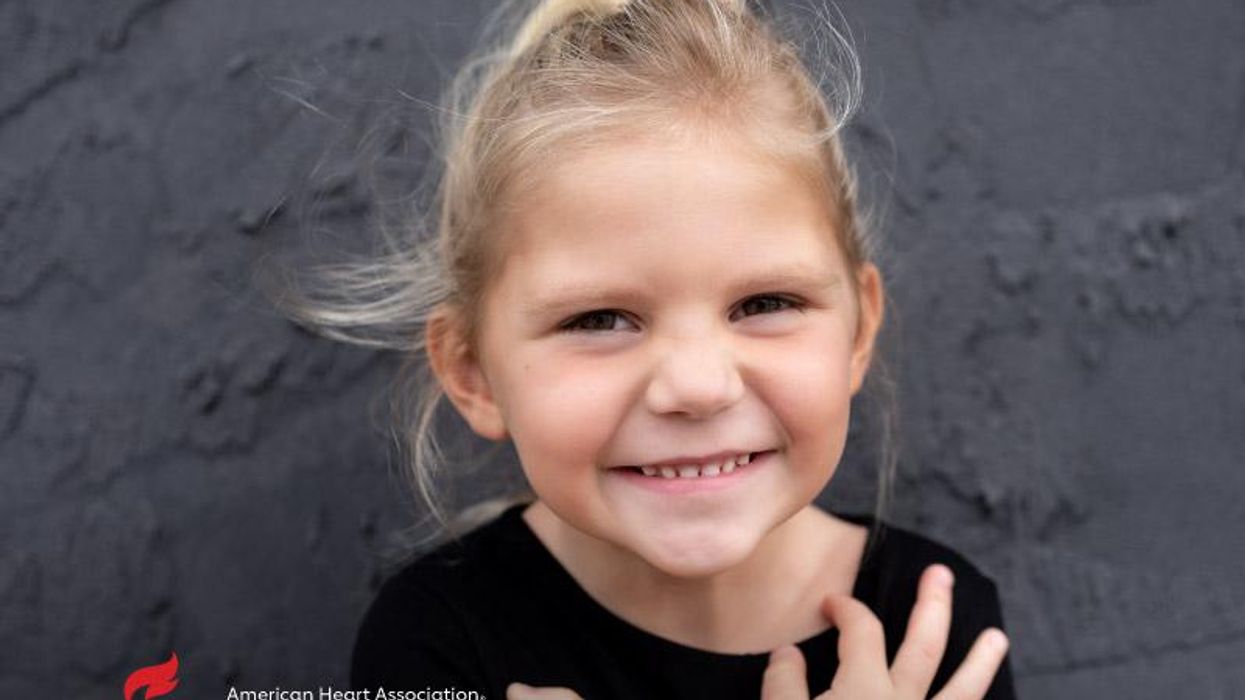 THURSDAY, July 22, 2021 (American Heart Association News) -- Throughout Laney Lyon's 1-week birthday, small signs indicated something was wrong. She wasn't eating as much as usual. Her color seemed off. Her mom suspected jaundice and held Laney in the sun when she could.

By evening, Laney was unable to latch on to breastfeed. Her breathing sounded strange. Then there was her crying.

"It was like no cry I'd ever heard before," said Laney's mom, Stephanie. "She was straining to cry almost. If she was stronger, she might have been able to shriek. It was a cry for help and of agony."

Chris Lyon, Laney's dad, called a friend who is a doctor, Ben Fickenscher. He asked if the baby was running a fever. Actually, her body seemed cold.

"She's cold?" Fickenscher said to them. "You need to take her in somewhere now."

The Lyons rushed to a clinic a few miles from their home in Virginia Beach, Virginia. They arrived at 10:56 p.m.; the clinic closed at 11 p.m.

"I ran in and said, 'I know you're about to close, but something is wrong with my baby,'" Stephanie said. A nurse hustled them into an exam room, followed by the pediatrician on duty.

Laney's skin was now gray. The doctor called 911 and began trying to figure out what was wrong. An EMT said Laney was the "sickest baby she'd ever seen."

Stephanie was so terrified she could hardly watch. Then the EMTs urged her to hold Laney's hand, fearing the girl wouldn't survive. Chris called his dad, bracing his parents for the same possibility.

Laney was transported 25 minutes away to a hospital in Norfolk. The Lyons were greeted by a hospital chaplain.

At 4 a.m., the cardiologist said several things were wrong with Laney's heart. And, she added, "This is all fixable."

Heart defects are the most common type of birth defect, affecting about 40,000 babies each year in the United States. Of those, about 1 in 4 are considered critical enough to require surgery or other procedures during the first year of life.

Laney had a coarctation of her aorta, a narrowing that reduced blood flow to her body, a defect affecting about 1 in 1,800 babies born each year in the U.S. She also had multiple holes in her heart.

Doctors operated on Laney for 10 hours. She spent three weeks in the hospital.

Stephanie and Chris tried to maintain a normal life for their older girls.

Today, Laney is a spunky 5-year-old slated to start kindergarten in September. She has no limitations and doesn't require any medication. While there are some ongoing concerns, they're minor enough that she requires cardiology checkups only every other year.

The Lyons, who shared Laney's story at the American Heart Association's 2019 Hampton Roads Heart Ball, said they feel like the luckiest people in the world.

"It was tiny miracle after tiny miracle that allowed Laney to be here today," Stephanie said. "To say that I'm grateful and I've experienced a miracle is an understatement."