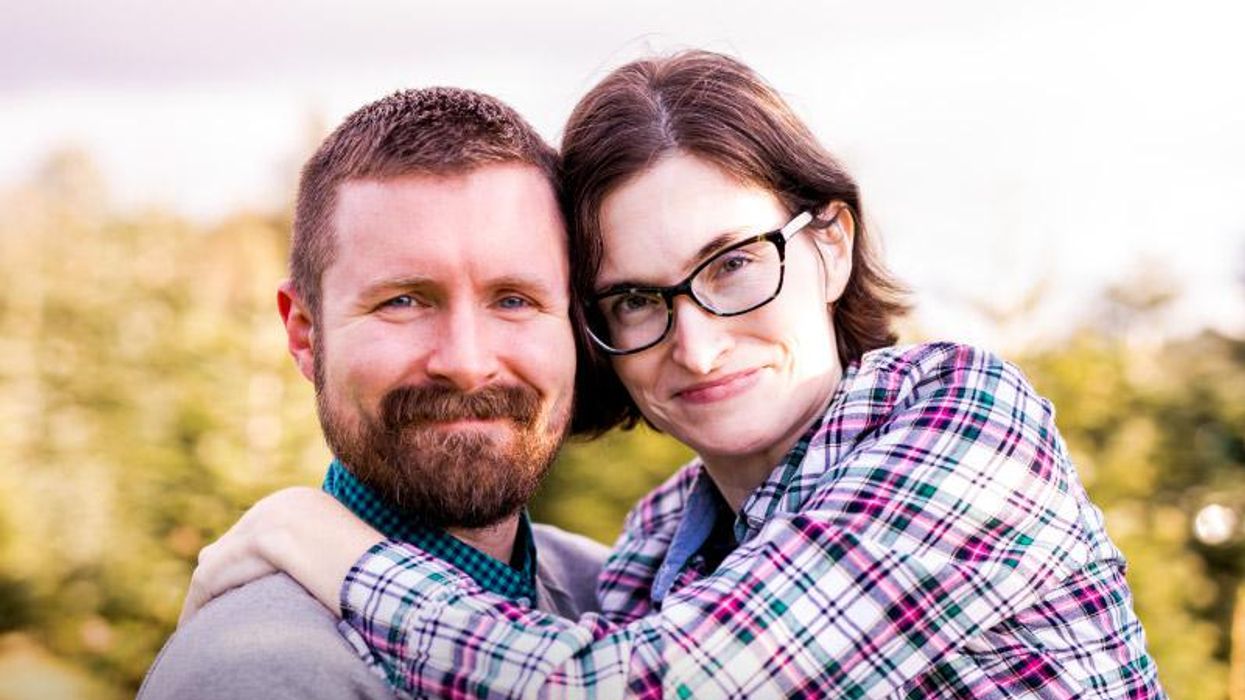 "I just got off the phone with the nurse," she told him. "She said I could have a stroke."

Jacob bolted out of bed, trying to make sense of the news. It was around 1:30 a.m. on Easter.

Lisa had had a terrible headache the previous day. She'd gotten a deep tissue massage in the afternoon, hoping it would help. But nothing alleviated the pain. Finally, when she couldn't sleep, she called her insurer's 24-hour nurse service.

The nurse asked if Lisa could take her own blood pressure. She could, and the numbers were alarmingly high. They needed to get to the hospital.

At first, all seemed well. Jacob even made the 10-minute drive back to their home outside Seattle so his mom could care for their 4-year-old daughter, Everly. He also arranged for the care of Ivy, the family's small dog.

Doctors diagnosed Lisa with bilateral vertebral artery dissection. The inner lining of both of her vertebral arteries in the neck were torn or damaged, causing clots that stifled blood flow to the brain. While it is rare in the general population, it's one of the more common causes of stroke in people younger than 45. Lisa was 34.

Doctors wanted to observe her further, just to be safe.

Hours later, Lisa began throwing up. She couldn't swallow. She was having another stroke.

Doctors rushed her into the catheterization lab. They patched the damage by inserting two stents in her arteries.

The next day started off well. Lisa moved fine, but had some problems speaking. Then her brain began to swell, requiring doctors to perform an operation to remove part of her skull.

She also lost a piece of her cerebellum, which controls motor skills and balance. This changed everything. Lisa was unable to move, swallow or breathe on her own – and the hard work of rehabilitation began.

From the stroke in April 2017 until July 2018, Lisa stayed in a series of facilities where she received care along with physical and occupational therapy. Once her ventilator was removed, she began speech therapy, too.

Jacob visited every day. On workdays, he continued to serve as an actuary with a life insurance company. Then, he would pick up Everly and drive to see Lisa. Some facilities were more than an hour away. Sometimes they brought Ivy, too.

"Even though I got mostly conservative, bleak outlooks from doctors, I always thought she would survive," Jacob said.

To prepare for Lisa to come home, Jacob learned how to dress her, give her medicine and use the relevant medical equipment. He also got their house ready for her.

He hired a contractor to create an accessible bathroom, enlarge entryways and turn their previously detached garage into an adjoining room where Lisa could spend her days. He also worked with his uncle to build a wheelchair ramp in the back of the house. Lisa was part of the process, too. Jacob brought her samples of materials and colors to choose. Sometimes, the contractor came to her.

More than 15 months after her stroke, Lisa returned to their remodeled home.

"Friends who were helping finish things up rushed out the front door as we came in through the back," Jacob said. "We wanted to be alone because it was pretty overwhelming."

Now, four years after the stroke, Lisa's right side remains paralyzed from her shoulder down. Her speech is impaired, and swallowing remains a challenge. Though she began taking pureed food by mouth for the taste, nourishment still came through a feeding tube.

Lisa was vaccinated against the coronavirus in March, raising hopes of resuming therapy. Then came a setback that led to the insertion of a tracheostomy tube to help her breathe. She's now in a long-term acute care facility, trying to get healthy enough to have the tube removed.

"She's working hard and we're hopeful she will be able to return home soon," Jacob said.

The best facility Jacob could find for her was in Idaho, more than a four-hour drive away. So, again, he and Everly are making road trips on many weekends. They also call and text her. Speaking is a challenge because of the trach but it's doable. She had previously learned how to text using her left hand, albeit slowly.

Lisa, who was interviewed prior to the setback, said what frustrated her most was "not being able to have a normal conversation."

Jacob is learning to cope, too.

At work, he helped launch an employee resource group for disabilities, mental health and caregiving.

"It's nice to be able to talk to other people who can more fully understand what challenges you face," he said.

He also tries to educate others about stroke, making it clear "that stroke is not something just happening with elderly people."

Before the stroke, the family enjoyed spontaneous outings. "You want your child to have experiences like, 'Let's go to the lake today,'" Jacob said. "But you can't do that."

Still, the family hopes soon to get back to the other ways of having fun – playing board games and watching movies – things they'd begun to enjoy before Lisa's setback.

And to return to the things that hadn't changed, such as when Jacob and Lisa cooked together.

"She likes to boss me around in the kitchen."