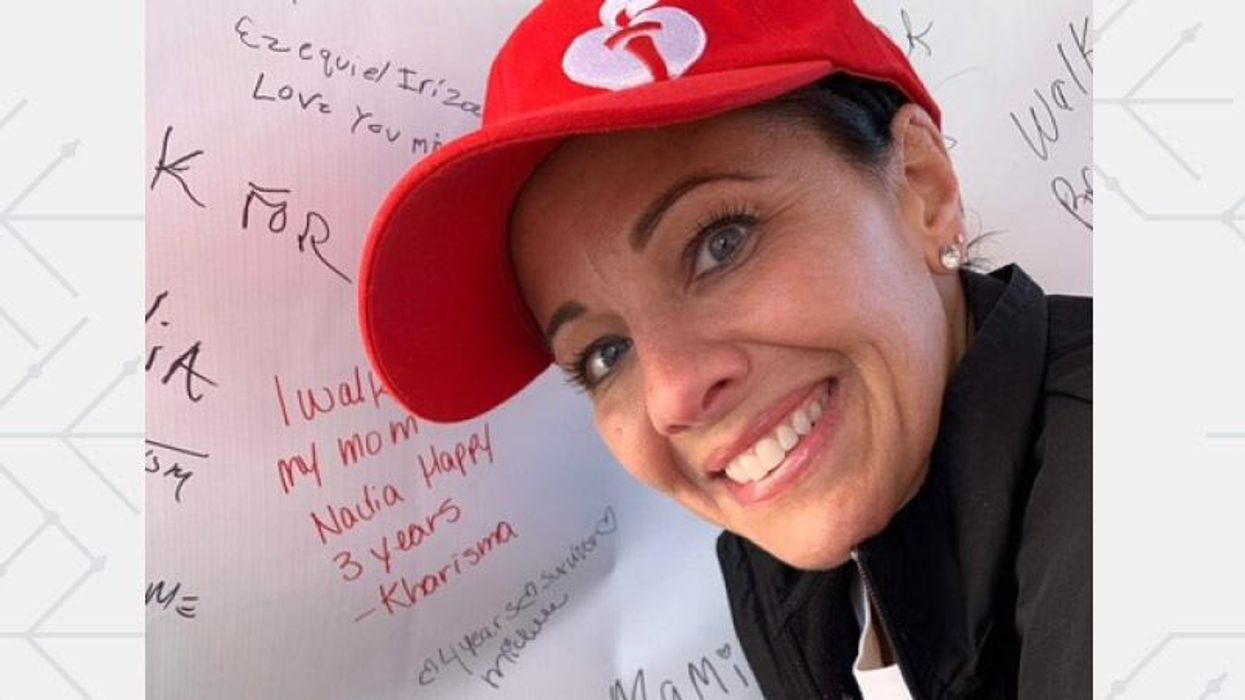 FRIDAY, March 12, 2021 (American Heart Association News) -- Michelle Whiteman woke up and realized that her left arm felt numb. She figured it was a pinched nerve and made an appointment to see her chiropractor.

The 40-year-old hair stylist who was getting her master's degree in special education felt in excellent health. She'd been running nearly every morning for almost a decade. A year earlier, she'd reached her goal of completing the Philadelphia Marathon.

Later that day, her left hand stopped working. She couldn't grasp anything. She felt anxious but not terribly alarmed.

She asked her daughter to ice her arm. Instead, the 17-year-old yelled, "Mom! I think you're having a stroke!"

That's impossible, Michelle answered. Everything was fine except her arm. She kept the appointment with the chiropractor.

With one look at Michelle's arm and hand, the chiropractor said, "You're having a stroke."

Although Michelle thought everyone was overreacting, she relented and went to the hospital. Doctors confirmed what everyone else suspected: It was a stroke.

But there was more disturbing news.

Tests also showed Michelle had a large hole in her heart, a congenital heart defect called a patent foramen ovale. Everyone is born with the hole, but most close on their own within months. Millions of people have a PFO – most without knowing it – and have no problems. But issues can arise, such as a clot escaping and causing a stroke, as doctors believe happened to Michelle.

She received blood thinners to prevent more clots and felt normal the next day, with no paralysis or other residual effects. But she'd need surgery to close the hole.

Every day, her husband, Mike, feared she'd have another stroke. Every night, he checked on her to make sure she was OK.

"It felt like being a new dad again," he said. The couple has been together since they were 15 and have three children.

Michelle was plenty scared, too.

"I wrote my kids letters and sent my last wishes to my best friend," she said, her voice cracking with emotion.

Surgeons closed the hole four months later. Michelle spent about a week recovering in the hospital. At home, a nurse checked on her daily for two months.

Four months after the surgery, Michelle finally was cleared to go to cardiac rehabilitation.

The former marathoner felt angry and frustrated by her slow progress, but she kept at it, increasing her speed and duration on the treadmill and rebuilding strength in her heart and lungs.

Michelle couldn't work for more than two years because of fatigue and memory issues. Even after completing her master's degree, instead of teaching special education, she taught preschool because it was less arduous. The plan backfired: She developed pneumonia and was later told her immune system wasn't strong enough to work around children. She returned to cutting hair, grateful to have work but mourning her lost teaching career.

In August 2019, four years after her stroke and open-heart surgery, Michelle was at work when she felt weak. She figured she just needed a lunch break.

Suddenly she felt a heavy pain in her chest and nausea. She was having a heart attack.

A diuretic medication she'd been using since her stroke had recently been increased and doctors believe it led to low potassium levels, which in turn caused the heart attack.

When the pandemic hit, Michelle was once again a regular at the gym and cutting hair four days a week for eight hours a day.

After participating in the American Heart Association's virtual Philadelphia Heart Walk with her family last year, she looks forward to eventually taking part in person.

"I know that I'm not going to run a marathon again, but I'm pushing myself to reasonable levels," she said. "Will I get stronger? I think I will."