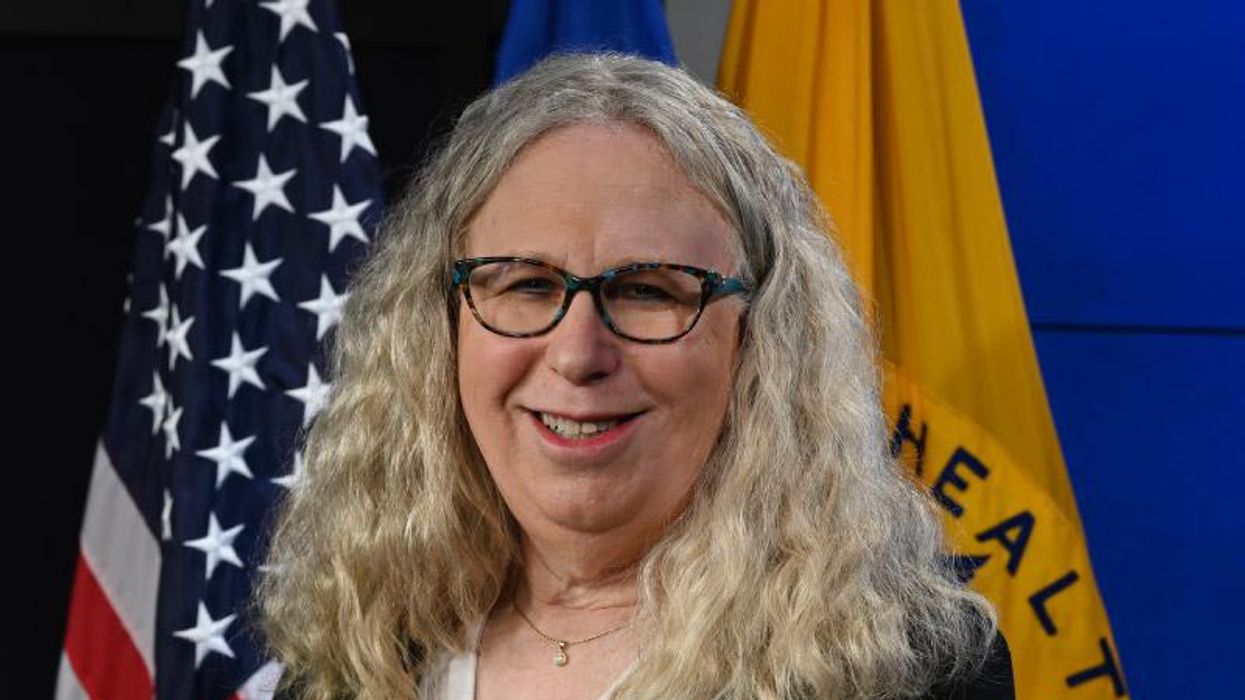 FRIDAY, June 25, 2021 (American Heart Association News) -- Dr. Rachel Levine wanted to work in health because she wanted to help people. Along the way, she became an icon.

Levine, the assistant secretary for health in the Department of Health and Human Services, made history in March when she became the first openly transgender official confirmed by the Senate. But she said her career hasn't been about seeking attention for herself. It's been about healing – as a pediatrician, teacher, researcher and Pennsylvania's health secretary, fighting the opioid epidemic and COVID-19.

She's not opposed to using her status to help spread her message. "I am very pleased to advocate for the LGBTQ community in terms of health equity and equality and fairness. And I feel that I have been able to do that in Pennsylvania. And I'm able to do that nationally now."

Although she has spent much of June doing interviews related to Pride Month, she makes clear it all comes back to health.

"There are numerous studies done to show that, unfortunately, LGBTQ individuals, and particularly transgender individuals, sometimes face challenges in accessing our health care system," she said. LGBTQ people who feel discriminated against often will not seek care.

In her new job, she hopes to address that problem and more. At 63, she has had a lifetime to prepare.

"I decided in high school, after I took my first biology class, that I was interested" in being a doctor, she said, and the Massachusetts native soon found work in a lab in Boston. "I had the exposure to researchers, but also surgeons and surgical residents."

She studied at Harvard College and Tulane University School of Medicine in New Orleans, where she was drawn to the developing field of adolescent medicine. She eventually became a professor of pediatrics and psychiatry at the Penn State College of Medicine and had several roles at Penn State Hershey Medical Center.

After Democrat Tom Wolf became governor of Pennsylvania in 2015, she became the state's physician general, then secretary of health.

She is quick to point out that does not make her a politician.

"I've never run for office," she said. "I think that there are political considerations in public health. But I really consider what I've been doing over the last six, seven years to be public service and public health."

By any name, she's good at it, said her friend Michael Fraser, chief executive officer of the Association of State and Territorial Health Officials. Levine was president of the association when President Joe Biden nominated her to her new role.

"There's lots of different ways to do that work of healing," Fraser said, "and I think that's what's really driving her. Not the politics. Not the agendas. Not celebrity. But the work of healing."

Fraser, who lives in Harrisburg, had a front-row seat as Levine tackled first the opioid crisis, then found herself leading Pennsylvania's COVID-19 response.

Fans celebrated her with a Facebook page using what Philadelphia magazine said were "words typically reserved for Jesus and maybe Oprah." Foes insulted her with what the Pennsylvania Commission on LGBTQ Affairs called "some of the most vile and toxic transphobia our commission has seen in our commonwealth in recent years."

She handles the abuse well, Fraser said. "But I know it hurts. It would hurt anybody."

In the face of all that, she tends to stay positive. Fraser said that's not an act. It's a way of giving back to those who helped her when she was transitioning more than a decade ago.

Overall, she said, "I'm a positive and optimistic person. And I, you know, I have learned to compartmentalize ... that negative feedback and just keep doing my job."

Not that she's afraid to speak up. At a press conference last July, she called out her attackers for fostering a spirit of intolerance and discrimination, telling them that while they "may think they are only expressing their displeasure with me, they are in fact hurting the thousands of LGBTQ Pennsylvanians who suffer directly" from such harassment.

That statement wasn't for the sake of her own feelings, she says now. "I pushed back particularly because I felt that the statements being made and the news stories were potentially harming other LGBTQ individuals, and particularly LGBTQ youth."

Levine often explains her attitude toward personal attacks by quoting a favorite movie character: Yoda, from the "Star Wars" films. She quotes him again when asked what lessons she'd like people to take from her life and career.

"Fear is the path to the dark side," she said. "Fear leads to anger. Anger leads to hate. Hate leads to suffering. And so I think it is so important not to live your life in fear, and to be yourself and to help people. And that's what I've tried to do."

Perhaps showing her political savvy, she happily acknowledged also being a fan of the original "Star Trek" (favorite character: Mr. Spock) but declined to weigh in on the divisive topic of which science-fiction franchise she preferred. "It's 50-50," she said.

Then, she quickly turned the focus back to health, extending the interview to amplify an urgent call for blood donations. "We have a dire shortage of blood, and we really need people to go out and donate. I wanted to make sure I was able to add that."