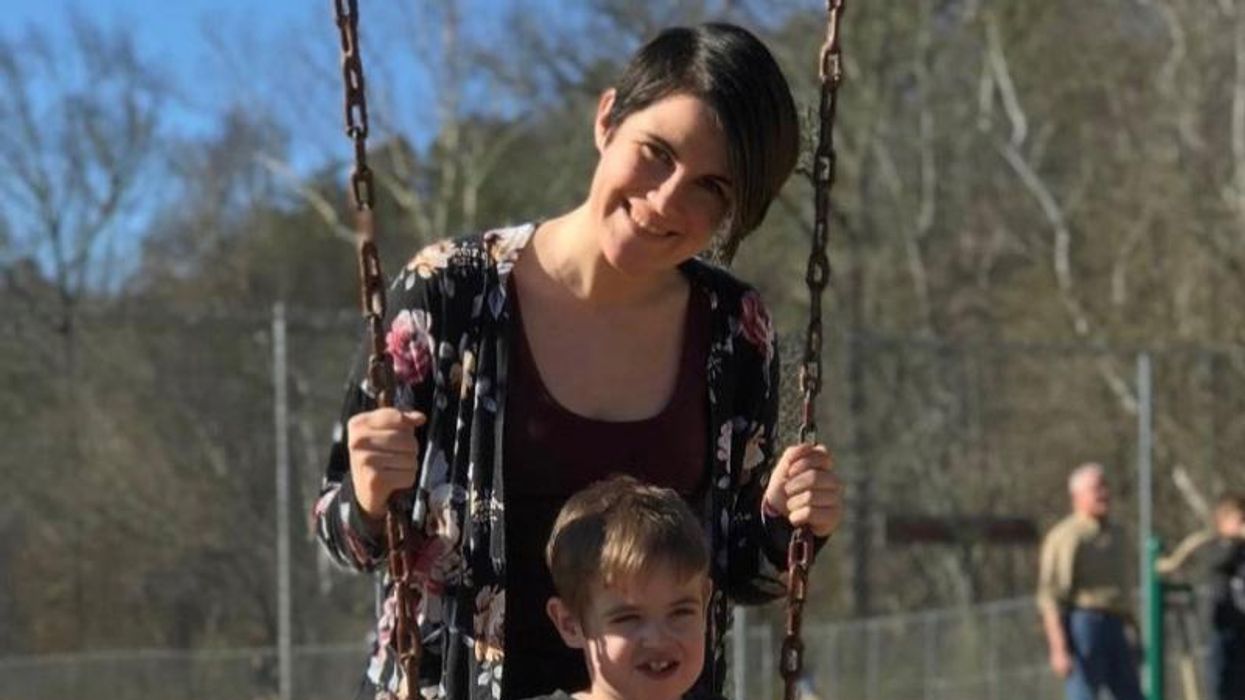 Bennett Sayles and his mother, Hannah Lewis, in a photo she provided.

FRIDAY, July 9, 2021 (American Heart Association News) -- Twenty weeks into her pregnancy, Hannah Lewis eagerly went to a doctor's visit expecting to learn the gender of her first child. Only 19, Lewis was excited and nervous about becoming a mother, and thrilled when she learned she was having a boy.

But that day, her doctor returned to the examination room with a worried look on her face.

The baby's organs, she said, looked healthy – except for his heart.

A pediatric cardiologist diagnosed the baby with hypoplastic left heart syndrome, or HLHS, a rare condition in which the heart's left side is underdeveloped, forcing the right side to work twice as hard. Days later, doctors at a children's hospital in Nashville, Tennessee, confirmed the diagnosis.

But Lewis' faith gave her the strength to believe she was meant to raise this child as a single mother.

"My mom raised my sister and me as a single mom and I grew up poor and had lots thrown at me, and I knew I could handle it," she said. "There was no doubt that, no matter what, it was going to be OK."

The rest of the pregnancy was filled with checkups and tests but remained uneventful. Then, at 37 weeks, doctors realized he was developing fetal hydrops, a life-threatening condition in which an abnormal amount of fluid accumulates in the tissue around the lungs, heart or abdomen, or under the skin.

Induced labor led to a cesarean section. Complications left her in shock. Still, she remembers hearing her son cry for the first time and finding comfort in that.

"They let me see him for just a second," she said. "I loved him at first sight obviously, but I was super scared because they took him directly to the heart cath lab and for like 12 hours, we didn't know what was going on. I was very sick so they wouldn't let me go see him."

She named him Bennett after learning the moniker means "God's gift of hope" or "little blessed one."

"It was so fitting for what he was about to face," Lewis said.

The standard treatment for HLHS is either three different surgeries at certain stages of development or a heart transplant.

Because of the complications introduced by fetal hydrops, Bennett Sayles was 6 days old when he underwent his first open-heart surgery. Although the procedure went well, Bennett remained in critical condition on a ventilator. Then, when he was 2 months old, he had a stroke.

By the time Bennett was 9 months old – and had undergone three open-heart surgeries – he'd stabilized enough to go home. But shortly before he was discharged, he went into cardiac arrest. He went about six minutes without a heartbeat.

"Then, out of nowhere, his heartbeat came back and it was strong," Lewis said.

After he turned 2, Bennett underwent the second HLHS surgery. It didn't work. A few days later, he needed yet another open-heart surgery – his fifth.

He went home weeks later. After only a few hours, Bennett was back in the emergency room. He'd developed a staph infection in his chest.

Bennett made it home again in time for Christmas. And since that series of setbacks, things have improved.

Now 9, Bennett beamed during a Zoom interview when his mother asked if he likes playing with his sister, 4-year-old Adeline Curtis. He showed off his flexibility by pulling his leg to his head.

"His mental capacity is anywhere from 3 to 5 years old, but he's got this amazing personality," Lewis said. "He's just got such a caring heart. When he's in the room, he really does light it up and he changes the way you see things. I'm inspired every day because of how amazing he is and he doesn't let anything hold him back or stop him."

Two years ago, Bennett's doctors determined he would never be a candidate for the other surgeries necessary to treat HLHS. However, he could become eligible for a heart transplant.

"It's debatable whether he'll get there, but having known Bennett for the last nine years is not surprising at all that he has progressed to this point," said Dr. Gerald Johnson, the boy's pediatric cardiologist. "One of the beauties of working with kids is that they fight and they work to get better, and they work through things in ways that we as adults don't necessarily do. Bennett's been a particular fighter on that score and his mother is very proactive and in tune with his needs."

Loving Bennett has taught Lewis and her family to live in the moment.

"We don't know what's in store for Bennett," Lewis said. "He could live his whole life like this or we can have him just a few more years. We love every minute we get to have with him."