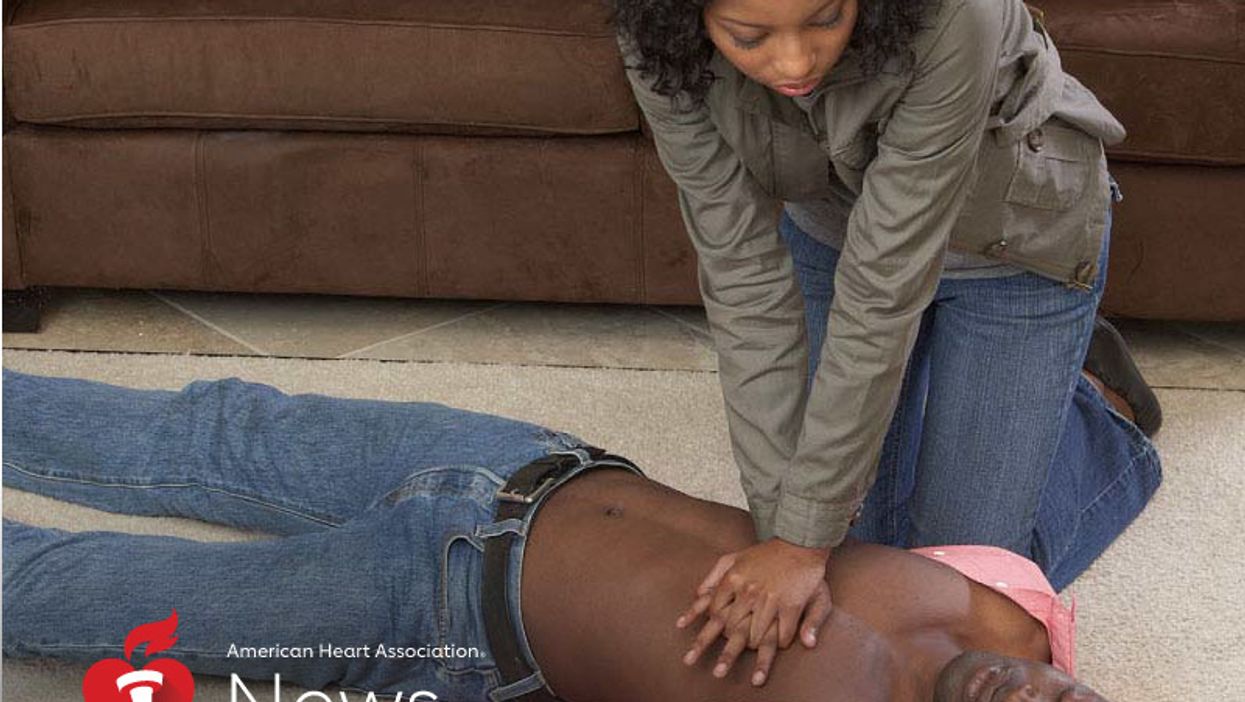 TUESDAY, Nov. 10, 2020 (American Heart Association News) -- After declining steadily for more than a decade, new research shows the number of people dying from cardiac arrests is climbing. And the greatest increase is among young Black adults.

The study, which is being presented Friday at the American Heart Association's virtual Scientific Sessions, pulled data from 311,065 death certificates for Black and white people in the United States who died from cardiac arrest from 1999-2018.

But then it reversed course, climbing 8.8% overall from 2012 to 2018. The increase was significantly higher – 10.9% – for African Americans, compared to 6.9% for white adults. When it came to people under the age of 35, deaths from cardiac arrest among African Americans jumped by 35%. But they fell for white people by 11%. Among those 65 and older, deaths increased twice as much for Black adults – 8% compared to 4% for their white peers. The findings are considered preliminary until published in a peer-reviewed journal.

The vast disparity in death rates among younger adults surprised lead investigator Dr. Anas Al Zubaidi, a research fellow in the department of medicine at the University of Texas Health Science Center in San Antonio. He called the data "alarming."

"The increase in deaths from sudden cardiac arrests in both African Americans and (white people) was also unexpected," he said. "The exact causes of these observations remain a mystery."

If treated with an automated external defibrillator or CPR within the first few minutes, cardiac arrest can be reversed. More than 350,000 cardiac arrests occur outside a hospital each year, according to AHA statistics.

Zubaidi pointed to research that shows Black people and people living in predominantly Black neighborhoods are substantially less likely to receive bystander CPR than white people. This is particularly troubling given that Black adults in the United States experience a disproportionate burden of heart disease and its traditional risk factors – such as high blood pressure, diabetes and obesity – and develop these problems at an earlier age than whites. All of that contributes to a disparity in life expectancy.

"Access to care may also play a role," Zubaidi said. "Several factors may be responsible. This is why we need to conduct more research, with a focus on identifying the causes of these disparities and methods to reduce the gaps."

Dr. Keith Churchwell, president of Yale New Haven Hospital and an associate clinical professor of cardiovascular medicine at Yale School of Medicine in Connecticut, said more work is needed to get the message to young African Americans that they are dying from heart disease in disproportionate numbers.

"That's a message that population needs to hear," said Churchwell, a former chair of the AHA's task force on health equity and social determinants of health. "When we're young, we tend to think that we'll live forever, that the risk factors for cardiovascular disease won't become an issue until later in life. But the data show us that's not the case here."

Churchwell said more innovative programs are needed to reach Black communities, akin to the Black Barbershop Health Outreach Program, in which 7,000 African American men in 300 barbershops across six states were screened for diabetes and heart disease. The program, run by volunteer doctors and nurses, screened and referred people for immediate care for heart disease risk factors such as high blood pressure.

"It speaks to an opportunity of going into a community with trusted individuals patients will listen to," Churchwell said. "We should be looking at that data more closely, to see how it impacted younger African Americans."

Churchwell said attention also needs to be paid to how the pandemic is affecting heart health in these communities, where people likely would have had even less opportunity for physical activity and less access to health care and medications over the past eight months. "This has been an even more stressful time, and we need to acknowledge that and think about how we address these issues."