See What HealthDay Can Do For You
Contact Us
December 10, 2020

AHA News: Dance Show Alum Gets Her Groove Back After Stroke 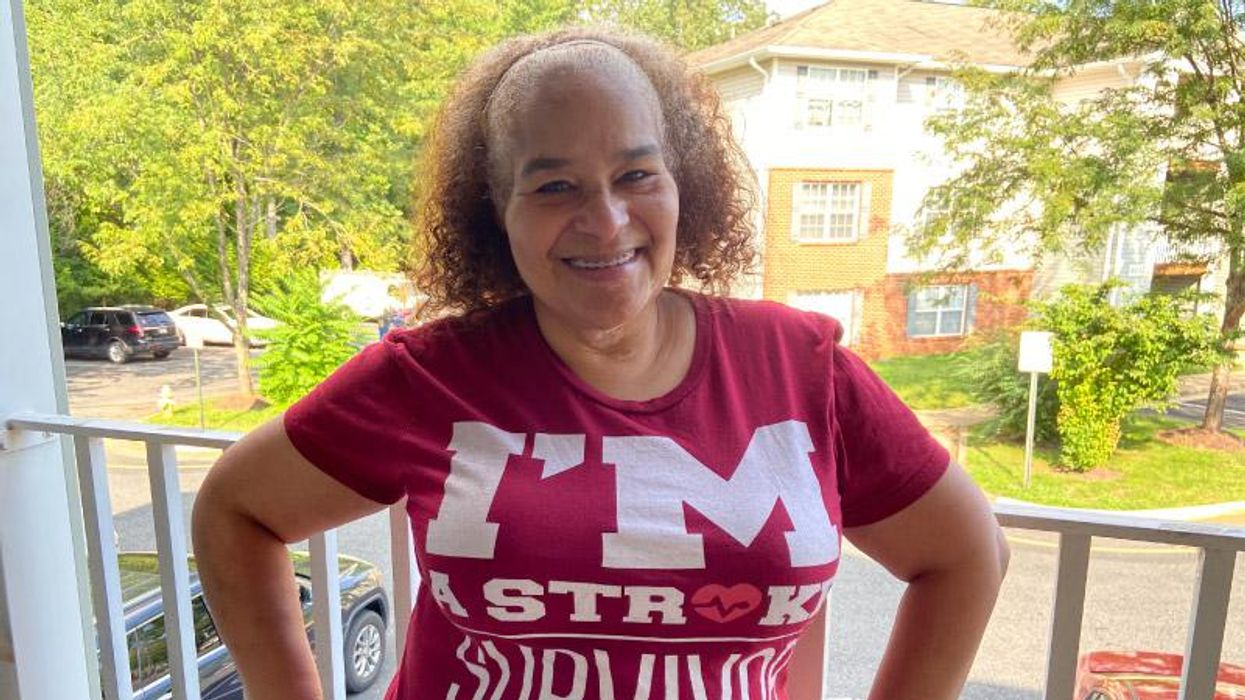 THURSDAY, Dec. 10, 2020 (American Heart Association News) -- As a teenager, Sandi Thomas appeared for several years on "Dance Connection," a popular television show in Washington, D.C. For decades, she continued busting a move for the sheer joy of it.

"I loved dancing around the house and that sort of thing," Sandi said. "But all that stopped when I had the stroke."

It happened on Mother's Day in 2015. While driving home from the boarding school her twin teenage daughters attended, Sandi developed a migraine and pulled off the road to rest. Having dealt with headaches since she was 14, she didn't think much of it.

But when Sandi's daughter, Cierra, called to make sure her mom had made it home safely, she knew something wasn't right.

"Usually, it would take about six hours for her to get home, but she'd been gone for eight hours and was only two hours away," Cierra said. "I was confused."

Then Cierra noticed her mom's speech was slurred. She texted her grandmother, who suggested Sandi stay overnight in a hotel. While the hotel was right across the street, it took Sandi about 20 minutes to drive there. She just kept missing her turn.

"My sense of direction was gone," she said.

Minutes after checking into her room, Sandi's mother-in-law urged her to call 911. When the paramedic arrived, he asked her several questions, including her name and birthday, and took her blood pressure, which was sky high. He told her she was having a stroke.

"The floodgates opened. Nobody I've ever known who had a stroke survived," said Sandi, who was 51 at the time.

The next thing Sandi remembers, it was a week later and she was in the hospital. To alleviate pressure from a burst blood vessel, doctors had shaved her head and removed part of her skull. While she was unconscious, her daughters had graduated from high school.

"It still hurts that I missed it," Sandi said. To cheer her up, the nurses decorated her room with class of 2015 memorabilia.

Sandi's next stop was a residential rehabilitation center. She spent weeks undergoing physical, occupational and speech therapy. A tight helmet protected her head until doctors replaced her skull.

"I wanted to give up," Sandi said, "but they wouldn't allow it."

One night, after weeks confined to her bed, Sandi told one of the staff members she wanted to try something. Gingerly, she stood up and took eight halting steps across the room. Later, she did the same thing for one of her doctors.

"Just as he was hugging me, one of my nurses came in and immediately broke down and started crying," she said. "They called me 'Miss Miracle.'"

Nearly six years later, Sandi's left side is still tender from nerve damage and she walks with a limp. She also has trouble feeling the fingers on her left hand. Despite all that, "I put on a happy face every day when I get up," she said.

Two years ago, Sandi started riding a stationary bike while watching hockey games on TV – pedaling the entire time players were on the ice. She started dancing around the house again, too.

In fact, Sandi has made so much progress that sometimes people don't realize how severe her stroke was. At her birthday party, for example, Sandi's best friend of four decades told her to "get over it already," Sandi recounted, noting people don't understand what it's like to recover from a brain injury. "Sometimes I go into my room and have a good cry."

Sandi said that if Cierra hadn't called her that night, she may not have survived. She urged people to learn the signs and symptoms of a stroke. If it can happen to an athletic person like herself, she said, it could happen to anybody. And she advised other stroke survivors to let people help, which was difficult for her at times. She is quick to credit her family, friends and most of all, her medical team, for her remarkable recovery.

"I'm really going to miss you," she told her doctor during their last visit, "but I hope and pray I'll never have to see you again."