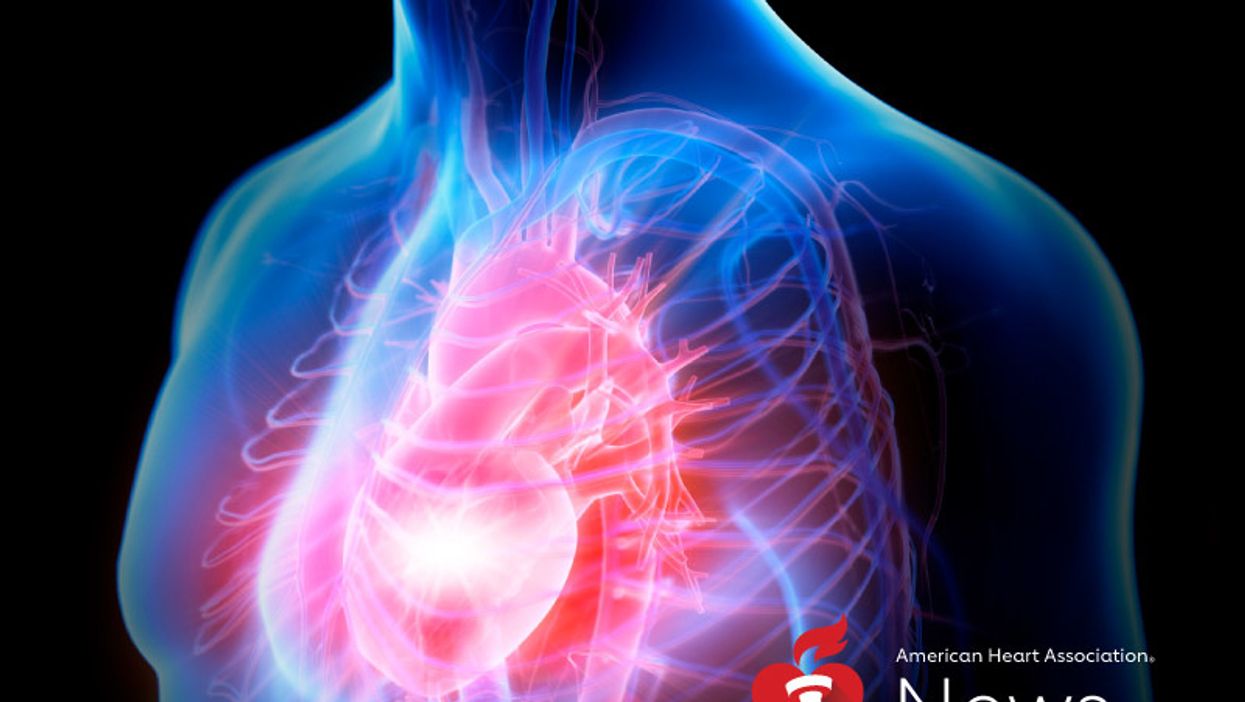 MONDAY, Nov. 30, 2020 (American Heart Association News) -- People with heart failure who eat a diet high in foods that cause inflammation are twice as likely to end up in the hospital or die as those who eat foods known to reduce inflammation, new research shows.

"If people with heart failure can reduce the amount of pro-inflammatory foods that they eat, it might help with their survival," said lead researcher JungHee Kang, a nursing research assistant and PhD student at the University of Kentucky in Lexington.

Kang looked at data from a previous study in which her team asked 213 heart failure patients to keep diaries of what they ate for four days. They then categorized the diets using an index that scores foods based on whether they increase or decrease inflammation. After following participants for a year, they found those whose diets had higher inflammatory scores were more than twice as likely to die or be hospitalized compared to those whose diets had lower inflammatory scores.

The results were presented at the American Heart Association's virtual Scientific Sessions earlier this month. The research is considered preliminary until published in a peer-reviewed journal.

"It's well known that diet plays a critically important role in the development of heart disease and stroke," said Dr. Amit Khera, professor of medicine and director of the preventive cardiology program at the University of Texas Southwestern Medical Center in Dallas. "This is a reminder that diet is important. The only surprise to me was the magnitude of the effect."

Khera said the study also was important because it looked specifically at heart failure outcomes, whereas previous diet studies focused more on heart attacks and strokes. According to AHA statistics, an estimated 6.2 million U.S. adults have heart failure, which occurs when the heart doesn't pump enough blood and oxygen to support the other organs in the body.

Many diets that are considered heart-healthy "have more in common than they do differences," said Khera, an author of AHA and American College of Cardiology guidelines for preventing cardiovascular disease.

For example, the Mediterranean diet, which describes an eating pattern common in countries bordering the Mediterranean Sea, includes olive oil as a primary fat source, a lot of fruits, vegetables, grains, beans, nuts and seeds and low amounts of dairy products, eggs, fish and poultry. The DASH (Dietary Approaches to Stop Hypertension) diet, meanwhile, was designed to help lower blood pressure. It also includes a lot of vegetables, fruits and whole grains and limits foods high in saturated fats. But the DASH diet allows more protein from low-fat dairy, meat and poultry.

"There's a lot of overlap," Khera said. "It's like a Venn diagram. The sweet spot is in the middle."

What's needed now, Kang said, is research to confirm whether anti-inflammatory diets can be used to reduce heart failure mortality.