See What HealthDay Can Do For You
Contact Us
July 7, 2021

AHA News: Fit and 41, She Thought Nothing of Her Family History – Until Her Heart Attack 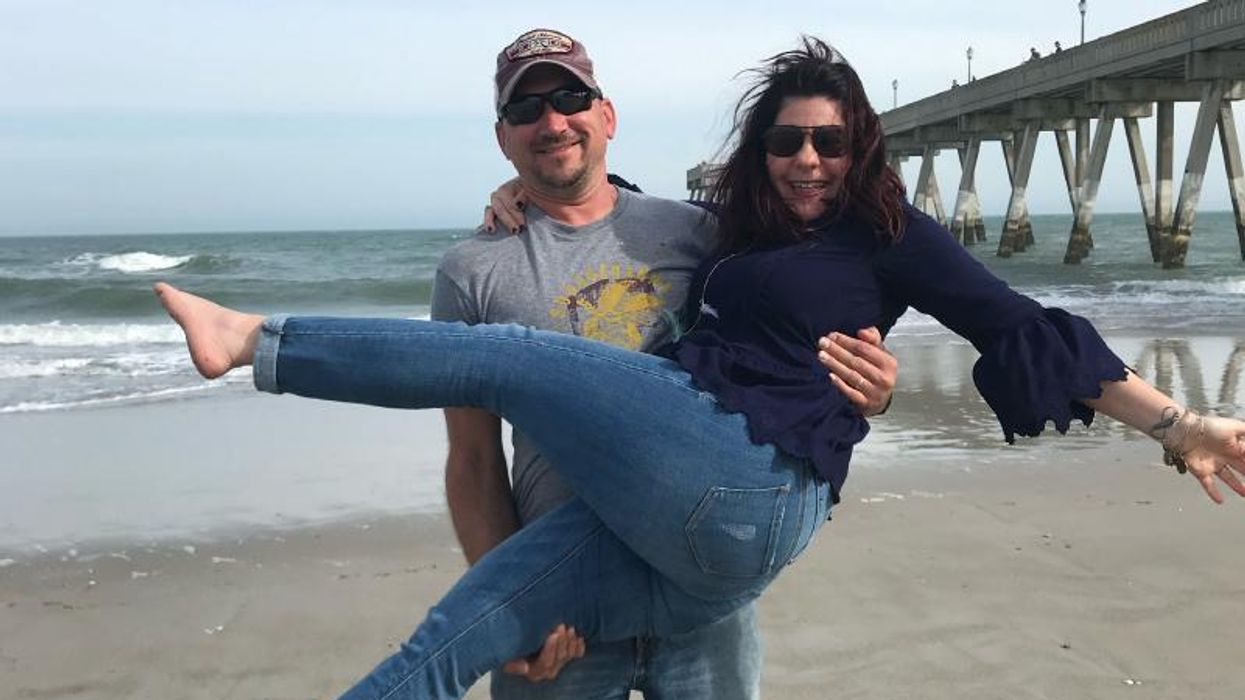 Nicole Lazowski with her husband, Mike, in a photo she provided.

Her father battled heart disease for as long as she could remember. She was 7 when he had his first of five heart attacks.

"I grew up in and out of hospitals, going there with my parents," Nicole said. "My father was a big smoker and I remember saying to myself, 'I will exercise. I will never smoke. I'm never going to do that to my body.'"

Nicole's active lifestyle included being a cheerleader in her youth. She continued her healthy lifestyle while staying home to care for her son, Ethan. Once he started school, she became a devotee of high-intensity training and spinning.

Then she decided to help others with their health. She became a nurse's aide.

Nicole and her husband, Mike, were longtime residents of Scranton, Pennsylvania, until moving to North Carolina. Two years later, they decided to go back to their friends and family. They happened to move around the start of the pandemic.

That's when Nicole started experiencing bouts of extreme exhaustion. She chalked it up to stress.

"We were going back and forth from Pennsylvania to North Carolina a lot during the move, packing and unpacking, along with renovating a house," she said. "There was a lot going on."

Still, she couldn't shake the idea that it might be more than stress. She got tested for COVID-19; it turned out negative.

In mid-April, her heart raced and she felt anxious. She blamed it on fears about the pandemic and related fights on social media among family and friends. Days later, she felt exhausted and her left arm ached for no apparent reason. She went to bed by 8:30.

The next morning, she woke up around 7 drenched in sweat. Her breathing was shallow. Her back ached. Her jaw felt stiff and painful.

She'd had occasional panic attacks in the past. This must be another one, she thought.

He was about to leave to pick up some equipment from the storage unit they used during their house renovation.

"Should I stay or go?" he asked Nicole.

A few minutes later she changed her mind.

"I really need to go to the emergency room now," she said.

On the way to the hospital, Nicole started to think about where she hurt – pain in her arm, back and jaw, plus shallow breathing.

"These are the symptoms of a heart attack, but I'm only 41," she thought.

She realized she'd been trying to rationalize them away. When she was alone with the medical staff, she told them what was on her mind: "I think I might be having a heart attack."

She was immediately given an electrocardiogram to measure her heart rate.

"As soon as the doctor looked at the results, I could see it in his face," Nicole said.

She heard a code called. She knew the meaning of that from working in hospitals. Someone was in critical distress. This time it was her.

"You're having a heart attack and you need a stent," a doctor told her.

As doctors rushed her into the catheterization lab, she remembers saying, "I'm too young. This cannot be happening."

Doctors found a 90% blockage at the beginning of her left anterior descending artery, restricting blood flow to a large portion of her heart. Through an emergency cardiac catherization procedure, a stent propped open the blocked artery.

Nicole was awake during the procedure. She felt the pressure on her arm disappear as soon as the stent was placed.

Mike remembers getting a call from the doctor while he sat in the parking lot, unable to be with his wife because of pandemic restrictions. He was relieved when doctors said Nicole should have a complete recovery.

The day after the procedure, the cardiologist told Nicole that no matter how healthy she ate or how much she exercised, she couldn't have prevented plaque buildup in her arteries because of her family history. However, her high level of fitness greatly helped her survive the heart attack.

"If heart disease runs in your family, definitely get it checked out, because it doesn't matter how fit you are," she said.

The pandemic prevented her from entering a cardiac rehabilitation program right away. So she exercised on her own, starting with walking and slow spinning. She now spins at home a few times a week.

She's now back to being a nurse's aide.

"It's a year later and I'm still scared sometimes," she said. "But I also think I'm stronger because I went through all that in the hospital alone."

She hopes other women, including younger ones, will listen to their bodies.

"We women are so busy with children and work and husbands, we don't ever stop," she said. "Definitely get checked out if you think something is wrong. Nothing is too little, because it could lead to something big."