AHA News: For Many Hispanic People, Vaccination Worries Are a Matter of Trust 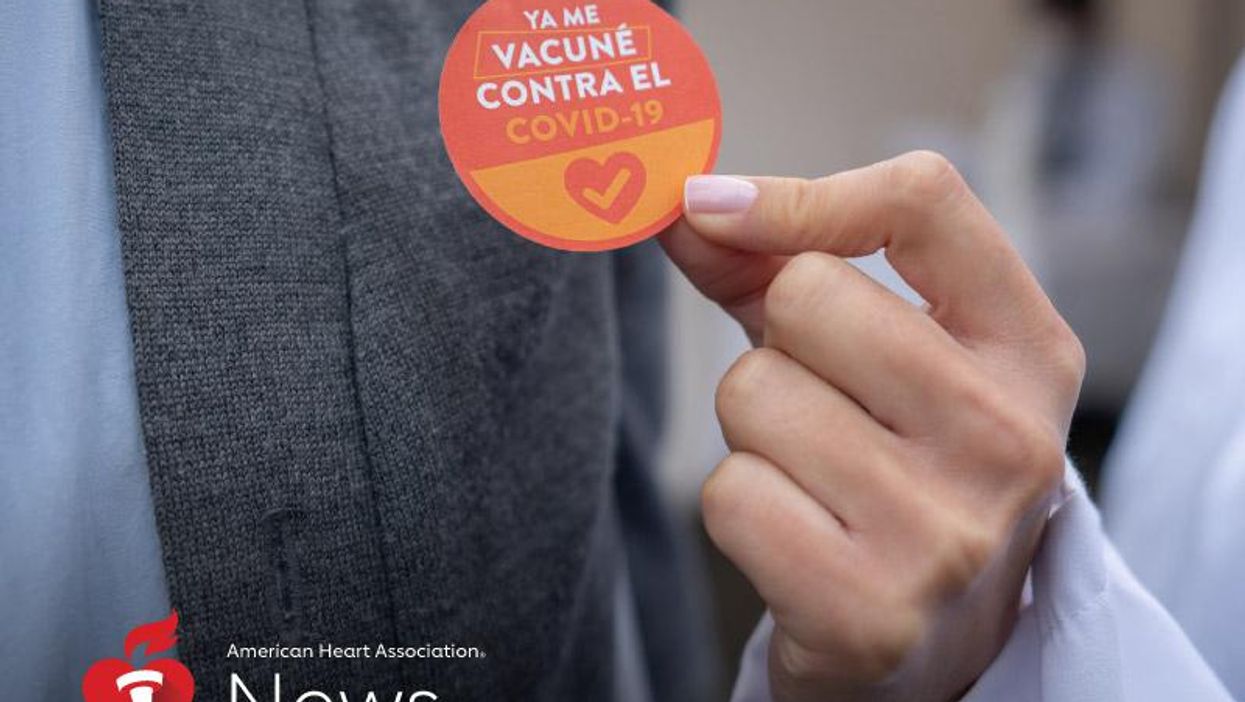 WEDNESDAY, Sept. 15, 2021 (American Heart Association News) -- From the start, Norma Cavazos was surrounded by friends and family who were vaccine skeptics: "No one was going to take it, including myself. That was something that we were all adamant about."

As a public health worker for the state of Texas, she was aware of the coronavirus long before people around her in Harlingen, a city about 14 miles north of the U.S.-Mexico border in the Rio Grande Valley, started getting sick. But her concerns about the vaccines then being developed stayed steadfast even as the disease started shuttering businesses and claiming family members' lives.

She heard all kinds of falsehoods. The vaccines were being rushed. They were a part of a government plot against Hispanic people. And, most serious to her, that they were dangerous for someone with her health issues, which included a heart condition.

Cavazos, 62, said she worked hard to find facts, but what she read overwhelmed her. "I was just so confused and so upset."

Her experience – and the story of how she turned around and began urging others to get the free vaccine – illustrate some of the reasons vaccination rates among Hispanic people have been lagging, as well as what might help speed up a recent reversal in that trend.

Until recently, according to the Centers for Disease Control and Prevention, Hispanic people have been getting vaccinated at low levels relative to their population, even though COVID-19 has hit them disproportionately hard.

Deep-seated mistrust in medical research and massive amounts of disinformation are two of the biggest barriers for Hispanic people, said Amelie G. Ramirez, who has a doctorate in public health and is director of the Institute for Health Promotion Research at the University of Texas Health Science Center at San Antonio.

The mistrust predates the pandemic.

A 2019 Pew Research Center survey found 60% of Hispanic respondents considered misconduct by medical research scientists to be a very big or moderately big problem. Only 42% of white people said the same.

Social media amplified that mistrust, particularly among Latinos, who are heavy users of cellphones to connect with far-flung family, Ramirez said. She's seen falsehoods about microchips, fertility risks and more spread rapidly, in English and Spanish, across the hemisphere. "I have a cousin who's a nun, and her whole order didn't want to be vaccinated, even knowing that the pope is supporting it."

Some of the problem is simply people don't like to be told what to do, she said.

But resistance crosses educational, economic and cultural lines among Hispanic people, said Ramirez, who also is director of Salud America, an organization that promotes Latino health. Getting to the core is a challenge. "It's this onion that we just kind of keep peeling back in terms of trying to better understand why and where did this mistrust start."

"There are issues of trust in the community, but also factors like access," said Rodriguez, who has researched health disparities.

Many Hispanic workers have jobs that require them to be there in person, which limits when they can get the vaccine, she said. "It is exactly the people who can't take time off work to get vaccinated or can't sign up on complicated online portals who need the vaccine the most."

Despite such obstacles, vaccination rates have been rising in recent months. The CDC reported that as of Sept. 14, Hispanic people, who make up 17% of the U.S. population, made up 26% of the those receiving their initial dose in the previous two weeks.

Why the change? Ramirez said the delta variant, which has filled intensive care units with unvaccinated people, is scaring people into action. She also credited better efforts to share information in English and Spanish. "Finally, the messaging is getting out there to reach our communities," she said.

To keep things moving in the right direction, Rodriguez emphasized a need to remove barriers that keep people from getting vaccinated. Workers shouldn't be forced to take time off work to get vaccines, for example, and to face questions about their immigration status, "particularly in undocumented groups, who may fear deportation."

She also said people need a way to address their fears. Community leaders and trusted public figures could help with that.

Ramirez agreed. She also said people can help themselves by being skeptical about what they read online. For reliable information, she suggested starting with a local medical school or public health department, or the CDC.

The CDC and other major public health organizations like the American Heart Association and American Academy of Pediatrics recommend all eligible people get COVID-19 vaccinations. Those still unsure can talk with their doctor, nurse practitioner, physician assistant or pharmacist, or go to getvaccineanswers.org for credible information.

A wide-ranging report from the CommuniVax Coalition noted "vaccination moves at the speed of public trust." And finding local, trustworthy experts is what helped Cavazos change her mind.

Exasperated by all the conflicting information she found, she finally called her personal doctor directly. "I'd never done that before, to just pick up the phone and call my doctor."

So, in January, she did. She's since worked with Salud America to share her story.

Cavazos, whose job involves teaching community workers and others about health issues, said people have the right to make their own choices, but efforts to provide information need to be personal and direct.

"You can't get that from a politician or a commercial," she said. And you can't just tell people to get a vaccine because it's good for them and leave it at that. "People want to know everything. They want to know the truth. And they want it from a person that they trust."