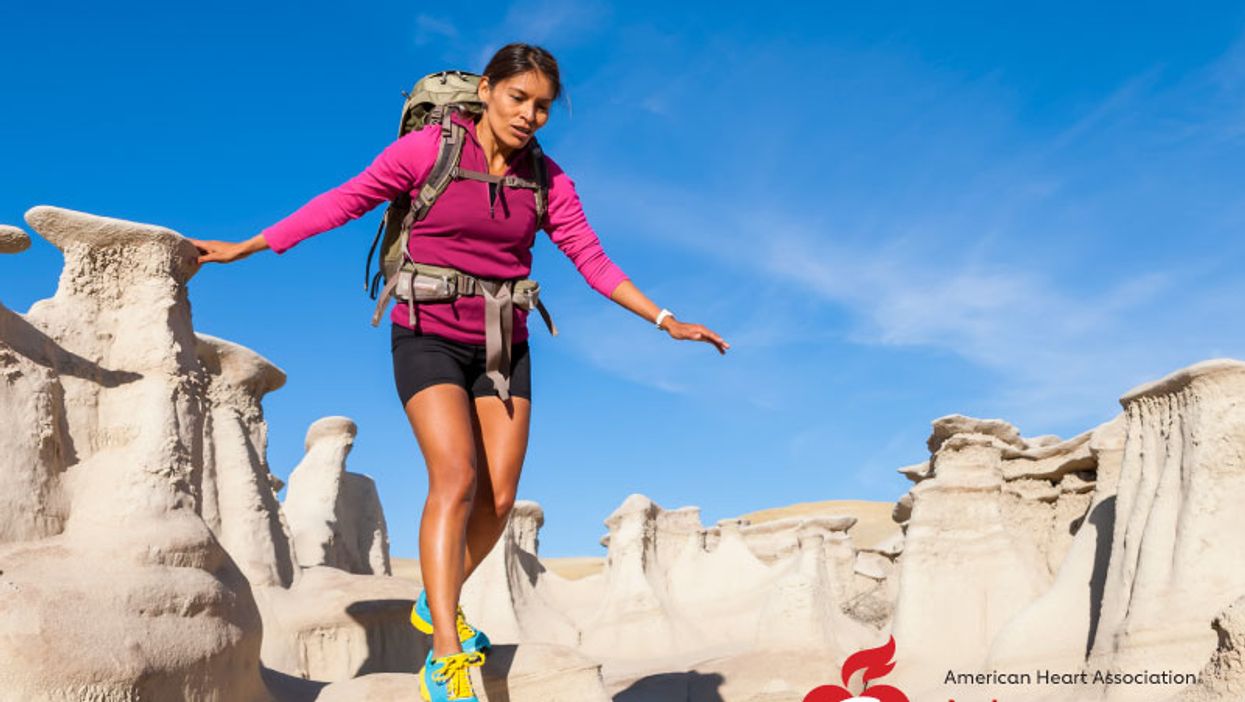 Past studies of people from all populations show that inflammation plays a central role in heart disease, and that exercise might reduce inflammation in the body.

For the new study, researchers focused on American Indians, "a special population that, unfortunately, is not always included in studies that show the benefit of physical activity," said the lead researcher Dr. Ozan Unlu, chief resident of quality and patient safety at Weill Cornell Medicine in New York City.

The findings will be presented Friday at the American Heart Association's virtual Scientific Sessions. The research is considered preliminary until published in a peer-reviewed journal.

The study looked at self-reported physical activity levels from 3,135 adults in Arizona, North Dakota, South Dakota and Oklahoma, who did not initially have cardiovascular disease and who took part in the Strong Heart Study of American Indians. Researchers also looked at their levels of fibrinogen, a blood plasma protein that is considered a marker for inflammation.

Researchers tracked the study's participants over 26 years of follow-up, during which 378 people died from heart disease. The groups were split into four equal groups, or quartiles. After adjusting for various factors, researchers found those who were the most physically active, in the top quartile, had a 44% lower risk of dying from cardiovascular disease than those in the bottom "minimal activity" quartile. The next two quartiles had a 31% and 9% lower death risk, respectively, than those in the lowest quartile.

"This study confirms that physical activity reduces cardiovascular mortality in this unique cohort of American Indians," Unlu said. "This is a population that doesn't always have the resources for exercise and physical activity that are available in urban settings."

The study's senior researcher, Dr. Parmanand Singh, said many of the participants live on reservations in rural areas where the nearest gym or other activity-related facility could be many miles away.

"We need to dig deeper and find out what sort of facilities can be constructed on reservations that are in line with the cultural value system of the population. We have to think about other interventions, too, such as bringing health fairs or other public health initiatives to the reservations," said Singh, assistant professor of medicine and director of nuclear cardiology at Weill Cornell Medicine.

The research was limited by its retrospective nature, Singh said. The findings need to be confirmed by future studies in which participants gradually get more physically active and researchers see if that impacts fibrinogen readings, he said.

Dr. Carl Lavie said the idea that exercise lowers fibrinogen levels and cardiovascular death rates "is nothing new, but the new thing is that in this American Indian population, the benefit of the physical activity is, at least statistically, explained by the lower fibrinogen." He is a medical director of cardiac rehabilitation, prevention and exercise at the Ochsner Clinical School/University of Queensland School of Medicine in New Orleans.

Lavie, who was not involved in the study, said more research is needed to figure out if fibrinogen is a valid way to measure cardiovascular risk. But even now, he said, "if one happened to measure a fibrinogen level and it was high, this would even provide further support for recommending physical activity."

VTE Risk Up for Children With Inflammatory Bowel Disease