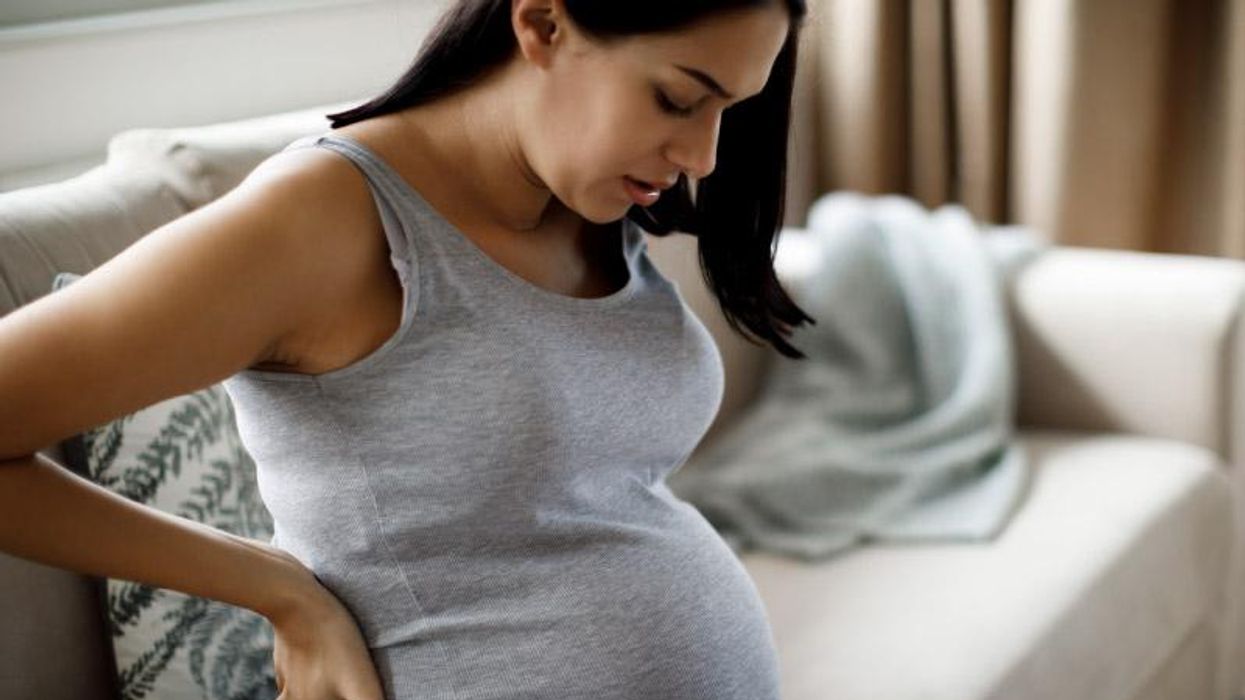 THURSDAY, May 6, 2021 (American Heart Association News) -- Soaring blood pressure. A racing heartbeat. Trouble sleeping. Excessive worrying. Difficulty concentrating. These are warning signs of out-of-control stress and anxiety, and their roots could begin long before you might think.

Anxiety disorders are the most common mental health issue in the United States, affecting nearly 1 in 5 adults, or 40 million people. Another 19 million adults – 8% of the population – has depression. Both can harm heart and brain health.

While the causes of these disorders are not fully understood, researchers believe at least some of the architecture of mental health begins long before adulthood. And a growing number of studies show it can begin in the womb. High levels of maternal stress during pregnancy can predispose a developing fetus to psychiatric and cardiovascular illnesses decades later.

"Prenatal stress does not cause these disorders, it creates a vulnerability to them," said Jill Goldstein, a professor of psychiatry and medicine at Harvard Medical School. She also is founder and executive director of the Innovation Center on Sex Differences in Medicine at Massachusetts General Hospital in Boston.

The stress hormone cortisol plays a vital role in the body and in fetal development. But when a woman is exposed to intense or prolonged stress during pregnancy, excessive levels of cortisol can disrupt development of the unborn child's brain. These changes in fetal brain circuitry can lead to hypersensitivity to stress later in life, Goldstein said, as well as immune system problems that can lay the groundwork for future vulnerability to disease.

She recently published a study in Proceedings of the National Academy of Sciences showing middle-aged people who had been exposed in utero to abnormal levels of pro-inflammatory markers because of stress had poor stress regulation up to 45 years later. Her team's earlier work showed prenatal stress affects the unborn child's later risk for depression, psychosis and heart disease.

But experts caution that not all maternal stress leads to brain changes, and not all pregnant women respond to stress the same way.

"It's not the cause of the stress, but how the person handles it that matters," said Catherine Monk, professor of medical psychology and director of Women's Mental Health @Ob/Gyn at Columbia University Irving Medical Center in New York City.

While some stress is good because it helps people make deadlines or face challenges, poorly regulated or chronic stress is what's potentially harmful.

"If mom is anxious in pregnancy, the fetus could be exposed to greater levels of cortisol. That can subtly change the setpoints for the child's future response to stress," Monk said. But that's not always a bad thing.

During prenatal development, the mother's experience cues the child for what the future may hold, Monk said. If the child is born into an environment rife with threats, being conditioned to respond to a high level of stress is a good thing. They "will be more adept at handling a threatening environment, which might be beneficial to survival."

The problem occurs when there's a mismatch between the way the child's brain has been conditioned and the environment into which that child is born, she said.

A child predisposed to react to high levels of stress but born into an environment that is safe and non-threatening may struggle with anxiety problems, Monk said, because "that level of vigilance and reactivity is not needed."

But it's also important for women to know changes to the baby's brain created during pregnancy aren't irreversible.

"Brain development is fastest in utero, but a remarkable amount also occurs in the first three years of life," said Monk. "There are lots of opportunities to address this."

For example, adults who attend to a child's needs after birth and act as calming forces and role models also will affect a child's brain development, she said.

Even if hyper-reactivity to stress persists past childhood, adults can learn to regulate their stress response.

Mindfulness, cognitive behavioral therapy, insight-oriented therapy and other practices can help adults – including pregnant women – lower stress and anxiety, as can medications.

Monk's research found social support was one of the most important factors in helping women reduce stress during pregnancy. People who felt connected to friends and family members and who had help with errands, for example, were less stressed than those who did not. "Those who reported feeling stressed did not have people who emotionally had their back and could be there to help with things."

Not everyone has that kind of help. Women living with the chronic stress of poverty or structural racism also face higher risks, Monk said, as well as those with depressive disorders – all factors that can result in barriers to finding social support.

One in 20 women of childbearing age in the U.S. and about 13% of pregnant women have depression, according to a 2018 analysis in the journal Obstetrics & Gynecology. Black women are at even greater risk. They are more likely than any other group to report symptoms of stress, anxiety and depression during pregnancy.

Because of the potential long-term health consequences, doctors treating pregnant women should be attentive to their mental as well as physical health, Monk said.

"When you work with a pregnant woman, you have two patients, not just one," she said. "When we're supporting her and her mental health, we're also supporting the future child."