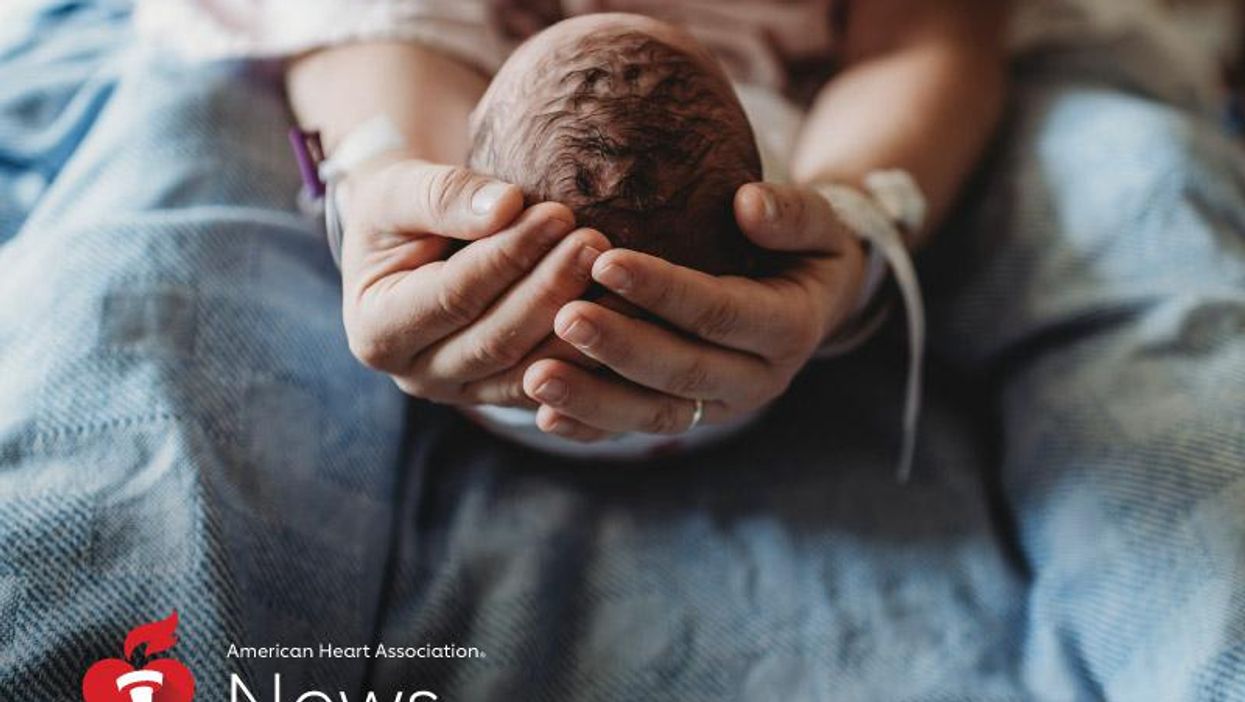 MONDAY, May 10, 2021 (American Heart Association News) -- It's not surprising that babies born prematurely may face more health issues than those who were carried to term.

But new research suggests the same may apply to their mothers.

A study published Monday in the American Heart Association journal Circulation showed women who delivered babies preterm had a higher risk of having a stroke. "I'm not sure there's a lot of awareness of this," said Dr. Casey Crump, who led the research.

A full-term pregnancy lasts about 40 weeks. A birth earlier than 37 weeks is considered preterm. Crump said previous smaller studies had suggested an association between preterm deliveries and stroke, as well as high blood pressure, a main risk factor of stroke, "which sparked our interest in looking further."

So, researchers looked to Sweden, where a universal health care system "facilitates a really great collection of data," said Crump, a professor of family medicine and epidemiology at the Icahn School of Medicine at Mount Sinai in New York City.

Even after accounting for other risk factors such as smoking, obesity and diabetes, the frequency of stroke was 42% higher among women with preterm deliveries compared with full-term. And the earlier in pregnancy the birth occurred, the greater the risk.

"Those risks were the highest in the 10 years after delivery, but they persisted up to 40 years later," Crump said. "The most surprising thing for us was that these risks persist for so long."

According to the Centers for Disease Control and Prevention, about 1 in 10 births in the U.S. are preterm. Stroke, which occurs when the brain is deprived of blood and oxygen, affects an estimated 795,000 people in the U.S. each year. Crump said the study's findings apply both to ischemic stroke, when a blockage obstructs an artery carrying blood to the brain, and hemorrhagic stroke, when a blood vessel ruptures in the brain.

"This was an extremely impactful study," said Dr. Amytis Towfighi, associate professor of neurology at Keck School of Medicine at the University of California, Los Angeles. She was not involved with the new research. "It's the largest cohort study to date looking at the association between preterm delivery and stroke, and it's very well designed."

What the study doesn't do, Towfighi said, "is answer the question of why. It might have to do with inflammation or hypercoagulability (the tendency to form blood clots). But we still don't really know the causal mechanism."

Crump said he hopes researchers will follow up with more studies to figure out those answers. "This also needs to be replicated in other places and populations, to look at whether this varies in other racial and ethnic groups."

In the meantime, however, both doctors agree women who had preterm births and their clinicians should heed the warning about the increased risk of stroke long-term.

Towfighi said doctors "can counsel them to ensure they eat a healthy diet, engage in physical activity, abstain from smoking and get regular checkups to screen for high blood pressure, diabetes and high cholesterol, so that preventive medications can be started, if indicated, to lower their risk of stroke."