See What HealthDay Can Do For You
Contact Us
November 6, 2020

AHA News: She Had a Bleeding Stroke and a Clot-Caused Stroke – at the Same Time 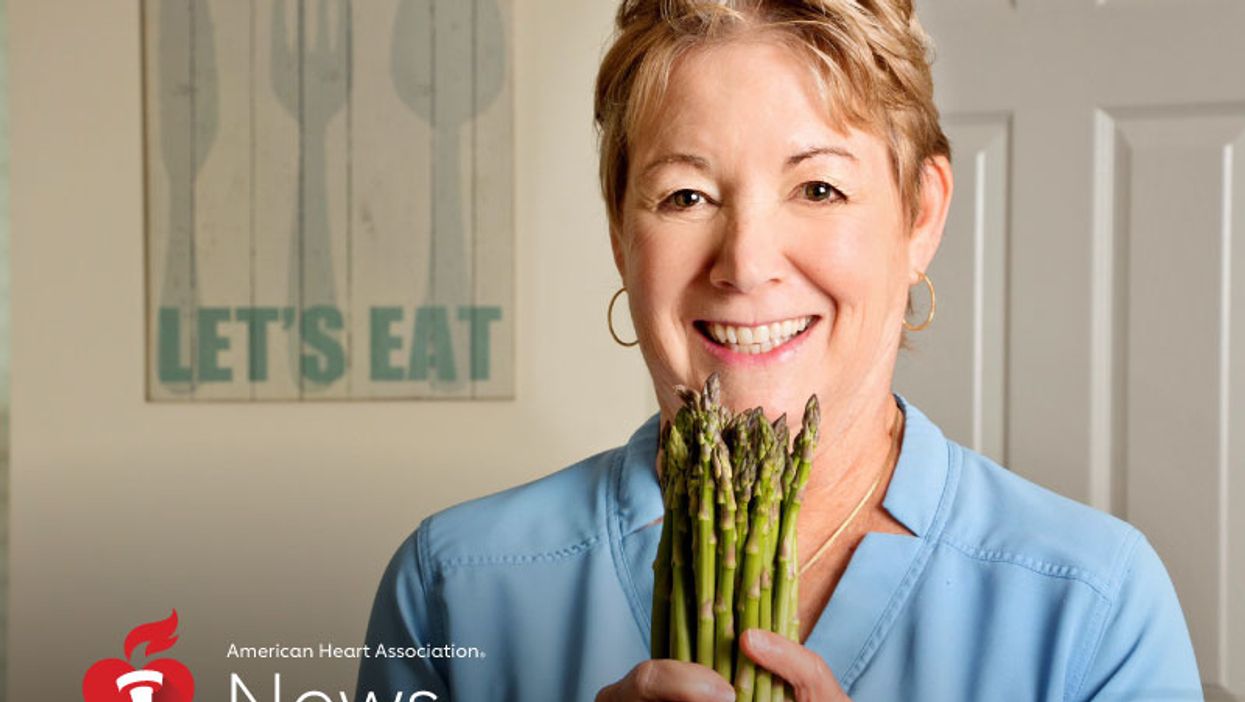 FRIDAY, Nov. 6, 2020 (American Heart Association News) -- Cathy Brophy went into the guest room to enjoy her guilty pleasure – the reality series "Below Deck." She fell asleep, only to eventually wake up, turn off the television and return to sleep.

Around 4:30 a.m., she woke up and tried turning onto her left side. She couldn't.

Cathy's only explanation was that she'd slept awkwardly and something on her right side had gone numb. Her solution was to climb out of bed.

She scooched her way to the end of the bed, expecting to stand. Instead, she fell with a thud.

With her left arm and fist, she banged on the wall of the adjoining bedroom, screaming "Tom! Tom!" to wake her husband from his deep sleep.

The door eventually opened and Tom, a retired police officer, rushed in.

In Cathy's mind, she told him what had happened. But all Tom heard was gibberish. Her right arm and leg were oddly bent. He knew the signs.

Seeing the severity of the stroke, the receiving hospital transferred Cathy to a more specialized medical center in nearby Charlotte, North Carolina.

Doctors determined Cathy had suffered two calamities at once: An aneurysm in her brain had burst, causing a hemorrhagic stroke, and a blood clot simultaneously caused an ischemic stroke.

Tom recalled the doctor showing him the brain scans, pointing out where blood was going – and where it was supposed to go.

"If this takes hold, she'll live," the doctor told him. "And if not, she won't make it through the night."

Three days later, Cathy woke up in intensive care, with Tom by her bedside.

"You're alive!" he said with a smile.

The surgeon had placed one stent in Cathy's left carotid artery in her neck and two stents in the middle cerebral artery in her brain. The procedure was performed by inserting a catheter through an artery in her groin.

Doctors saw no obvious reason for Cathy's double stroke, which occurred in 2015, when she was 64 and in good shape. While she had no family history of stroke, five years earlier she had open-heart surgery to repair a congenital heart problem and an aneurysm. Cathy bounced back quickly from the heart surgery. A month later, she was back to running her book publishing company.

But her return to work after the double stroke was not so swift. Although she was home within a week, Cathy needed speech and occupational therapy for about six months. Every day she and Tom would play word games suggested by the therapist.

"The speaking part was really challenging," Cathy said. "In my head I knew what I wanted to say, but I couldn't access the words. As a writer and a publisher, that was terrible."

One day, she overheard her sister tell their brother, "She's only 50% of the sister I used to know."

Cathy was devastated. But the comment also motivated her to work harder at therapy and seek a healthier lifestyle.

In 2016, she sold her business, something that had already been in the works before the stroke, and started a pet-sitting service. Last year, she decided to devote all her time to her health. Changes included switching to a plant-based diet, a major decision for someone who avoided vegetables her entire life, and exercising daily – going for long walks, practicing yoga and doing breathing exercises.

"This is my second year on a plant-based diet and I feel wonderful," she said.

Tom followed her lead and has benefited, too.

"I've dropped 20 pounds and have a lot more energy," he said. "We've developed a lot of good recipes now and we eat a salad a night with a lot of different things on it."

Cathy became so interested in the subject that she earned a plant-based nutrition certificate and now gives talks on the topic to local groups.

While she knows another neurological event could occur, she no longer stresses about it.

"If it happens, at least I'm living happy for now," she said. "Before the stroke, I was tense all the time. Now I'm happy."