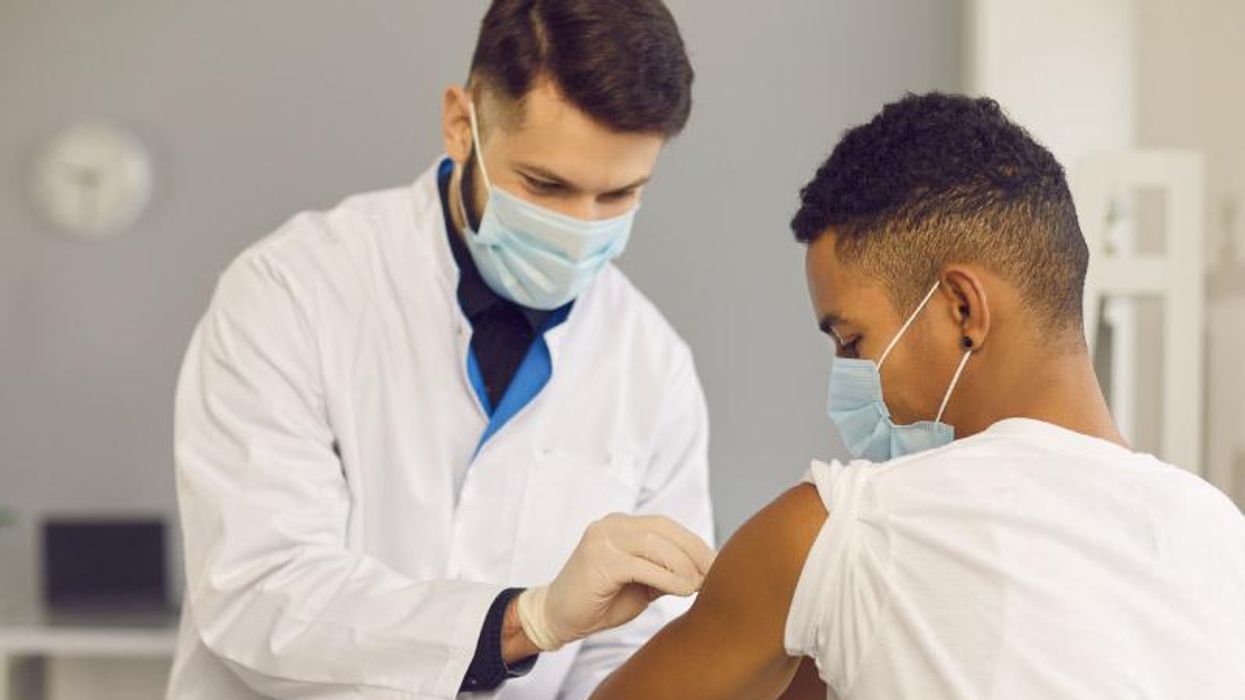 MONDAY, June 21, 2021 (American Heart Association News) -- A possible link between some COVID-19 vaccines and heart inflammation bears close monitoring, but it's no reason for parents or their teenage children to avoid vaccination.

That's what researchers are saying after several reports of the inflammation in teens and adults who had been vaccinated recently.

Such cases appear to be rare, said Dr. James de Lemos, a professor of medicine at UT Southwestern Medical Center in Dallas. "They don't change the overall dynamic," he said, and people should get vaccinated.

As of June 14, the Centers for Disease Control and Prevention and the Food and Drug Administration had confirmed 323 cases of myocarditis, inflammation of the heart muscle, or pericarditis, inflammation of the sac that surrounds the heart, in people younger than 30 who had received either the Pfizer or Moderna vaccines. That's out of more than 310 million doses administered in the U.S.

The CDC's Advisory Committee on Immunization Practices, which advises the agency on vaccine use, plans to review and discuss the inflammation data as part of a three-day meeting that starts Wednesday.

On May 24, the CDC's COVID-19 vaccine safety group noted a higher-than-expected number of reports of myocarditis and pericarditis in vaccinated 16- to 24-year-olds. That was followed by a preliminary case study in the journal Pediatrics that examined seven cases of teen boys who developed similar cases after being vaccinated. Pfizer's vaccine received emergency authorization for use in 12- to 17-year-olds on May 10, and Moderna is awaiting authorization for its vaccine in that age group.

Dr. Pei-Ni Jone, a pediatric cardiologist at Children's Hospital Colorado, University of Colorado Anschutz Medical Campus in Aurora, said her facility had treated nine patients, all teenagers or young adults, with similar symptoms. Initially, after their second vaccine dose, they reported common side effects such as tiredness and muscle soreness. "And then two days later, they have chest pain."

Such cases are treated with pain medications and anti-inflammatory medicine. "The good news is, all these children recovered," Jone said. They'll be advised to limit activity for three to six months, she said, but so far, doctors have seen no lasting problems.

"It's an uncommon phenomenon," said de Lemos, co-author of a third Circulation paper that explored the case of a 52-year-old man in-depth. The issue seemed to occur most often in younger men, he said.

Most of them have not been very sick and not required ICU care, and all recovered clinically after spending "just a couple of days" in the hospital, he said. "They've all done well."

Although myocarditis has been seen with other vaccines, such as for smallpox, the exact connection is not clear, de Lemos said. The case reports offer clues that the answer probably lies in the body's immune response.

Both de Lemos and Jone said the myocarditis patients would need to be monitored for possible long-term problems. But for parents and patients worried about making the healthiest choice for their children or themselves, the doctors agreed vaccination is the right decision.

"When you're talking about immunizing healthy people, it's the question of, 'Which is the bigger risk – having the vaccine or taking your chances with COVID?'" de Lemos said.

Although the data is still coming in on apparent myocarditis following the COVID-19 vaccine, CDC numbers through late May estimated that 16 cases of myocarditis or pericarditis would be reported for every million second doses given to people ages 16 to 39. That works out to 0.0016%, or roughly 1 in 62,000.

By contrast, de Lemos said the best studies on college athletes put the chances of a young person getting myocarditis after COVID-19 at between 1% and 3%. That's roughly 1 in 50.

So, a young person's risk of myocarditis "is much higher if they get COVID than it is if they get vaccinated," de Lemos said.

Vaccines also protect against other COVID-19-related problems: heart damage, lung damage and a condition called multisystem inflammatory syndrome in children, or MIS-C, which has killed 36 children as of early June, according to the CDC.

"Getting COVID or MIS-C is a lot worse than myocarditis/pericarditis from the vaccine," Jone said.

If a patient gets a vaccine, and two to four days later they have chest pain, they should be evaluated at an emergency room, she said.

De Lemos said adults with existing heart disease shouldn't be dissuaded from being vaccinated, either.

The details are still developing on vaccines and myocarditis, but the message is still resoundingly that those who are eligible should get vaccinated.

"There's not some tsunami waiting to come," de Lemos said. "It's not something that people, in my view, should be afraid of. Because the risks are low, and the benefits of vaccination are overwhelming."