See What HealthDay Can Do For You
Contact Us
February 2, 2021

AHA News: The Night Before a Big Presentation, Lawyer-Mother Has a Heart Attack 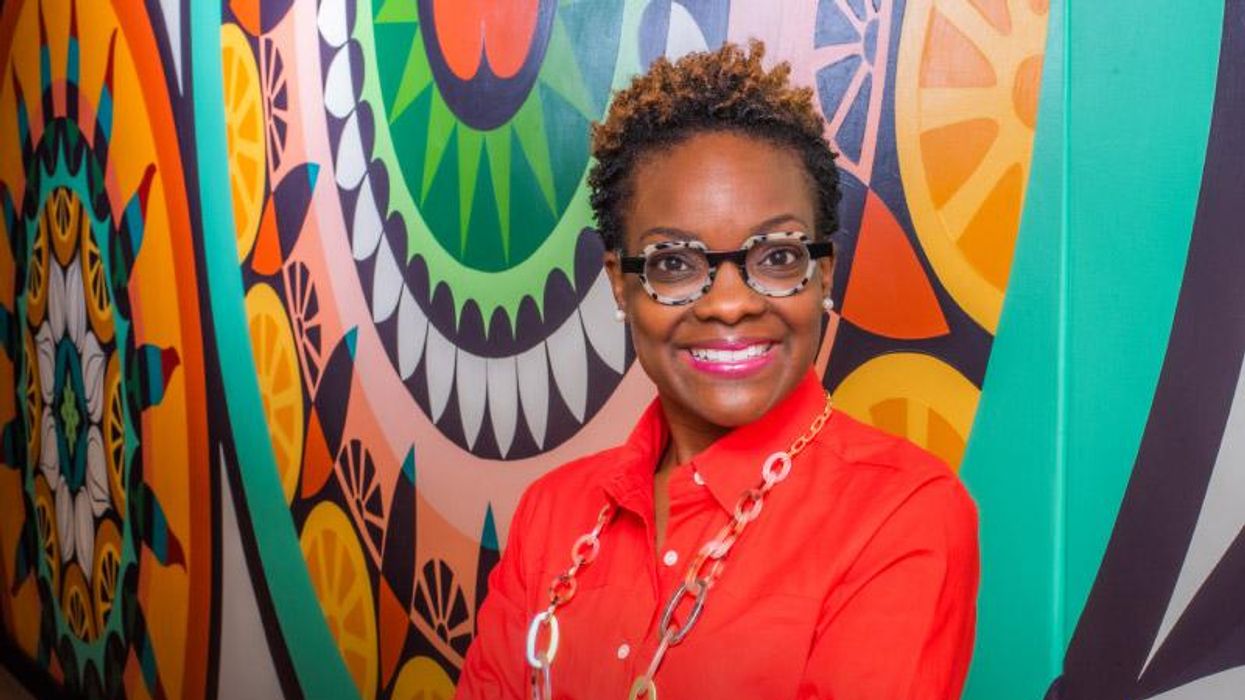 TUESDAY, Feb. 2, 2021 (American Heart Association News) -- About every other month for nearly a year, Cherée Johnson would wake up in the middle of the night with a sharp pain in her chest. Sometimes it lasted a couple of minutes, sometimes as long as 20 minutes.

She was by all accounts healthy. A petite woman, Cherée was still at her college weight 20 years later. She prioritized regular exercise and a healthy diet despite a busy schedule as an international corporate lawyer, a wife and mother of an 8-year-old son and 10-year-old daughter.

Whenever she had one of those mysterious episodes, Cherée would call her sister, Dr. Chevon Rariy, an endocrinologist.

Each time, Rariy urged her to document the experience and to follow it with a trip to her primary care doctor. Cherée always did both.

"You're just stressed," her doctor said after the first checkup detected nothing wrong.

"I think you're overreacting, but I'll order them," the doctor said.

The results showed nothing out of the ordinary.

On a Thursday in late August 2018, Cherée left work early to decompress. The next morning, she was scheduled to give a "career-defining" presentation that included requesting additional staff, more duties and a promotion.

At home, she figured that working in her garden would be a great way to relax. As she began spreading mulch, the familiar pain in her chest returned. This was the first time she'd felt it during the day, when she was awake.

It must be the mulch, she thought. Maybe she was allergic. She took an antihistamine and went to run errands.

In a store parking lot, the chest pain returned, only worse. She collected herself and headed home.

She rested while her husband, Steffan, cooked salmon with broccoli and rice for the family. At the dinner table, she felt like she was swallowing golf balls. She assumed it was indigestion and went straight to bed.

Around 4 a.m., Cherée woke up Steffan.

"I'm not feeling well," she said. "The chest pain is back and I'm exhausted."

She got up to use the bathroom, then collapsed to the floor.

Her jaw began to throb. She figured she'd hit it on the side of the bed when she fell.

Steffan helped her to the bathroom and called his sister-in-law.

"Whoa, no, you can't," Cherée told Steffan. "I have the presentation. Let's do it after that."

Cherée switched into work mode, getting dressed and asking Steffan to grab her laptop, phone and chargers. She figured she'd go straight from the hospital to her presentation.

At the hospital, the cardiologist on call started shouting orders. A nurse explained to Cherée what was happening.

"You're having a heart attack," the nurse said, "and you need immediate surgery."

Cherée insisted that wasn't the case, suggesting they perhaps had the wrong person.

Yet she indeed had a blocked artery in her heart. Doctors performed a procedure to insert a stent, opening the blockage and thus restoring blood flow.

When Cherée was recovering, the surgeon said the artery had been 99% blocked and that she'd been having a heart attack for 18 hours.

He saw no lasting heart damage, and it wasn't clear what had caused the blockage.

Rariy, who had been listening to the conversation by speaker phone, asked if the diagnosis could possibly be Prinzmetal's angina, a rare condition she'd read about in medical school. The surgeon said he was unsure.

Unlike typical angina, Prinzmetal's angina usually occurs when a person is at rest, during the night. The pain is caused by a spasm in the coronary arteries, which supply blood to the heart muscle, and is often triggered by stress.

Months later, grappling for a cause, Cherée found cardiologist and chest pain specialist Dr. John Bois at the Mayo Clinic in Rochester, Minnesota.

Bois examined her and said he suspected Prinzmetal's angina based on her age, gender and time of the attacks. The fact that she also has a vascular condition called Raynaud's disease could exacerbate the problem, he said. Raynaud's disease causes blood vessels to narrow when a person is cold or under stress; it usually manifests in the fingers and toes.

Prinzmetal's angina can be controlled through medication, making the likelihood of another heart attack extremely low.

"Having a diagnosis has made all the difference," Cherée said. "I really have to give my sister the credit."

As for that work presentation, it was delayed for three months as she recovered. She ended up getting the promotion. However, she returned to work with a different mindset.

"The heart attack forced me to stop and prioritize what was important in my life," she said. "That meant my health and my family. I now approach work with much more confidence and courage than stress and fear."

Cherée is now a volunteer with the American Heart Association's Go Red for Women initiative and is passionate about educating people on the signs of a heart attack and encouraging them to listen to their bodies and be their own health advocate.

"At first, as an executive, I wondered if people would view me as being weak," she said. "But then I realized that it's really about being courageous and resilient. Once I started to open up about my health, I learned that many of us have health issues. I'm going to use mine for good."