See What HealthDay Can Do For You
Contact Us
April 1, 2021

AHA News: Unloading Groceries, He Found His Wife on the Ground Not Breathing 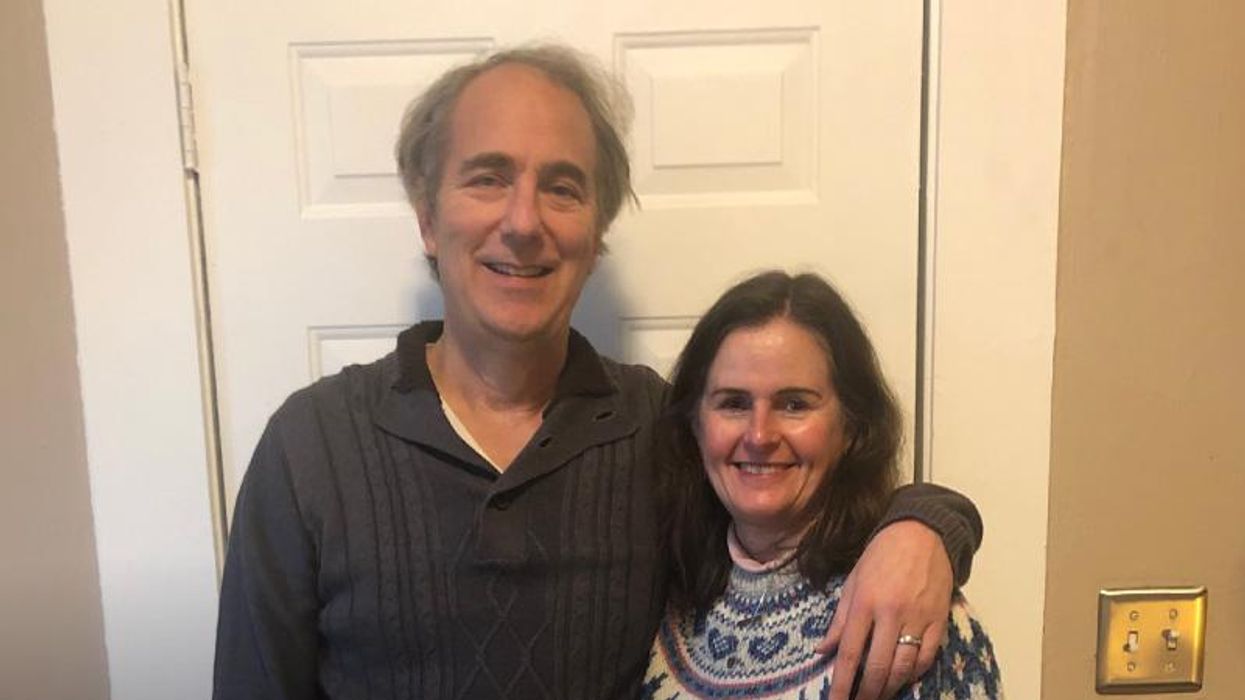 Lynn Wiles (right) with her husband, Kent, in a photo she provided

THURSDAY, April 1, 2021 (American Heart Association News) -- Lynn and Kent Wiles spent the morning running errands together. The Oregon couple shopped for groceries, stopped by the bank and picked up items at the hardware store.

Once home, they were bringing in bags from the car. Lynn had stayed in the kitchen to put away a couple perishables while Kent went to get the last few bags. With everything in place, she headed back out through the dining room to help him with the next load.

She never made it.

Kent found his wife of 17 years on the dining room floor. He dropped the bags and ran to her side. Part of him thought she might be joking. Lynn had been under enormous stress in her job – enough, they had thought, to cause tightening in her chest and tingling in her arms and hands. Maybe this was a silly way of telling him she'd had enough?

Then he noticed how her feet were crossed and that she wasn't moving.

As he rolled her over, Lynn's arm flopped to her side. Her eyes were half open but motionless. She made a strange gurgling sound, what's known as agonal breathing.

He grabbed his phone to call 911, putting it in speaker mode.

Kent learned CPR back when he was a lifeguard in college. Decades later, he was using it for the first time. He started chest compressions and mouth-to-mouth resuscitation, then followed the instructions of the 911 operator.

Just as he heard sirens in the distance, a neighbor who'd noticed some commotion peeked in the open front door. That neighbor happened to be a physician's assistant; she rushed in and took over CPR, providing fresh energy to replace the worn-out Kent.

When the paramedics arrived, they took over CPR and administered shocks with an AED, or automated external defibrillator.

Kent was too nervous and overwhelmed to watch. He was waiting with the neighbor in the kitchen when he heard an EMT scream, "We have a pulse!"

This was last July, so COVID-19 restrictions prevented Kent from riding in the ambulance. He didn't see Lynn again until she was in intensive care, heavily sedated and intubated. He rubbed her arm and said he loved her. Nurses then escorted him to the waiting room.

Within a couple hours, Lynn regained consciousness. She awoke to large signs on the wall of the room, arranged in a sequence.

"You are at Corvallis Good Samaritan Regional Medical Center."

"You had a heart attack."

"Kent did CPR and saved your life."

She felt confused and overwhelmed.

Kent was called into the room. By asking Lynn a few personal questions, he was relieved to see that her brain was working clearly.

Doctors concluded that Lynn had suffered a heart attack caused by a 99% blockage in her left anterior descending artery. The heart attack triggered a cardiac arrest. (A heart attack is essentially a plumbing problem, whereas a cardiac arrest is a glitch in the heart's electricity.) Doctors placed a stent in the artery to open the blockage.

On Lynn's third and final day in the hospital, she was thrilled to be allowed to leave her room. The hospital happened to be located where the couple had lived at one time.

"I walked down a wing and went up to the window and saw the hospital grounds and our old neighborhood and I just started crying," she said. "I was just overcome with joy and relief that I was alive."

Lynn, who at 60 lived a healthy and active lifestyle, realized the stress symptoms she had blamed on work actually were early indicators of her heart problem.

"I didn't connect any one thing with the other," Lynn said. "Nobody did. We all thought it was anxiety."

She returned to work part time within three weeks. She's since changed to a less stressful job and still works part time.

Lynn went through cardiac rehabilitation. She and Kent are again taking walks together, and she enjoys online Zumba and does yoga twice a day.

The couple still feel shaken from the experience.

"Sometimes, especially at night with Kent asleep, I'll go down that rabbit hole," Lynn said. "I can't believe I was that close to dying."

Kent finds himself reliving that day.

"I can still see her on the floor. It was very traumatizing for me," he said. "But I also feel very blessed. I call her my little miracle."