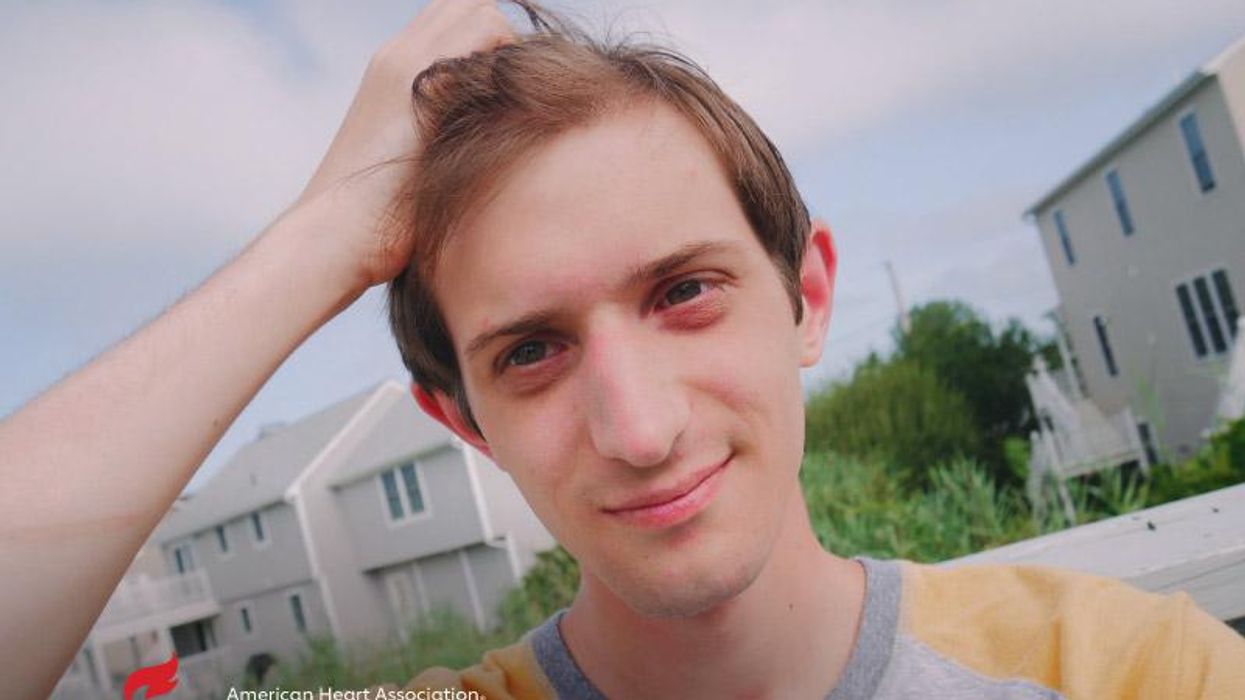 Mike Lane in a photo he provided.

He was 2 days old when a cardiologist realized the reason. He was born with several congenital heart defects, including a missing ventricular septum, a narrowing of the pulmonary artery called stenosis, and a faulty pulmonary artery valve. In the coming weeks and months, even the most minor activity exhausted him so much that "we tried to keep him calm, so he wouldn't cry," said his grandmother, Norma Lane, a nurse.

Ten months later, doctors opened his chest and attempted to repair the defects. They were unable to repair all of them.

Throughout his early years, the problems continued to sap Mike's energy, making it tough for him to keep up with his peers. This led to trouble bonding with kids his age.

"Everybody looked at me like they were going to catch my chronic illness," he said.

One day, Mike noticed his grandfather had a scar on his chest, just like Mike did. His grandfather's scar came from open-heart surgery following a heart attack. While they never really talked about it, knowing he had this in common with someone he loved helped Mike feel less alone.

Mike was 12 when doctors said it was time to again try replacing the faulty valve. The day of surgery, he sobbed hysterically.

"I really didn't know if I was going to wake up," he said.

This time, doctors were able to give him the new valve. And in doing so, they gave him a new life.

More energetic than ever, he attended the Edward J. Madden Open Hearts Camp in the Berkshire mountains. Meeting other kids like him "was one of the best experiences in my life," he said.

"For the first time, I wasn't alone," Mike said.

He was 20 when his doctor told him it was time for a new valve. After the trauma of his two previous open-heart surgeries, he was relieved to have the replacement done through a non-invasive catheterization procedure.

After Mike recovered, he decided to get serious about video gaming.

During the years when Mike lacked energy to keep up with his peers, he said gaming "took my mind off of the pain and the exhaustion that I constantly felt."

At 22, he began posting videos of himself playing on YouTube. He later began livestreaming on Twitch. Using the name Supercaliy, he has nearly 12,000 followers and has made friends all over the world.

"I started building community," he said. It's also become how he pays the bills. "People like supporting content creators that they enjoy watching."

Some gamers prefer action-packed or horror-themed games. Others enjoy more narrative-based experiences. Mike is known as a variety streamer.

"I never really stick to one thing," he said.

He talked openly about his recovery and ongoing health issues with his audience – something that differentiates him from the other gamers.

He hopes to normalize chronic illness "without it being some kind of sob story," he said.

"People in my stream talk about how much they appreciate that I talk about my health, and that feels great," he said.

Mike opens up to that audience because he's building a community. Among his loved ones, though, he doesn't talk much about his heart defects and how they influenced the trajectory of his life.

"When someone is born with a chronic condition, they never complain because they don't know what it is to feel good," Norma said. "Michael never complains about anything."

Mike also uses his platform to connect with others in the LGBTQ community. At 16, he started dating another teenage male he met online.

By sharing his story whenever and wherever he can, Mike hopes to connect with anyone who sees their life reflected in his.

"I'm not the only person in the world who has these issues, but it took me a long time to find people who I could relate to," he said. "I want people to see that they're not alone."