See What HealthDay Can Do For You
ConditionsMultiple MyelomaCancerLeukemiaBlood Disorders

American Society of Hematology, Dec. 10 to 13

The 64th American Society of Hematology Annual Meeting and Exposition

The annual meeting of the American Society of Hematology was held from Dec. 10 to 13 in New Orleans and attracted participants from around the world, including hematology specialists as well as clinical practitioners and other health care professionals. The conference featured presentations focusing on the diagnosis, treatment, and prevention of disorders affecting blood, bone marrow, and the immunologic, hemostatic, and vascular systems.

In a multicenter, randomized, noninferiority, phase III study, Federico Stella, M.D., of the University of Milan in Italy, and colleagues found that adhering to a low-microbial protective diet (PD) during the hematopoietic stem cell transplantation (HSCT) period puts an unnecessary burden on patients and affects quality of life.

The authors compared a nonrestrictive diet (NRD) to PD in terms of infection rate, feeding outcomes, and acute graft-versus-host disease (aGVHD) incidence in autologous and allogeneic HSCT recipients. Two hundred twenty-four patients were randomly assigned to receive PD (112 patients) or NRD (112 patients) from the start of chemotherapy for the entire duration of neutropenia, with follow-up of 100 days for allogeneic recipients and 30 days for other patients. The researchers observed no difference in cumulative incidence of infections, fever, feeding outcomes, or any grade of aGVHD between the groups.

"These results, together with data published in settings other than posttransplantation, demonstrate that the use of restrictive diet is an unnecessary burden for patients' quality of life," Stella said. "Undoubtedly, our data are more mature in the setting of autologous HSCT, where the use of a restrictive diet should be no longer recommended. Subgroup analysis on allogeneic HSCT recipients is not powered to draw practice-changing conclusions; thus, the use of nonrestrictive diet in this setting needs to be confirmed in future trials."

In the ALIFE2 study, a multicenter, international, investigator-initiated, randomized controlled trial, Saskia Middeldorp, M.D., of the Radboud University Medical Center in Nijmegen, Netherlands, and colleagues found that low-molecular-weight heparin (LMWH) should not be prescribed to women with recurrent miscarriage and inherited thrombophilia, as it does not increase the chance of live birth and is associated with side effects.

The authors screened more than 10,000 women with recurrent (two or more) miscarriages for the presence of inherited thrombophilia. Ultimately, 326 pregnant women with confirmed inherited thrombophilia (i.e., factor V Leiden, prothrombin gene mutation, antithrombin, protein C, or protein S deficiency) were randomly assigned to either self-administered daily injections with LMWH or standard pregnancy care alone. Randomization was done prior to seven weeks of gestation. Women with a history of venous thromboembolism and those with antiphospholipid syndrome were excluded.

"Testing women with recurrent miscarriage for inherited thrombophilia should not be performed," Middeldorp said. "This will lower burden and costs of unnecessary treatment and avoid costs associated with thrombophilia testing."

In a 2:1 ratio, the authors randomly assigned participants with an average of two platelet counts of <30×10⁹/L during screening to receive either 10 mg/kg efgartigimod or placebo for 24 weeks. The researchers found that efgartigimod resulted in a 51.7 percent response rate by international working group criteria in patients with chronic ITP who had failed at least two regimens. Most of the patients in the trial had failed three regimens or more.

"We are optimistic that this will offer an additional therapeutic option for patients with ITP who have not responded well to currently available therapy," Broome said.

MONDAY, Dec. 19, 2022 (HealthDay News) -- The bispecific antibody that recruits T cells to tumor cells, glofitamab, is effective for patients with relapsed or refractory diffuse large B-cell lymphoma, according to a study published online Dec. 11 in the New England Journal of Medicine to coincide with the annual meeting of the American Society of Hematology, held from Dec. 10 to 13 in New Orleans.

WEDNESDAY, Dec. 14, 2022 (HealthDay News) -- Among infants born very preterm, iron deficiency is more likely for those fed only with formula, according to a study presented at the annual meeting of the American Society of Hematology, held from Dec. 10 to 13 in New Orleans. 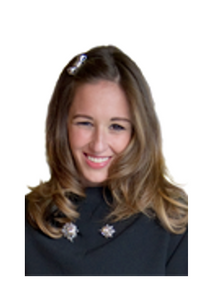 Blood Clots in the Lungs: Consider Surgery Earlier to Help Save Lives

Chronic Pancreatitis: Surgery Can Help, But Healthy Lifestyle Is Key