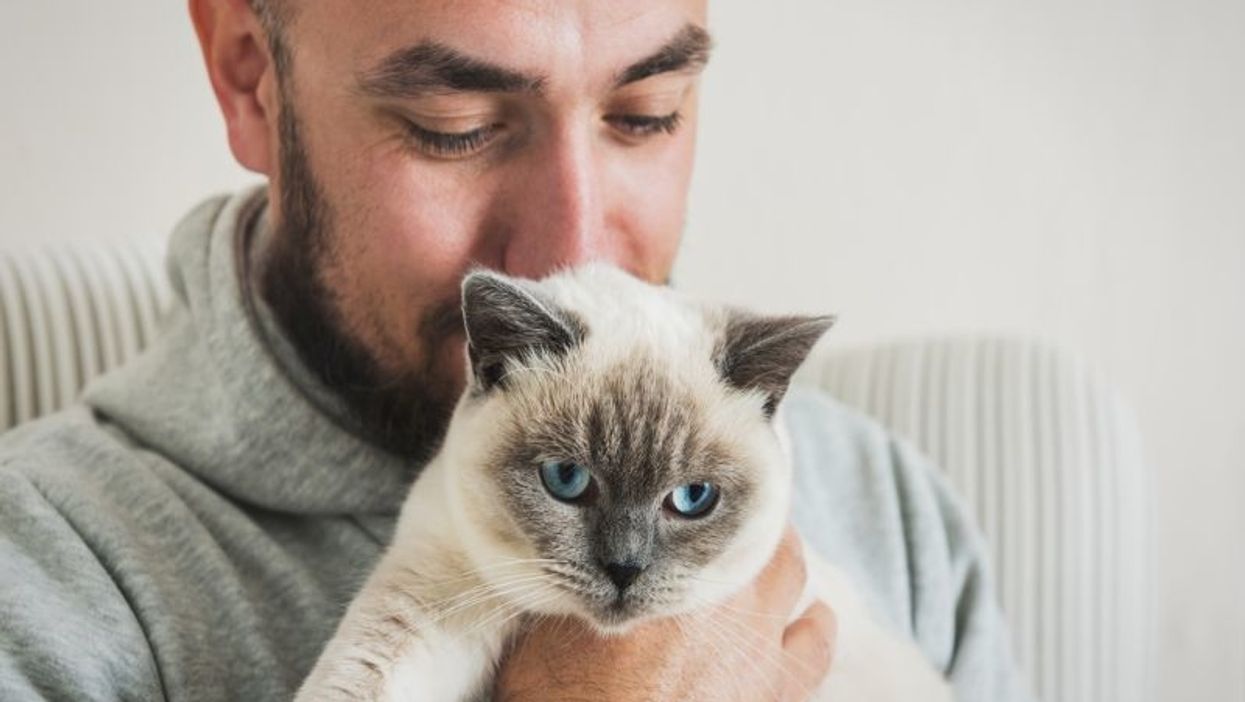 "Minnie loves to hunt," said George, who lives in Cornwall, England. "More often than not, she will bring her prey home and let it go in the house. We've had birds in the bedroom, rats in the wastepaper bin [which took us three days to catch], rabbits in the utility room."

In an attempt to curb Minnie's taste for chasing wildlife, George enrolled her in a University of Exeter trial that tested three novel ways to try to cut down on cats' predatory instincts: meaty diets, "hunting" play and puzzle feeders.

For Minnie, the strategy worked.

After switching to a meatier food, "I found she hardly hunted at all," George said in an Exeter news release. "This continued the whole time she was on this food. I can honestly say I couldn't believe the difference as regards her hunting behavior."

But Minnie wasn't the only feline who hunted less during the 12-week study of 355 outdoor cats belonging to 219 households in southwest England. The study found that two key changes -- adding more meat to a cat's diet, and playing with your cat daily -- helped curb real-life hunting.

Diets high in meat proteins led to a 36% reduction in the number of prey animals that cats brought home, according to the findings published Feb. 11 in the journal Current Biology.

"Some cat foods contain protein from plant sources such as soy, and it is possible that despite forming a 'complete diet' these foods leave some cats deficient in one or more micronutrients -- prompting them to hunt," study author Martina Cecchetti, a Ph.D. student at the University of Exeter, said in a journal news release.

With the "hunting" play strategy, cats stalked, chased and pounced on a feather toy dangled on a string. The cats were given a mouse toy to play with after each play hunt, to mimic a real kill. As little as 5 to 10 minutes of this type of play a day led to a 25% reduction in hunting by the cats, the researchers said.

"The mental and physical stimulation of predatory-like play are likely to help keep a cat in tip-top condition and provide an appropriate behavioral outlet for its predatory behaviors," said Dr. Sarah Ellis, Head of Cat Advocacy at iCatCare.

So-called 'puzzle' feeders had no effect on hunting behaviors among the cats in the study.

"Previous research in this area has focused on inhibiting cats' ability to hunt, either by keeping them indoors or fitting them with collars, devices and deterrents," explained study author Robbie McDonald, from Exeter's Environment and Sustainability Institute. "While keeping cats indoors is the only surefire way to prevent hunting, some owners are worried about the welfare implications of restricting their cat's outdoor access.

"Our study shows that -- using entirely noninvasive, nonrestrictive methods -- owners can change what the cats themselves want to do," McDonald said in the journal release. "By playing with cats and changing their diets, owners can reduce their impact on wildlife without restricting their freedom."

The findings were welcomed by bird lovers.

"This latest study we have funded is excellent news for birds," said George Bradley, from the group SongBird Survival. "The data show that cat owners [like me] can make a few small and easy steps to really improve the health and happiness of our pets as well as make a really big difference for all our wildlife, especially our beloved songbirds. Making these easy-to-implement changes will be a win-win for birds, cats and cat owners."

The Toronto Wildlife Center has more on cats and wildlife.