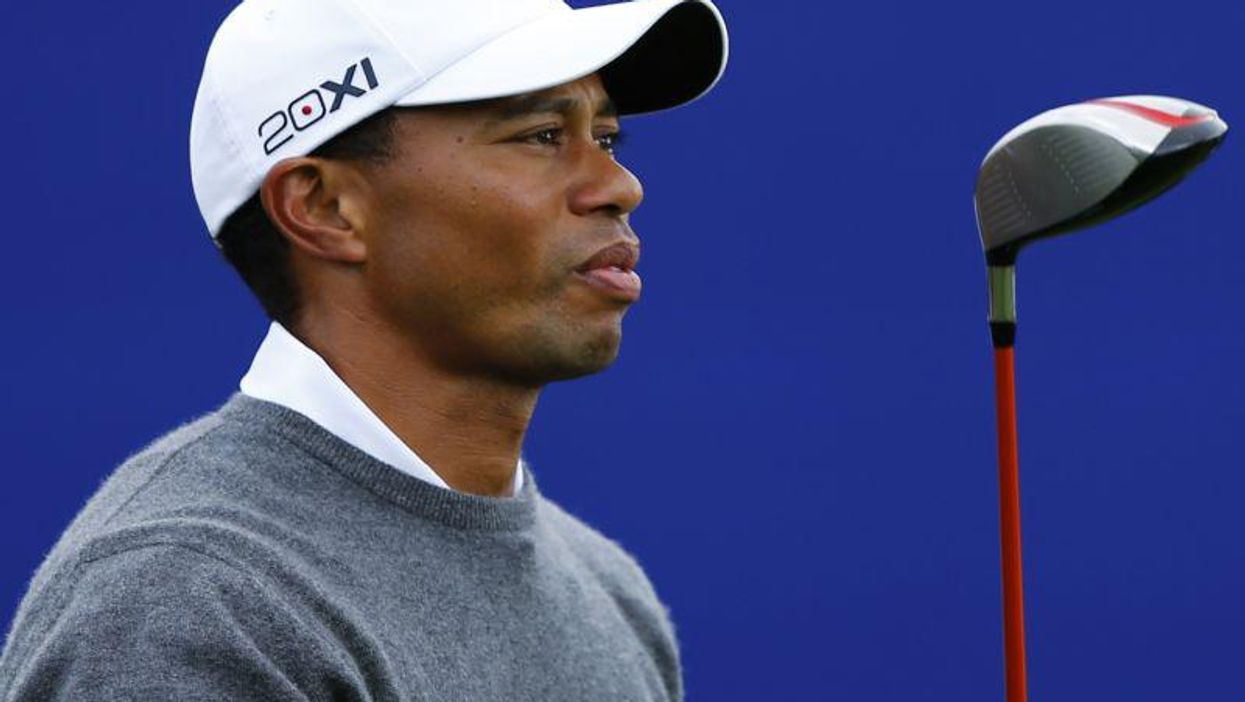 TUESDAY, Feb. 23, 2021 (HealthDay News) -- Golfing legend Tiger Woods was recovering in the hospital on Wednesday following a crash where his SUV flipped over in a Los Angeles neighborhood on Tuesday morning.

"Tiger Woods was in a single-car accident this morning in California where he suffered multiple leg injuries. He is currently in surgery, and we thank you for your privacy and support," Woods' agent Mark Steinberg said in a statement, the Washington Post reported.

At 12:30 a.m. Eastern time on Wednesday, a statement was posted on Woods' Twitter account that said he had "undergone a long surgical procedure on his lower right leg and ankle" and that he was "currently awake, responsive and recovering in his hospital room." The statement added that a rod had been inserted into his right tibia, and that screws and pins were used to stabilize bones in his ankle and foot.

Just before the crash, Woods was traveling northbound on Hawthorne Blvd. at 7:12 a.m. local time when his car flipped at Blackhorse Road, on the border separating Rancho Palos Verdes and Rolling Hills Estates in Los Angeles County. Woods was the only person in the car, police said. The vehicle suffered "major damage" in the crash, which still is being investigated.

During a media briefing Tuesday evening, authorities from the Los Angeles County Sheriff's Department and the Los Angeles County Fire Department described a dramatic scene: Woods was discovered, conscious and pinned in the driver's seat, which had deployed its air bags, the Post reported. Sheriff's Deputy Carlos Gonzalez, the first officer to arrive on the scene, said Woods was communicative with officers.

"I spoke to him," Gonzalez told reporters. "I asked him what his name was. He told me his name was Tiger. At that moment, I immediately recognized him. I asked him if he knew where he was and what time of day, just to make sure he was oriented. He seemed as though he was lucid and calm."

A neighbor, whose house had an elevated view above the area Woods's car came to rest, heard the crash and called the police, the Post reported. Fire department officials used a pry bar and an ax to free Woods from the vehicle. Woods, who could not walk, was transported to Harbor-UCLA Medical Center in serious but stable condition. Woods was wearing a seat belt, authorities said, or the crash likely would have been fatal, the Post reported. The golfing great showed "no signs of impairment" when authorities arrived at the scene, Sheriff Alex Villanueva said.

"It's very fortunate that Mr. Woods was able to come out of this alive," Gonzalez told reporters. "He didn't seem concerned about his injuries at the time, which is not uncommon in traffic collisions. Many times people tend to be in shock."

Woods was scheduled to take part in the second day of a Golf Digest/GolfTV shoot on Tuesday, in which he gives lessons to various celebrities, according to Golf Digest.

Woods, 45, had his fifth back surgery to relieve nerve pain on Dec. 23. He had the same procedure in 2014 and twice the following year, the Post reported.

Long the world's dominant golfer, Woods won 15 major titles over his career, second only to the 18 won by Jack Nicklaus, the Post said. But his latter career has been derailed by persistent back problems and personal troubles.

In November 2009, Woods crashed his SUV into a fire hydrant outside his Florida home in the middle of the night. He was knocked unconscious in the crash and was taken to a hospital in an ambulance, where he was treated for minor facial injuries.

In 2017, Woods was found asleep in his car with the engine running at about 3 a.m. local time in Florida. Police charged him with driving under the influence, and Woods eventually pleaded guilty to reckless driving after completing a diversionary program for first-time DUI offenders, the Post said.

The next year, Woods won the season-ending Tour Championship. In April 2019, Woods won the Masters for the fifth time in his career, the Post reported. At 43, he was the second-oldest golfer to don the green jacket, younger than only Jack Nicklaus in 1986.