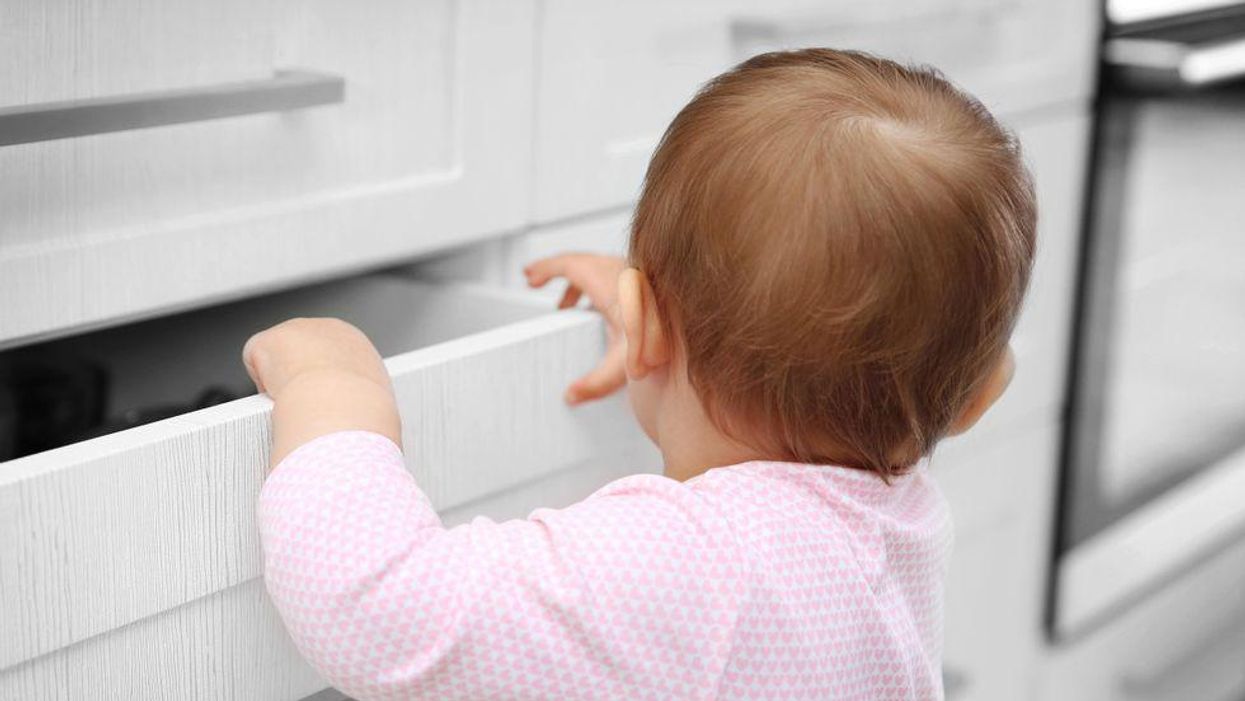 FRIDAY, Aug. 27, 2021 (HealthDay News) -- It can happen in an instant. A young child climbs a heavy piece of furniture, and it topples over on the toddler.

New research suggests that's not as rare as you might think: Hundreds of thousands of children have been treated in U.S. emergency rooms for such injuries in recent decades.

"Some families may not think that heavy furniture or TVs can tip over, but they do, and when this happens the injuries can be very serious and even life-threatening," said study senior author Dr. Gary Smith. He is director of the Center for Injury Research and Policy at Nationwide Children's Hospital in Columbus, Ohio.

"It only takes a few seconds for a child to pull out a drawer to climb up, causing a tip-over. By taking a few minutes now to anchor furniture and TVs in your home, you can help prevent these injuries from happening to the children in your life," he added in a hospital news release.

About 70% of tip-over injuries occurred among children younger than age 6, with a peak at age 2.

The researchers also found that 47% injuries were to the head or neck, and that children younger than age 6 were nearly twice as likely to suffer a concussion or closed head injury than older children.

Of the children seen in U.S. emergency departments for tip-over injuries, about 3% were admitted to the hospital for additional treatment, and the majority (82%) of those were younger than age 6.

While TVs accounted for 41% of tip-over injuries between 1990 and 2019, there's been a substantial decrease in TV-related injuries since 2010, the findings showed.

During the study period, about 10% of TV-associated injuries also involved simultaneous tip-over of furniture, and children younger than age 6 accounted for 75% of TV tip-over injuries, according to the study published Aug. 26 in the journal Injury Epidemiology.

The study authors also noted that injuries associated with tip-overs of clothing storage units, such as dressers and wardrobes, represent an "important subset" of about 17% of all tip-over injuries.

Current voluntary safety standards for such units are inadequate, according to the researchers. They noted that the U.S. Consumer Product Safety Commission (CPSC) has proposed a rule to strengthen those standards.

"Despite the decline in tip-over injuries since 2010, more should be done to prevent these injuries, especially among young children. The number of injuries remains high, outcomes can be life-threatening, and there are known effective prevention strategies," Smith said.

"Consumers cannot determine the stability of a piece of furniture by looking at it. Manufacturers need to comply with adequate safety standards and the U.S. CPSC must enforce compliance," he stressed.

The American Academy of Pediatrics has more on preventing furniture and TV tip-overs.