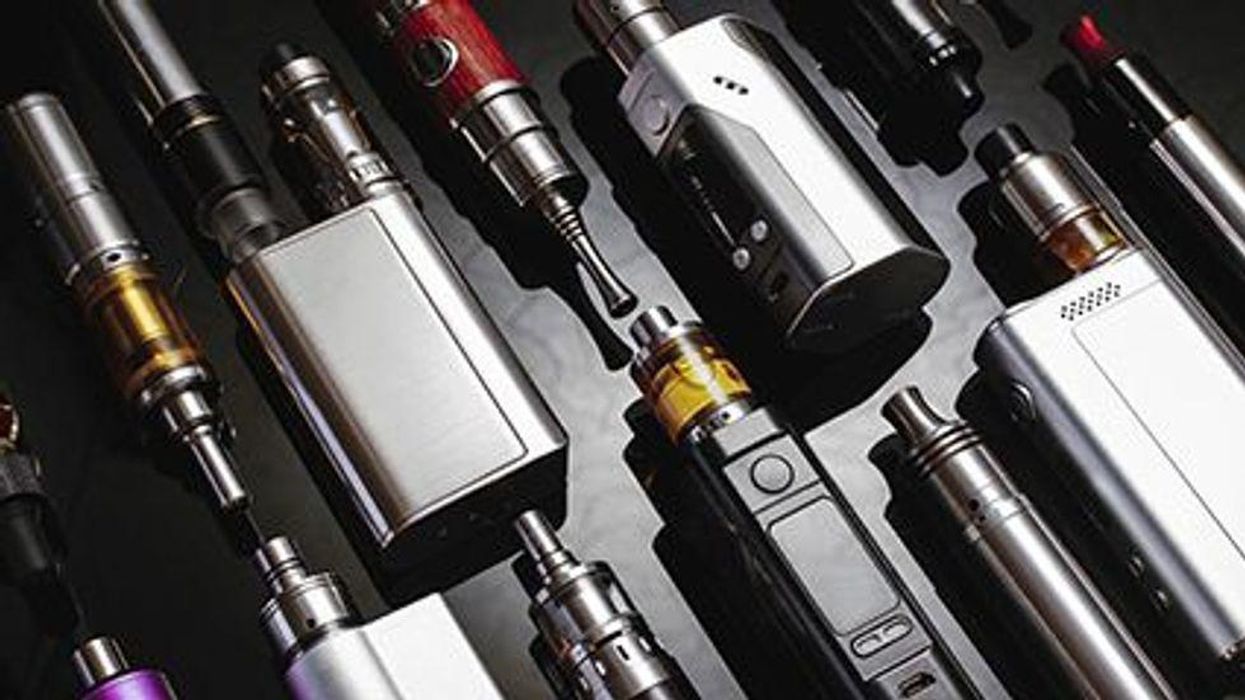 FRIDAY, Sept. 10, 2021 (HealthDay News) -- The U.S. Food and Drug Administration on Thursday announced that it had rejected the applications of nearly a million electronic cigarettes and related products.

But it also delayed a decision on the fate of the leading vape product brand, Juul, drawing an outcry from anti-vaping groups.

Juul products will remain on the market for now, more than 10 years after e-cigarettes first began selling in the United States, while the FDA defers its decision to an unspecified later time.

"There's more work to be done to complete our remaining reviews and ensure that we continue taking appropriate action to protect our nation's youth from the dangers of all tobacco products, including e-cigarettes," the FDA said in a statement, according to an Associated Press report.

The decision was part of a large scientific review of the vaping industry amid a court-ordered deadline to issue decisions on Juul and the other companies. Anti-tobacco groups have sued the FDA to speed up the review. Efforts to vet the products had previously been slowed by industry lobbying and competing political interests, the AP reports.

Matthew Myers, president of the Campaign for Tobacco-Free Kids, applauded the FDA's move to deny marketing for new brands of flavored e-cigarettes as a "significant step in the right direction."

But he had harsher words for the agency's deferral on decisions regarding Juul.

"It would be particularly harmful for the FDA to authorize the continued sale of Juul's menthol e-cigarettes given the fact that Juul was the main cause of the youth e-cigarette epidemic with its appealing flavors, massive doses of nicotine and slick, youth-oriented marketing campaigns," Myers said in a statement.

"The Juul products pending before the FDA put kids doubly at risk. Not only do they come in menthol flavor attractive to kids, these products also have high nicotine levels – equivalent to a whole pack of cigarettes – that can rapidly addict kids. The FDA cannot allow these highly addictive, menthol-flavored Juul products to stay on the market. But Juul's menthol e-cigarettes are not the only issue," Myers added.

"Other menthol cigarettes such as blu and Reynolds American's Vuse are also important," Myers noted.

The Campaign for Tobacco-Free Kids plans to return to court if the FDA doesn't clarify the timeline for the remaining decisions, Myers told the AP.

Vaping was once considered an alternative to smoking, but there's been little research to prove that vaping can help people kick the cigarette habit. Parents and anti-vaping groups had asked for years for more scrutiny on the devices.

Now, hundreds of companies sell the products, which are available in many flavors and strengths. About half of the $4 billion U.S. market is controlled by Juul Labs, Inc. Vuse is another large company. Both have other connections to the tobacco industry, the AP said.


To receive FDA approval, vaping companies needed to show their e-cigarettes benefit public health by proving that they help adult smokers to quit or reduce cigarette use, and that teens were unlikely to become dependent on them, the AP said.

The FDA said it took action on 93% of applications for more than 6 million vaping products. About 75% were rejected without review because they were missing key information. Most other products were rejected for their appeal to underage teens. About 80% of teens and children who vape use flavored products, the FDA said.

The agency will also continue its review of other parts of the smoking industry, including hookahs, pipes, mini-cigars and larger vaping devices with refillable tanks that sell at specialty vape shops, the AP said. Some of those products were not covered by a 2009 law that gave the FDA authority to oversee parts of the industry, including new products.

The FDA previously declared an epidemic of underage vaping in 2018, when Juul's high-nicotine, fruit-flavored cartridges gained in popularity with middle and high school students.

Juul stopped all advertising and cut all flavors except tobacco and menthol in 2019. The FDA later limited flavors in small vaping devices to just those two. Teen vaping has dropped since then.

Whether e-cigarettes should be sold at all is a lingering question. Some experts say the chemicals contained in e-cigarette vapor are less harmful than tobacco smoke.

"E-cigs and other reduced harm products present a fantastic opportunity to replace cigarettes with far less dangerous products," Jonathan Foulds, an addiction and public health specialist at Penn State University, told AP. "But I'm concerned this may be the start of an overly aggressive regulation for e-cigarettes — especially compared to how we treat regular cigarettes."

The U.S. Centers for Disease Control and Prevention has more on the impact of vaping on kids and teens.