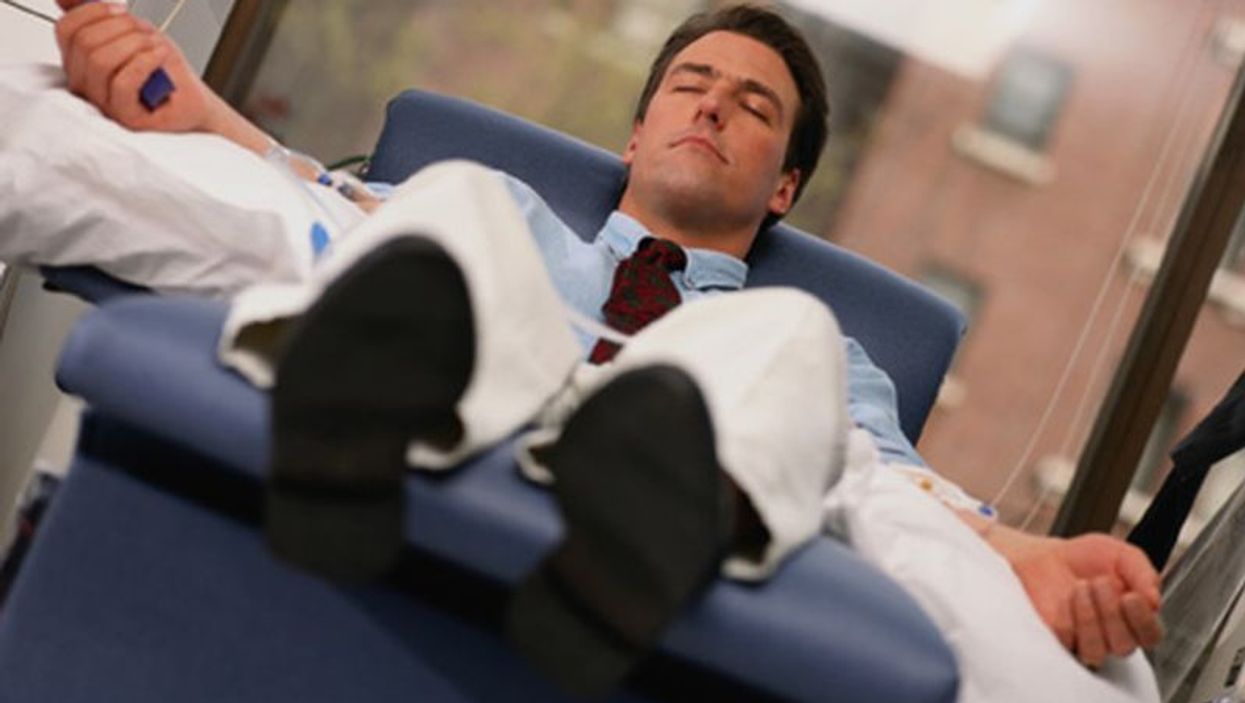 WEDNESDAY, May 22, 2019 (Pharmacist's Briefing) -- More than 1 million Americans have a genetic condition that pushes their cholesterol to dangerously high levels, but many don't know it.

Now, researchers offer a possible way to get more people with so-called familial hypercholesterolemia into treatment for this potentially life-threatening problem.

"The blood donor system could be a portal to understand who has genetic cholesterol problems," said Dr. Amit Khera, principal investigator of a new study into the idea. He's director of the Preventive Cardiology Program at UT Southwestern Medical Center in Dallas.

Having the blood vessels bathed in cholesterol from birth can cause heart disease to start 10 to 15 years sooner than normal, Khera said.

"And you have a significantly higher chance of having a heart attack or stroke," he said. "But here's the beauty -- it's completely preventable. If you get treated early, you can lead a normal life."

While most people see an increase in cholesterol as they age, those with inherited familial hypercholesterolemia have high cholesterol early in life, Khera explained.

"For people with this condition, levels can run as high as 270," he said. A total cholesterol level under 200 milligrams per deciliter (mg/dL) is considered desirable.

Only an estimated 10% of people with familial hypercholesterolemia are diagnosed, Khera said, leaving 90% at risk for heart attacks and strokes.

In addition, their relatives have a 50-50 chance of having it, too. Identifying one patient with the disorder can lead to as many as 10 or more family members who also have it, Khera said.

But primary care doctors rarely test for the condition or take a family history of heart disease, he noted.

"People are not putting two and two together and realizing that it's not just high cholesterol but a genetic cholesterol disorder," Khera said. "If there's lots of people with heart disease early and the cholesterol is super high, this isn't garden-variety high cholesterol."

For the study, Khera and his colleagues reviewed the records of nearly 1.2 million people who gave blood at Carter BloodCare, in Dallas. Nearly 3,500 had cholesterol levels that might indicate familial hypercholesterolemia. They tended to be men and under age 30, the researchers found.

That number is similar to the percentage of people in the general population with the condition, Khera noted.

No significant difference was seen by race, though the condition was slightly more common among Asians, the findings showed.

As many as 1.2 million Americans have familial hypercholesterolemia. For children known to be at risk because of family history, testing starts at age 2, the researchers said. Once diagnosed, treatment includes diet and exercise, and statins in later childhood.

People whose total cholesterol is above 200 mg/dL should see a doctor, have a review of family history and get a diagnosis and treatment, Khera advised.

Targeting blood donors could be an effective way to identify undiagnosed familial hypercholesterolemia, he said.

Each year, nearly 7 million Americans donate blood. Of these, 32% are first-time donors, according to the American Association of Blood Banks.

Khera's team hopes to develop a way to follow up with people whose disorder is identified through blood donations, and connect them to treatment and family screening.

Dr. Gregg Fonarow, director of the Ahmanson-UCLA Cardiomyopathy Center at the University of California, Los Angeles, said early detection and treatment can greatly reduce the risk of heart attack and premature death for people with the condition.

Unfortunately, most cases of familial hypercholesterolemia remain undiagnosed and undertreated, he said.

"These findings suggest that such a screening program of blood donors may serve as a novel approach to identify individuals with familial hypercholesterolemia," Fonarow said. "Consideration should be given to applying this approach nationwide."

The report was published online May 22 in JAMA Cardiology.