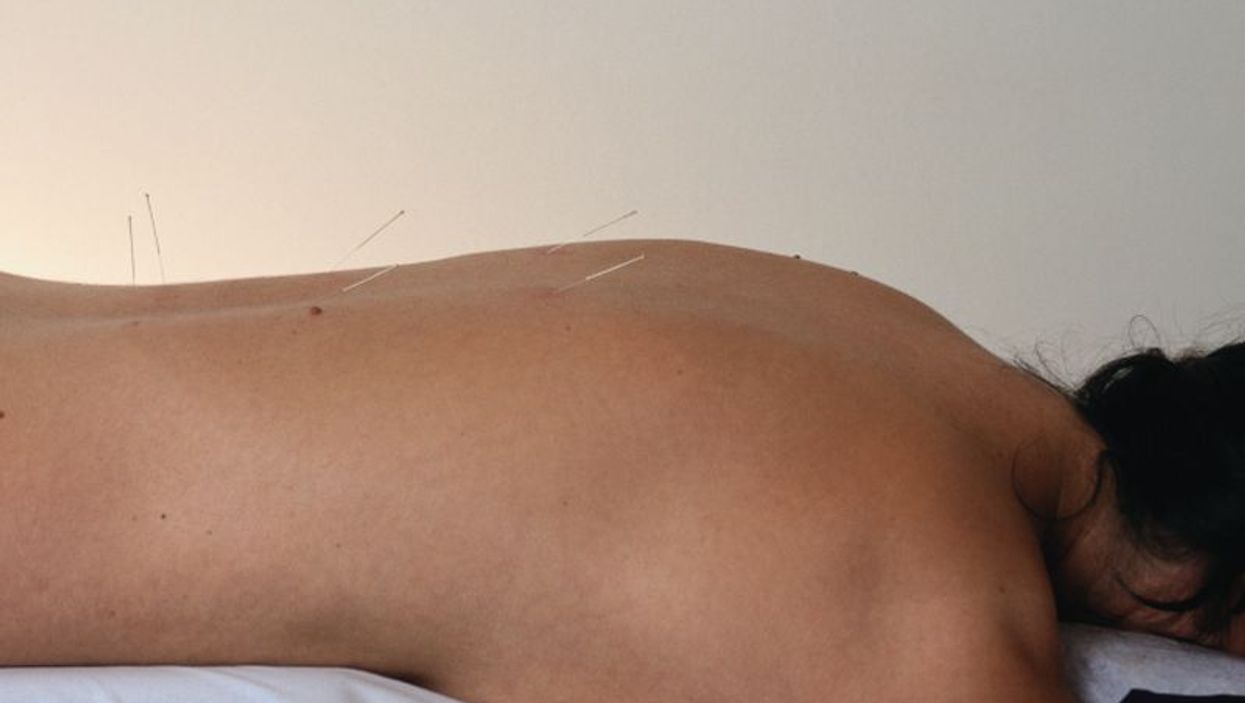 "Over the last 40 years, we have used low-frequency stimulation for leg and back pain, and it was relatively successful with about 50 percent of patients getting about 50 percent of their pain relieved," said lead researcher Dr. Leonardo Kapural, of the Center for Clinical Research and Carolina's Pain Institute in Winston-Salem, N.C.

Senza and other spinal cord stimulators deliver mild electrical stimulation to the nerves in the spinal cord that help disrupt pain signals to the brain, according to the Senza website. Electrodes with lead wires are placed near the spinal cord, and a device that contains the batteries is implanted under the skin.

Low-frequency devices cause a persistent tingling across the patients' back and legs (paresthesia), Kapural said. "The tingling can increase in intensity and can shock people. So it's not used when driving, and many people turn it off when they sleep, because the intensity goes up when they lie down," he said.

This new system, however, uses very high-frequency spinal stimulation that people can't feel, and it suppresses the nerves that increase pain signals traveling to the brain, Kapural explained.

The Senza system is currently available and costs -- including the device and the surgery to implant it -- are about $30,000, which is the same as traditional spinal stimulation, Kapural said. The costs are covered by most insurance including Medicare, he said.

Side effects include mild irritation at the site of the implant, and in about 3 percent of patients, the lead wires shift and have to be repositioned, Kapural said.

The Senza system was approved by the U.S. Food and Drug Administration in May 2015. The results of the study -- funded by the device's manufacturer, Nevro Corp. -- were published in the November issue of the journal Neurosurgery.

Dr. Mark Eisenberg is chief of neurosurgery at Long Island Jewish Medical Center in New Hyde Park, N.Y. He was not involved with the study but is familiar with the findings. "For my patients, in the last couple of years, we've been using high frequency much more frequently. The majority of patients are getting high frequency," he said.

The Senza system isn't the only high-frequency device on the market, he said.

The patients' average age was 55, and the time in pain was 14 years. Nearly nine out of 10 had already had back surgery, and about 90 percent were taking narcotic painkillers, the study authors said.

According to pain management specialist Dr. Kiran Patel, of Lenox Hill Hospital in New York City, "This is an exciting time in spinal cord stimulation. We are now starting to have a body of evidence that shows that these therapies can help patients with chronic moderate-to-severe low back and leg pain."

High-frequency stimulation has shown an increased benefit over conventional stimulation, which goes to support these new technological advances, Patel said.

These therapies have to be adapted to individual patients' needs, she said. "It's a matter of knowing your patient and knowing which therapy is most appropriate. Certainly, high-frequency stimulation is a valuable tool," she added.

For more on back pain, visit the U.S. National Institute of Arthritis and Musculoskeletal and Skin Diseases.