Next for Disabling Back Pain? New Discs From Patients' Own Cells 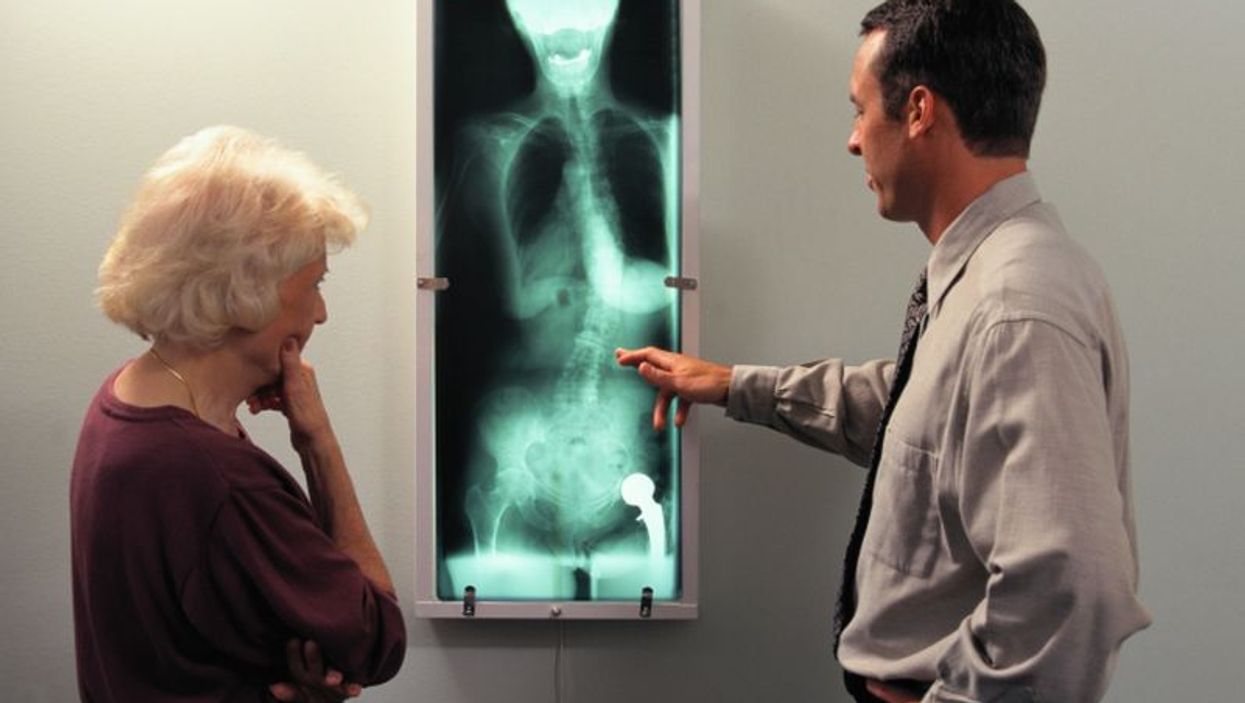 Preliminary results in goats are encouraging, according to the University of Pennsylvania researchers who've been working toward this goal for about 15 years.

In their latest effort, the team implanted bioengineered spinal discs into goat spines and studied them for up to 20 weeks. The researchers said the new tissue functioned well.

"We have every reason to be optimistic that the success will continue, and if it works, we can change the way we think about treating some of these disc diseases," said study co-author Dr. Harvey Smith, an associate professor of orthopedic surgery.

Spinal discs are the soft tissue between the vertebrae that act as cushions. But the discs can wear out. When this happens, the bones of the spine rub against each other and pinch nerves, making movement painful and difficult.

About half of Americans suffer from back pain at any given time, the researchers noted. It's a leading cause of disability in the United States, with an estimated cost of $195 billion a year.

For pain caused by a degenerated disc, two treatments currently exist. In one, surgeons remove the damaged disc and fuse together the spinal bones above and below the surgical location. But this causes the other discs to shift, often leading to damage and pain.

The other surgery involves replacing the damaged disc with one made of plastic, metal or a combination. These replacements wear out over time.

In the current experiments, scientists developed a method for taking stem cells from goats and growing new tissue on a matrix that resembles a spinal disc.

When they implanted the engineered discs back into the goats' necks, the discs became a part of the animal's own tissue, the researchers said.

MRIs after eight weeks showed the discs maintained or improved their shape, and their function matched or exceeded that of the goat's own cervical disc.

Senior researcher Robert Mauck said, "It will be exciting to see how it performs over longer periods, and especially exciting to start providing some hope for these people who are debilitated by the pain they live with every day."

Previously, Mauck, who is a professor of education and research in orthopedic surgery, and his colleagues implanted discs into rat tails and showed they worked over five weeks.

In the new study, the researchers chose goats because their cervical spine discs (in the neck bones) are about the same size as human discs. Also, the animals often stand on their hind legs, mimicking the disc compression in people.

Using this technique in humans is still years off, Mauck said. First, the research team must experiment with more goats and keep the implants in longer to see how they fare over time. Only then will the researchers approach the U.S. Food and Drug Administration to see what is needed to start human trials.

Dr. Qusai Hammouri, an orthopedic surgeon at Staten Island University Hospital in New York City, said, "This is an exciting development and could have the potential to help many patients with degenerative disc disease."

But Hammouri, who was not involved with the study, pointed out that just because it works in animals doesn't mean it will work in people. "Many successes in animal models fail to achieve the desired results in humans," he said.

Moreover, the process of back and neck pain isn't completely understood. Most treatments have mixed results and are less successful as more long-term follow-up data becomes available, Hammouri said.

"This study could be the first step on the roadway to helping many or just another dead end," he said. "Science and spine surgery history is filled with exciting developments that eventually lead nowhere. Still, it's a great step in the right direction."

The report was published Nov. 21 in the journal Science Translational Medicine.

For more about spinal surgery, visit the American Academy of Orthopaedic Surgeons.