Here's Why Your Knuckles Crack 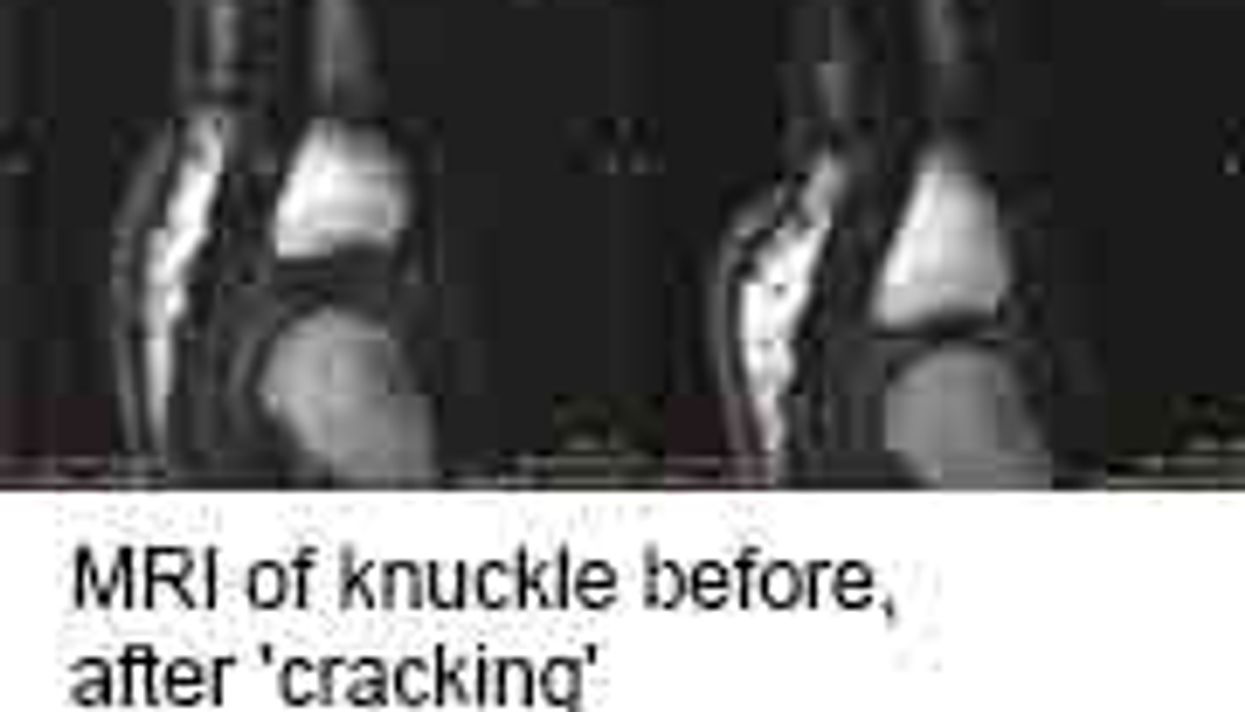 WEDNESDAY, April 15, 2015 (HealthDay News) -- Researchers report they have discovered what causes your finger joints to crack.

The reasons have long been debated by scientists, so Canadian researchers used MRI video to observe what happens inside a finger joint when it cracks.

The MRI was used to observe the 10 finger joints of one person. The volunteer inserted the fingers one at a time into a tube connected to a cable that was slowly pulled back until the knuckle joint cracked. MRI video recorded each knuckle crack in the less than 310 milliseconds it took to occur.

A cavity forming rapidly inside the joints appeared to be the cause of the familiar popping sound, according to the study published online April 15 in the journal PLOS ONE.

Specifically, the cracking was associated with the rapid creation of a gas-filled cavity within the synovial fluid that lubricates the joints.

"It's a little bit like forming a vacuum. As the joint surfaces suddenly separate, there is no more fluid available to fill the increasing joint volume, so a cavity is created and that event is what's associated with the sound," study author Gregory Kawchuk, from the University of Alberta, said in a journal news release.

There was also a white flash before the knuckle cracked, something that had never been observed before. It's likely caused by water suddenly being drawn together just before the joint cracks, according to Kawchuk.

The findings may open the way for new research into the potential benefit or damage of cracking your knuckles, the researchers said.

The U.S. National Institute of Arthritis and Musculoskeletal and Skin Diseases explains the importance of joint health.