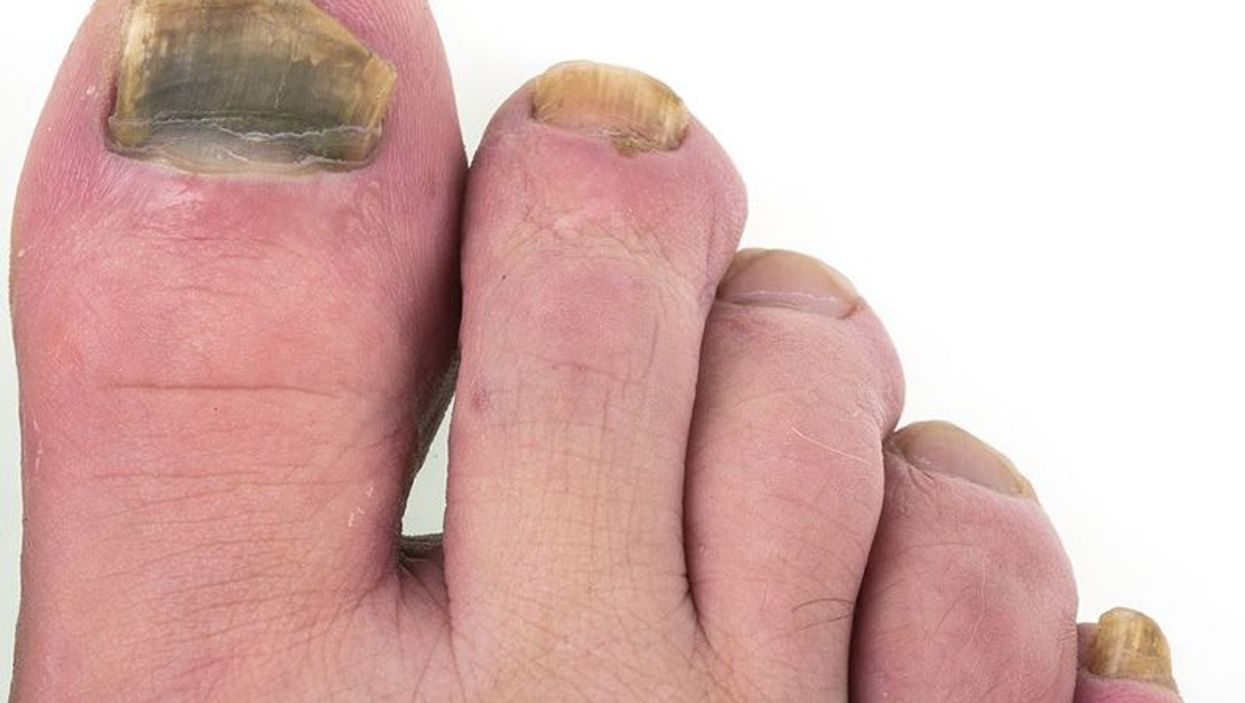 In fact, people who are statistically obese have more than double the rate of the infection, known as onychomycosis, compared to slim people, the study of nearly 9 million adults found.

Any unhealthy increase in weight was "associated with an increased incidence of onychomycosis," concluded the team led by Dr. Ji Hyun Lee, of the Catholic University of Korea College of Medicine in Seoul.

She noted that the infection is "extremely common." It can also be "debilitating," Green added, "since for some patients it can be very painful and lead to having other co-infections."

In advanced cases, onychomycosis also necessitates the use of painful medicinal injections around the nail bed.

Dr. Victoria Sharon directs dermatologic surgery at Northwell Health in Great Neck, N.Y. She said some studies have estimated that up to a quarter of U.S. adults live with onychomycosis.

"In the majority of cases, onychomycosis is not life-threatening and is often asymptomatic [symptomless], with patients being most bothered by the unsightly look of their nails," Sharon noted.

In the new study, Lee's group examined the health records of millions of South Koreans over age 20. The researchers looked specifically at changes in the individuals' weight between 2005 and 2012, as well as their incidence of onychomycosis.

The study found that the odds of developing the toenail infection rose as weight increased. Among slim people -- those with a body mass index (BMI) of 18.5 or lower -- there were just 12.5 cases of the infection per 1,000 people.

Of course, the best way to reduce your risk of onychomycosis is to stay slim, or slim down if you're already overweight.

But Green stressed that there are effective treatments if the fungal infection strikes.

"The best treatments start when you catch it early and you can use topicals such as Penlac nail lacquer or Jublia," she said. "More severe cases require oral antifungal drugs such as Lamisil for at least three months to treat these nail fungal infections."

The new study was published in the March issue of the Journal of the American Academy of Dermatology.

Find out more about onychomycosis at the American Academy of Dermatology.