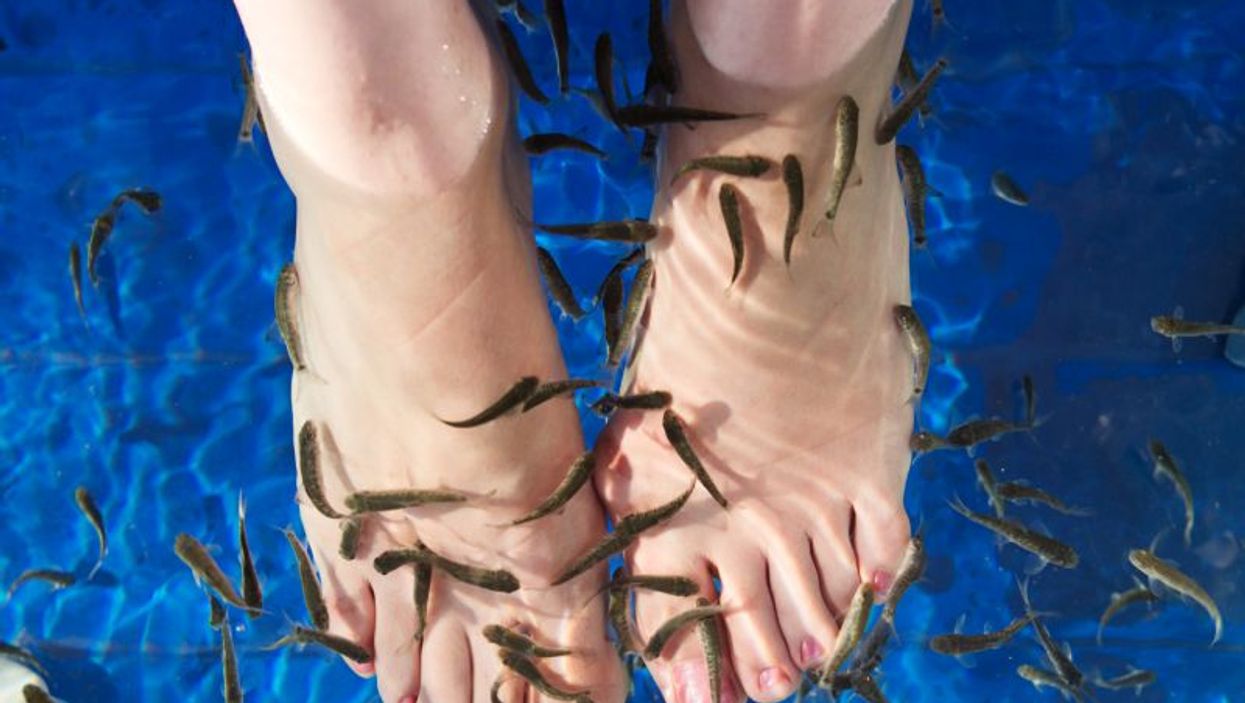 TUESDAY, July 3, 2018 (HealthDay News) -- A New York City woman who got a trendy "fish pedicure" may have lost a little more than the dead skin on her feet -- she may have lost her toenails, too.

So finds a case report published July 3 in the journal JAMA Dermatology. A dermatologist who treated the woman says the tiny "doctor fish" (Garra rufa) that feasted on the 20-something's feet somehow triggered onychomadesis -- a condition involving "a complete halt in nail plate production."

During a fish pedicure, people immerse their feet in warm water and let doctor fish eat away at dead skin. The procedures have become all the rage in recent years.

In fact, one clinical trial found that doctor fish were a useful treatment for people with psoriasis -- the fish ate away psoriatic skin but left healthier bits untouched, Lipner said in the report.

However, routine use of the fish for pedicures is another matter, she said, and may often cause more harm than good.

That raises the odds for infections transmitted between customers, and "several bacteria capable of causing disease in humans were isolated in batches of Garra rufa and waters from 24 fish spas," she said.

There have even been two recorded cases of serious staph infections tied to fish pedicures, Lipner noted.

"Therefore, their use has been banned in at least 10 states in the United States," she said.

In the new case report, the young woman complained of six months of abnormal toenail growth. Despite being in good health with no prior history of nail disorders, some of her toenails showed a separation and gradual disappearance of the underlying nail bed.

Lipner diagnosed onychomadesis -- a not-uncommon condition that's most often linked to underlying major illness or certain medications. Ruling those causes out, "to my knowledge this is the first case of onychomadesis associated with a fish pedicure," she said.

Just how the nibbling fish triggered onychomadesis "is unknown," Lipner said, but "it is likely that direct trauma caused by fish biting multiple nail units causes a cessation in nail plate production."

One skin expert not involved with the case said the report raises cause for concern.

"Chalk this one up to 'not everything natural is good for you,'" said Dr. Doris Day, a dermatologist at Lenox Hill Hospital in New York City.

"Unfortunately the water is sometimes contaminated with bacteria and other pathogens and the fish themselves can do more damage than good," Day said.

Find out more on keeping your pedicure healthy at the American Podiatric Medical Association.