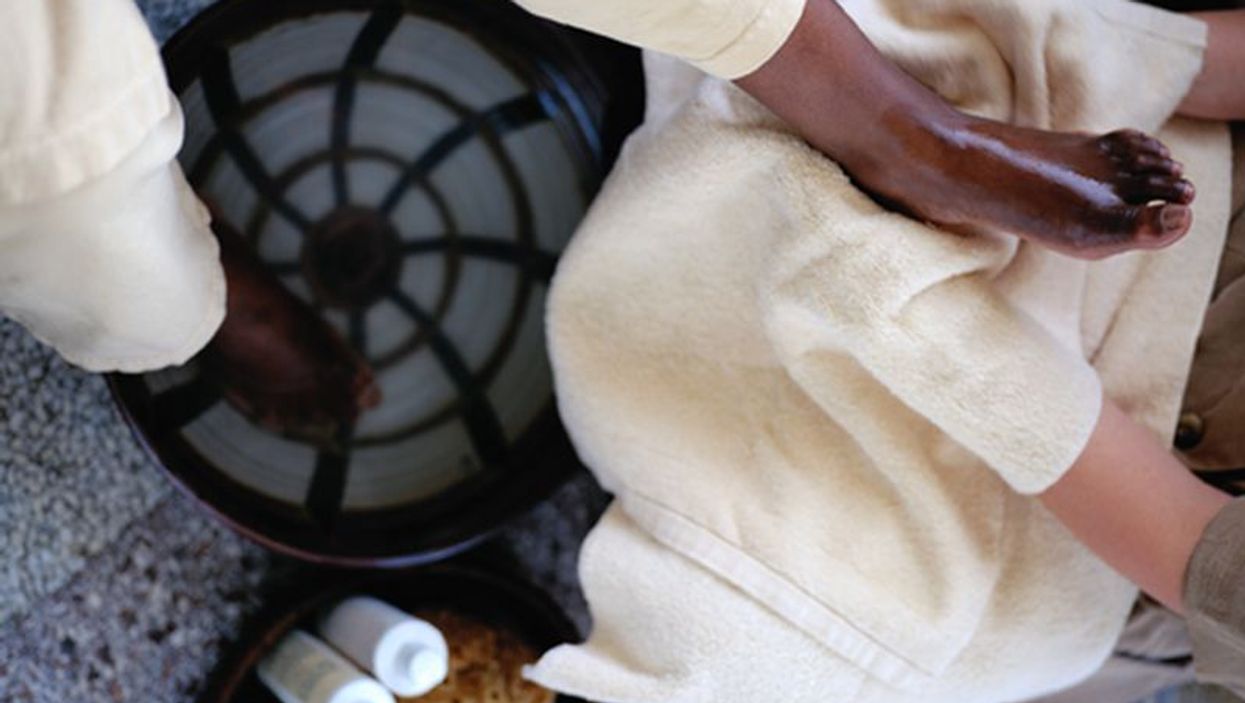 THURSDAY, April 18, 2019 (HealthDay News) -- Some strains of Staph bacteria may slow the healing of diabetic foot ulcers, while other types of bacteria may promote healing, according to a new study.

The results suggest that monitoring the bacterial populations (microbiomes) of diabetic foot ulcers may help doctors decide the best way to treat them.

Up to one-quarter of diabetics will develop a foot ulcer, because high blood sugar causes numbness that reduces circulation and makes wounds go unnoticed. These foot ulcers, affecting between 4 million and 6 million Americans, cost the United States $9 billion to $13 billion annually.

Foot ulcers are the leading cause of amputations in diabetics. After an amputation, about seven out of 10 patients die, a rate higher than that of many cancers, the study authors noted.

"There's been very little innovation in treating these wounds," said study leader Lindsay Kalan. She is assistant professor of medical microbiology and immunology at the University of Wisconsin School of Medicine and Public Health, in Madison.

For the study, Kalan's team collected samples from foot ulcers on 46 patients immediately before debridement, a treatment to scrape away dead or infected tissue and promote healing.

New samples were then collected every two weeks for 26 weeks.

Staphylococcus aureus, a type of bacteria known to be resistant to antibiotics, was found in most of the wounds. Investigation revealed that some strains of S. aureus were found only in wounds that did not heal.

In follow-up experiments, the researchers found that those strains of S. aureus also slowed ulcer healing in mice.

Interestingly, patients who were given antibiotics had little change in their foot ulcer microbiomes. The researchers weren't surprised, noting that the drugs rarely improve ulcer outcomes.

On the other hand, debridement reduced the diversity of bacteria in ulcers that went on to heal -- a finding that could help guide the course of treatment, the study authors suggested in a university news release.

"If we can use the microbial community to tell within 24 hours that debridement wasn't effective and a patient needs to come back for more treatment, it would greatly reduce care time and the patient's time away from work," Kalan said.

The study was published April 18 in the journal Cell Host & Microbe.

The American Diabetes Association has more on foot complications.