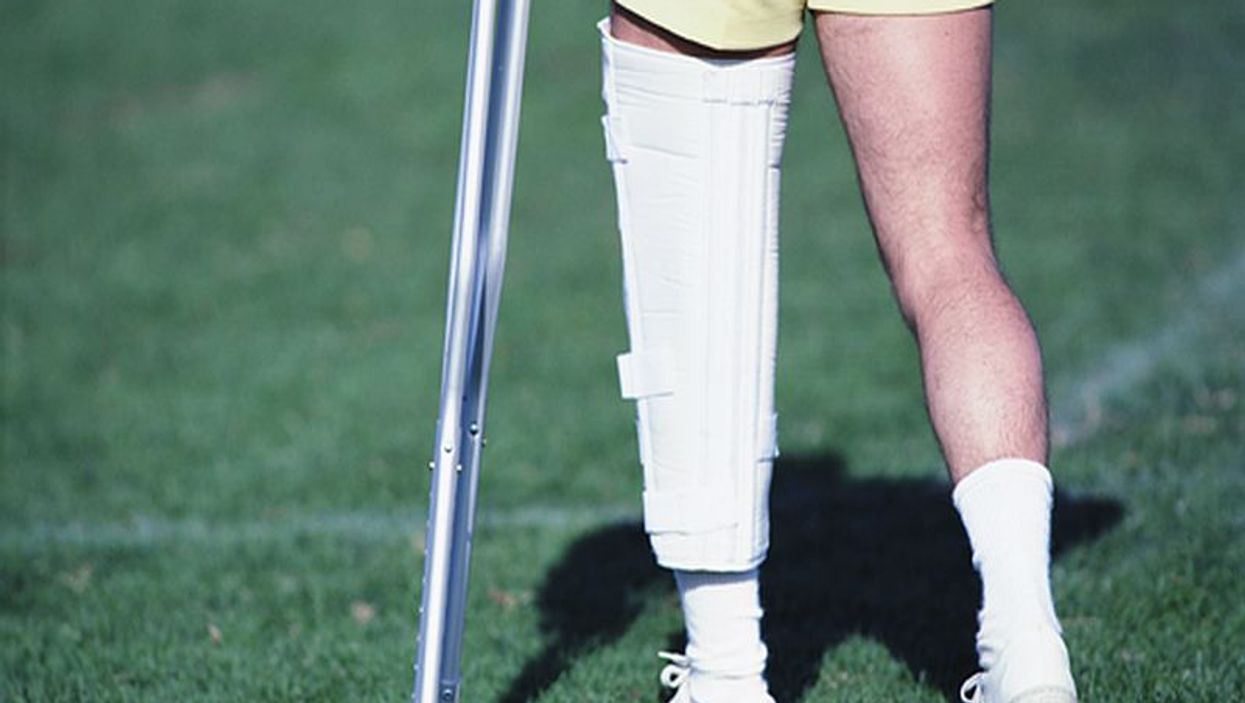 WEDNESDAY, Oct. 7, 2020 (HealthDay News) -- In a rare bit of good news tied to the coronavirus pandemic, researchers say pediatric fractures plummeted by nearly 60% this past spring.

Investigators say the finding likely reflects the sudden evaporation of organized sports and curtailed playground use due to the threat of COVID-19.

"We compared fracture incidence in the early stages of the COVID-19 pandemic -- March 15 to April 15 -- to the same monthly interval in the years 2018 and 2019," explained study author Joshua Bram, a fourth-year medical student at the University of Pennsylvania.

"There was a 58% decrease in the number of fractures per day presenting to our hospital in 2020 compared to the previous years," noted Bram. Fracture cases dropped from roughly 23 per day in 2018/2019 to fewer than 10 this year.

The researchers tracked fractures among patients under age 21 who were treated at the Children's Hospital of Philadelphia, a Level I pediatric trauma facility.

The proportion of fractures that ultimately required surgery did not shift during the study time frame. But the average age of patients seeking care for fractures did, said Bram, dropping from about 9.5 years in 2018 to about 7.5 in 2020.

That reflects a "decreased fracture burden" among adolescents, who might otherwise be playing team sports, the researchers noted.

"This makes sense," said Dr. Leigh Vinocur, a Baltimore-based emergency physician and spokesperson for the American College of Emergency Physicians.

"If there's no organized sports -- and if playgrounds are closed or parents aren't taking them -- you're going to see less of the injuries that are related to those activities," she said.

"And I would also imagine that we would see the same downward trend in terms of concussion risk," added Vinocur, who was not part of the study team.

Bram and his colleagues did not evaluate concussion risk as part of their analysis, which was presented this week at the virtual annual meeting of the American Academy of Pediatrics (AAP).

However, the team did explore other pandemic trends, such as the risk a child would get injured while at home or on a bike. And on both fronts the news was less rosy.

For example, while about a third of pediatric fractures in 2018/2019 occurred at home, that figure rose to nearly 6 in 10 during the early days of the pandemic.

And those trends dovetailed with a drop in the proportion of injuries attributable to playing sports, which slipped from about a quarter of all fractures in 2018/2019 to just over 7% in 2020.

Bram's advice: "Because of the increased proportion of injuries occurring at home, including those resulting from high-energy falls such as trampoline-related fractures and on bicycles, parents should be aware of the risk of injury while children are at home.

"It is also important," he said, "for large national groups such as the AAP and the Pediatric Orthopaedic Society of North America to focus injury prevention efforts on these increasingly common injury mechanisms."

Vinocur, meanwhile, thinks that the new injury landscape "may also give parents the space they need to think and perhaps reconsider a longstanding and troubling trend."

"Those kinds of injuries don't necessarily end up in the ER," said Vinocur. "But I imagine they've also gone way down, too, during the pandemic. And so maybe this is a time, an opportunity, to really think about whether this approach is really all that healthy for our kids."

Research presented at meetings is usually considered preliminary until peer-reviewed for publication in a medical journal.

There's more on child safety and sports at the U.S. Centers for Disease Control and Prevention.