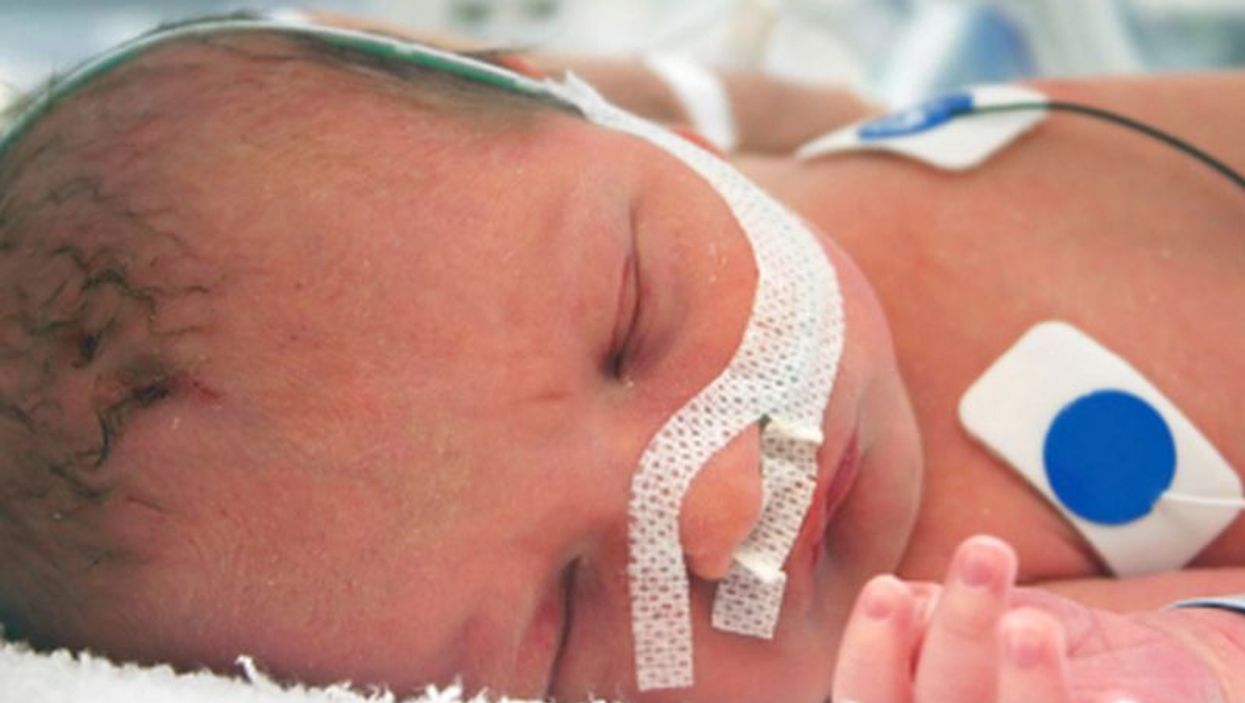 Moms-to-be who take prescription opioid painkillers plus psychiatric drugs for depression or anxiety have a 30 to 60 percent greater risk of giving birth to an infant in withdrawal than those taking opioids alone, researchers found.

Moreover, use of two or more psychiatric drugs in addition to opioids was associated with a twofold increased risk of infant withdrawal, said lead researcher Krista Huybrechts. She's an assistant professor of medicine at Harvard Medical School.

In particular, antidepressants, benzodiazepines such as diazepam (Valium) and the seizure drug gabapentin (Neurontin) greatly increase the risk and severity of drug withdrawal symptoms in newborns when used with prescription opioids during pregnancy, said Huybrechts.

Infant drug withdrawal -- called neonatal abstinence syndrome -- is a known complication of opioid exposure in the womb. But other strong drugs increase the risk, too. Symptoms may include trouble feeding and sleeping, irritability, breathing problems and seizures, the researchers noted.

With the United States in the midst of an opioid epidemic, a baby is born with signs of narcotic drug withdrawal about every 25 minutes, according to background notes with the study.

Because pain and mental health problems often occur together, the infant's exposure to these drugs may be unavoidable in many instances, Huybrechts said.

"In those cases, the findings may help to assess the level of risk among exposed infants and to rethink treatment for infants born to women who were prescribed multiple drugs during their pregnancy," Huybrechts said.

Huybrechts added, however, that this study only shows an association between these drug combinations and infant withdrawal, not that one directly causes the other.

The association, however, is a strong one, she said.

Dr. Stephen Patrick is an assistant professor of pediatrics and health policy at Vanderbilt University in Nashville.

"We have seen a big increase in opioid use throughout the United States, and that expansion has included an increase in prescribing to pregnant women," said Patrick.

In addition, there has been an uptick "in all prescribing to pregnant women. That includes everything from atypical antipsychotics to antibiotics," he said.

Doctors need to be more thoughtful before prescribing any medication in pregnancy, Patrick said.

"We have to make sure that when we prescribe medications that they are necessary and appropriate for what we are treating," said Patrick, co-author of an editorial accompanying the study.

Weighing harms and benefits is essential, he said. "We know that untreated depression in pregnancy is bad for moms and babies," Patrick said. "We have to treat opioid addiction. But the rapid rise and scope of prescribing we see in pregnancy seems to suggest that we are overdoing it."

For the study, Huybrechts and colleagues collected data on more than 200,000 pregnant women. All were enrolled in Medicaid, the publicly funded insurance program, and had received a prescription for an opioid like OxyContin (oxycodone) or morphine.

Among women taking prescription opioids alone, the absolute risk of having an infant going through withdrawal was about 1 percent.

The highest risk of withdrawal -- more than 11 percent -- occurred with a mother's use of gabapentin along with a narcotic painkiller.

Odds of withdrawal symptoms were not significantly increased when opioids were combined with atypical antipsychotics, such as Seroquel, Abilify and Haldol, or non-benzodiazepines (Z drugs), such as Lunesta or Zolpidem, according to the study.

"We need to focus on opioids and other medicines that are often prescribed at the same time," said Dr. Paul Jarris, chief medical officer of the March of Dimes.

Every pregnant women should be screened for narcotic use multiple times during pregnancy, he said.

The report was published Aug. 2 in the medical journal BMJ.

For more on opioid-addicted newborns, visit the March of Dimes.