Made of patients' stem cells and synthetic 'scaffolding,' it may cut need for hip replacement, scientists say 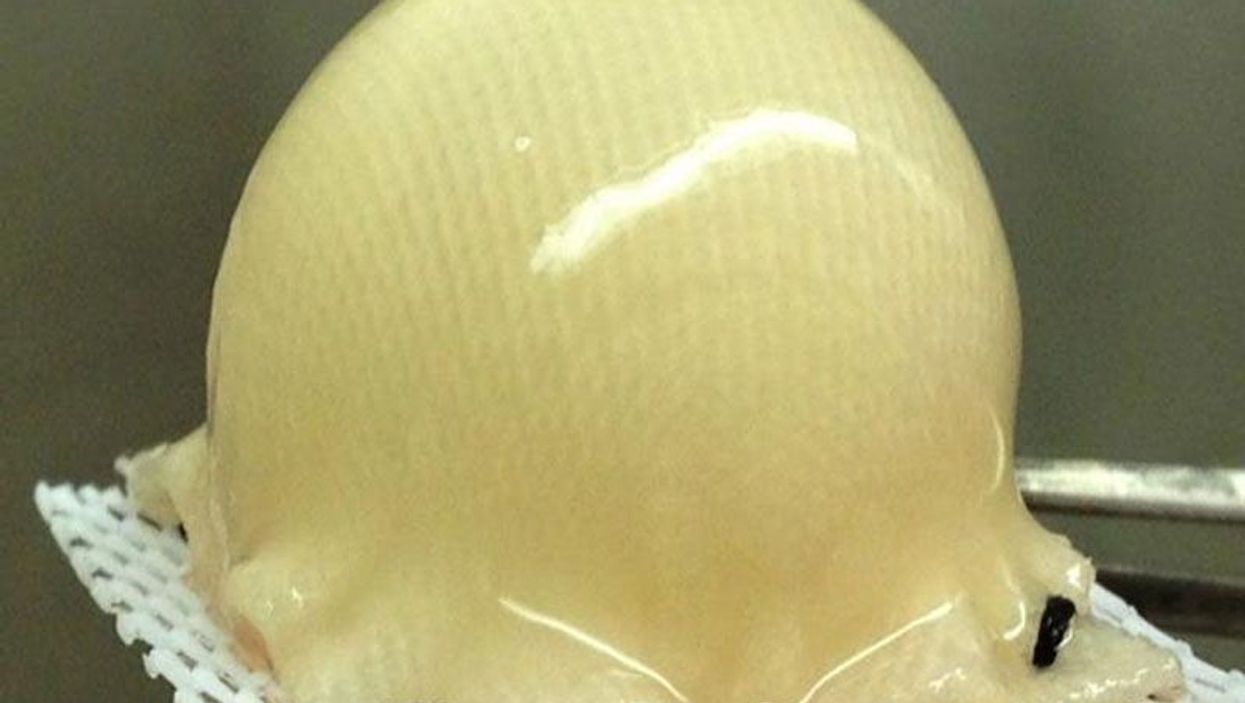 The cartilage hasn't been tested in humans yet, and it's too early to know anything about side effects or cost. Still, the researchers said it's promising because the cartilage is only partially artificial -- it also includes the patient's stem cells -- and the synthetic "scaffolding" may vanish over time, leaving only human tissue in its place.

In addition, the implant is designed to fight off swelling, said lead researcher Bradley Estes. He is vice president of research and development at Cytex Therapeutics, the Durham, N.C.-based company developing the cartilage.

"We have an implant that can functionally replace the diseased tissue, while also fighting off inflammation that could potentially destroy the new tissue," he said.

The implant is geared toward arthritis patients who are too young to be good candidates for hip replacement surgery, mostly because they are expected to live too long for the hip replacement to last their lifetime.

"Currently, there is a gap in treatment options for the treatment of arthritis, particularly for the active, young patient who's younger than 65 years of age," Estes said.

"If a patient were to be diagnosed with arthritis at an early age, typical treatment options include physical therapy, anti-inflammatory medications and analgesics. These don't address the underlying problem -- arthritis -- so the patient is left with inadequate treatment until the time that they're properly indicated for a total joint replacement," Estes explained.

Scientists have been trying to find a way to engineer a kind of artificial cartilage that could be used to "resurface" joints, he said.

In the new study, the authors reported on laboratory tests of an artificial cartilage designed to replace the surface of the hip joint.

The researchers used 3-D textile technology to create the cartilage. It "mimics natural cartilage," Estes said, and includes a mix of plastic material and a patient's stem cells that are supposed to produce cartilage. The cells, he said, are also "programmed" to reduce inflammation.

According to the study, the artificial cartilage shows signs that it can replace cartilage that has deteriorated. The plan is to create cartilage that could last 10 to 15 years and be used on joints other than the hip, Estes said.

Jerry Hu is director of the Clinical Translational Program at the University of California, Davis department of biomedical engineering. He said the artificial cartilage shows promise and "can potentially be used for more than knee and hips because there is cartilage in your fingers and shoulders, too."

However, he cautioned that "it may be some time before the technology gets translated to the clinic, due both to the need of demonstrating safety and effectiveness in animals as well as the same for humans. Unfortunately, this does not mean that people can ask their doctors for this form of treatment any time soon."

The researchers next plan to move to testing in animals, Estes said. "If things go well, we hope to start safety testing in humans in the next three to five years," he added.

Several of the study authors have a financial interest in Cytex Therapeutics, which holds patents for the development of these devices.

According to background information in the study, there are more than 27 million people in the United States with the chronic "wear-and-tear" form of arthritis known as osteoarthritis -- the type that commonly affects younger people. The study authors suggest that the incidence of osteoarthritis is on the rise.

The study was published in the July 18 issue of the Proceedings of the National Academy of Sciences.

The Arthritis Foundation has more about treating hip and knee pain.