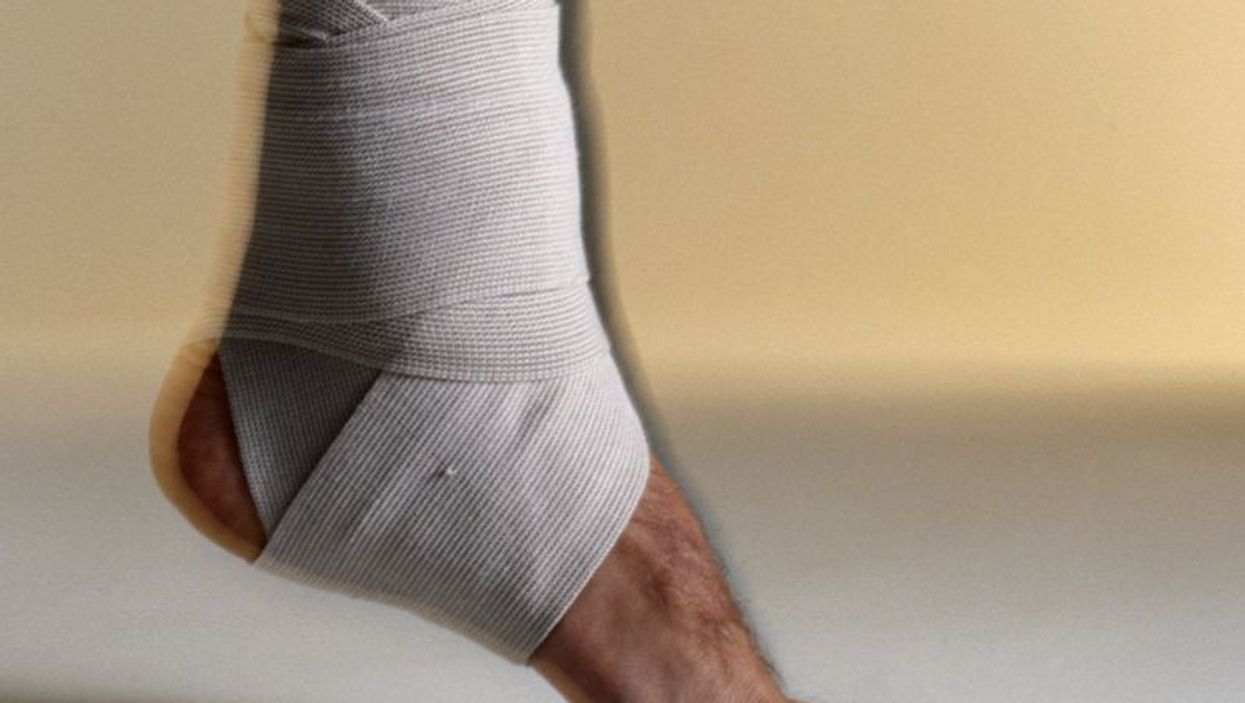 THURSDAY, June 23, 2016 (HealthDay News) -- Many Americans have suffered through an ankle break or sprain, but new research suggests these injuries might have a larger effect on health.

The study, based on a survey of thousands of adults, found that people with injured ankles tend to have higher rates of disability and arthritis, heart or respiratory issues going forward.

The study can't prove cause-and-effect, but it points to the importance of proper rehabilitation after such injuries, the researchers said.

"What is concerning is these differences are presenting across the life span -- especially during the critical middle age years when our risk for these diseases begins to increase," said study author Phillip Gribble. He's an associate professor in the department of rehabilitation sciences at the University of Kentucky, in Lexington.

In the study, Gribble's team conducted an online survey of over 3,500 adults. More than 1,800 of them said they had sustained some kind of ankle injury at some point in their lives.

Those who'd had such injuries were more likely to say they were "somewhat" to "completely" limited in their daily activities compared to people without such histories, at 46 percent vs. 36 percent, respectively. Rates of moderate to severe body pain were also higher (38 percent vs. about 27 percent).

The study also found higher rates of heart or respiratory ailments in people who'd injured their ankle versus those who hadn't (about 31 percent vs. 24.5 percent, respectively).

Not surprisingly, arthritis of the ankle was also much more likely among those who previously injured the joint (9.4 percent) compared to those who hadn't (1.8 percent), Gribble's team found.

Overall, the findings suggest that ankle breaks and strains should be taken more seriously, the researchers said.

"In isolation, ankle injuries are seen as relatively benign and inconsequential injuries," noted Gribble, who is also co-director of the International Ankle Consortium, a specialist research group.

"This is not just a problem for athletes, as a large percentage of the population reports chronic ankle issues," he noted. "Better efforts are needed to prevent the initial injuries, and also to introduce improved interventions post-injury, to reduce the high rate of chronicity we see in ankle injury patients."

Another expert in athletic injury agreed.

The study "supports other research reporting the negative long-term effects of an ankle sprain," said Tricia Hubbard-Turner, an associate professor at the Center for Biomedical Engineering Systems at the University of North Carolina at Charlotte.

"The take-home message should be there is no such thing as 'just an ankle sprain,'" she said.

Hubbard-Turner offered advice on proper recovery from an ankle injury:

"Enabling healing and rehabilitation is key to preventing the negative consequences reported in the Gribble study," Hubbard-Turner said.

"This may mean missing sports activity or modifying exercise [for example, trying non-weight bearing exercise] for a few weeks, depending on the severity of injury," she acknowledged. "But those few weeks are well worth it based on the long-term problems people are developing."

The study was to be presented Thursday at the annual meeting of the National Athletic Trainers' Association in Baltimore. Experts note that research presented at medical meetings is typically considered preliminary until published in a peer-reviewed journal.

To find out more about ankle injury and recovery, head to the American Orthopaedic Foot & Ankle Society.