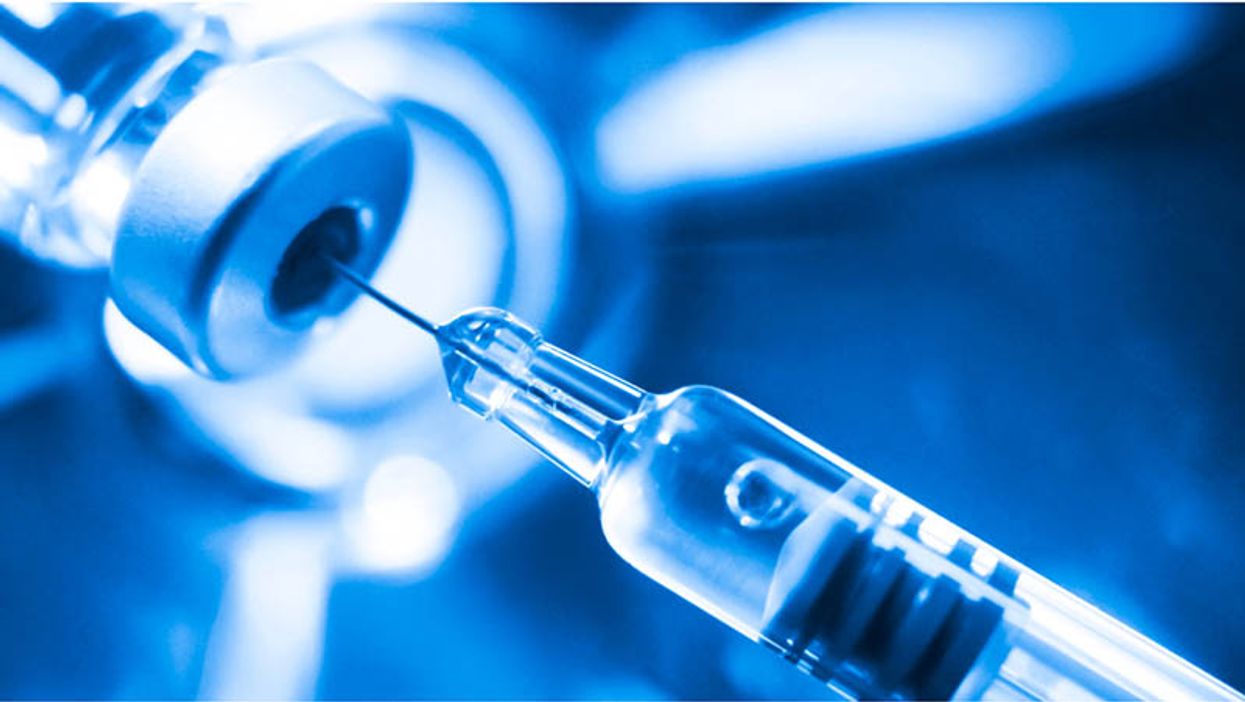 FRIDAY, April 23, 2021 (HealthDay News) -- More than a week after pressing "pause" on the rollout of the Johnson & Johnson COVID-19 vaccine, experts convened by the U.S. Centers for Disease Control and Prevention are scheduled to meet again Friday with an eye toward a decision on moving forward with the shot.

According to CNN, the CDC's Advisory Committee on Immunization Practices (ACIP) will reconvene from 11 a.m. to 5 p.m. (ET) on Friday to vote on updated recommendations on the vaccine.

The pause in use of the one-dose vaccine came after six U.S. reports, one fatal, of a rare but severe form of blood clot tied to use of the J&J shot, all occurring in women. On Thursday, Oregon health officials said they were investigating one more case, this time fatal, in a woman in her 50s who developed a clot soon after receiving the J&J vaccine, CNN reported.

Federal health officials are stressing the extreme rarity of the clots -- seven potential cases in more than 7 million doses of the J&J vaccine deployed so far in the United States.

ACIP is calling the rare clots thrombosis with thrombocytopenia syndrome (TTS). TTS is characterized by a rare form of clot in the brain (and possibly elsewhere in the body) that occur in tandem with a low level of blood clotting cells called platelets.

According to CNN, some blood specialists believe the clots could stem from an unusual immune reaction targeting platelets, which causes the platelets to clump together to form a clot.

Last week, ACIP members said they did not have enough information or time to recommend how to proceed.

"I continue to feel like we're in a race against time and the variants, but we need to [move forward] in the safest possible way," CDC adviser Dr. Grace Lee, of Stanford University, told the Associated Press last week. She was among those seeking to postpone a vote on the vaccine, the AP reported.

One of the most worrying things about the clots is that they are atypical and require different treatment. They occur in unusual places, such as in veins that drain blood from the brain, the AP reported. The six cases raised an alarm bell because that number is at least three times more than experts would have expected to see of more typical clots, said the CDC's Dr. Tom Shimabukuro.

"What we have here is a picture of clots forming in large vessels where we have low platelets," Shimabukuro explained to the AP. "This usually doesn't happen," but it is similar to European reports of clotting with the AstraZeneca vaccine.

According to CNN, Johns Hopkins University blood specialist Dr. Michael Streiff will brief the ACIP panel on treatments for TTS. Blood thinners -- with the notable exception of heparin -- can typically be used to dissolve the clots, and an immune product called IVIG can also help dampen the erroneous immune response.

The J&J clotting cases in the United States were all among women younger than 60. In Europe, most but not all cases following AstraZeneca vaccinations have been among women under 60, leading different countries to deploy that vaccine in more limited ways.

In the meantime, with demand for COVID-19 vaccination in the United States showing signs of declining, President Joe Biden on Wednesday offered businesses new incentives to help more workers get their shots.

He asked -- but did not mandate -- that businesses give employees paid time off to get vaccinated, and even offered special tax credits to businesses employing under 500 people, to help cover any costs.

According to The New York Times, Biden said that "no working American should lose a single dollar from their paycheck because they chose to fill their patriotic duty to get vaccinated."

The President spoke during a White House briefing to announce that 200 million Americans had now gotten at least one dose of COVID-19 vaccine. That milestone means Biden has already met a target he set for his 100th day in office, which is still a week away.

But even harder work may lie ahead: Most of those Americans who were already eager to get a vaccine have already done so, and in the weeks ahead convincing the vaccine-hesitant to line up for a shot will be a harder sell.

Michael Carney is the senior vice president for emerging issues at the U.S. Chamber of Commerce Foundation. Speaking with the Times, he said, "If you think of this as a war, we're about to enter the hand-to-hand combat phase of the war."

Paid time off could be a major weapon in that battle. According to the Times, officials say that about 30% of unvaccinated workers said it could help convince them to get immunized. Some businesses are also contemplating their own vaccination education campaigns and immunization clinics.

Reaching the unvaccinated will be crucial to boosting immunization rates to the 70% to 90% scientists believe is needed for herd immunity. Right now about 40% of American adults have gotten at least one dose of vaccine, the Times said, but rates vary widely between states.

Since the first COVID-19 vaccine was approved in December, millions of Americans have eagerly sought to find and receive one. But a new report finds that that could change over the next few weeks, as the pool of eager recipients shrinks and only the vaccine-hesitant remain.

"While timing may differ by state, we estimate that across the U.S. as a whole we will likely reach a tipping point on vaccine enthusiasm in the next two to four weeks," researchers from the Kaiser Family Foundation (KFF) explained in a report released April 20.

"Once this happens, efforts to encourage vaccination will become much harder, presenting a challenge to reaching the levels of herd immunity that are expected to be needed," concluded KFF researchers Jennifer Kates, Larry Levitt and Josh Michaud.

According to Kaiser's own polling data, the percentage of American adults who have either received one COVID-19 vaccine dose or want to get vaccinated as soon as they can has steadily risen -- from 55% in late February to 61% expressing "vaccine enthusiasm" by March 21.

"If we use 61% as a current 'outer edge' of vaccine enthusiasm, it translates into about 157 million adults," the authors of the report said. With the CDC announcing Monday that more than half the adult population -- 131 million people -- have already received at least one dose of vaccine, "that leaves an additional 27 million adults to go before we hit up against the 'enthusiasm limit,'" the team said.

At current rates of vaccination, those last "enthusiastic" vaccine-seekers will have gotten their shots "in about 15 days," the authors noted, and "of course if the pace of vaccination picks up, it could be sooner."

There is the possibility that enthusiasm in the vaccine increases again, to say, 66%, and in that case the "tipping point" where supply exceeds demand could be reached in three to four weeks from now, according to the Kaiser report.

But once that tipping point hits, finding willing arms to receive vaccines gets a lot harder.

"It will take a concerted effort to reach a sufficient level of vaccination for herd immunity," the researchers added. "Federal, state and local officials, and the private sector, will face the challenge of having to figure out how to increase willingness to get vaccinated among those still on the fence, and ideally among the one-fifth of adults who have consistently said they would not get vaccinated or would do so only if required."

Speaking with CNN on Tuesday, Dr. Rob Davidson, an emergency room physician in Spring Lake, Mich., said that local officials are becoming worried already. "We have slots going unfilled, I know in West Michigan and other parts, particularly in rural Michigan," he said.

And Kristy Fryman, the emergency response coordinator and public information officer for the Mercer County Health District in Ohio, told CNN she's seeing a slowdown in vaccination appointments as well.

"We've been going back to the drawing board trying to figure out how to get more people vaccinated but ... we can only do so much," she said.

Other polls suggest acceptance of the vaccines may still be on the rise, however. According to an Associated Press-NORC Center for Public Affairs poll conducted in January, 67% of Americans said they'd be willing to get a COVID-19 vaccine, but that number had risen to 75% in the latest AP-NORC poll.

The U.S. coronavirus case count neared 32 million on Friday, while the death toll topped 570,000, according to a tally from Johns Hopkins University. Worldwide, nearly 145 million cases had been reported by Friday, with nearly 3.1 million people dead from COVID-19.