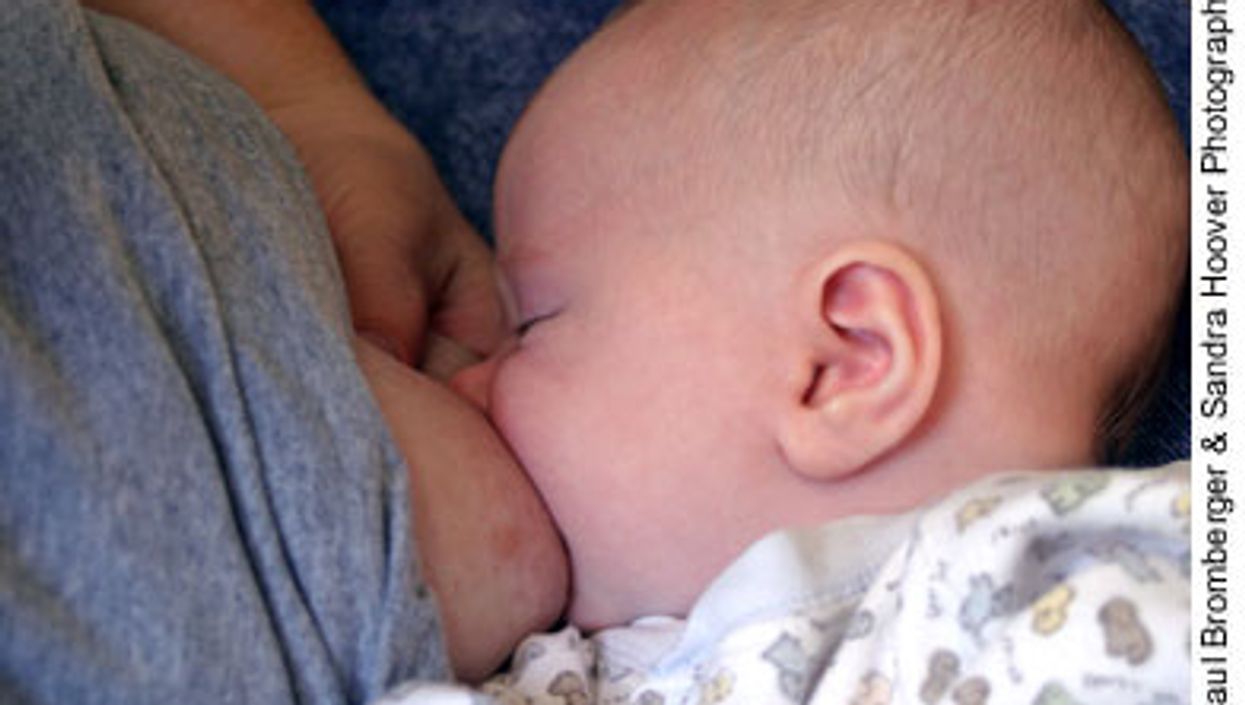 Breast milk is the best food for babies. It provides nutrition, strengthens the immature immune system, and may protect against asthma, diabetes, and other diseases. Breastfeeding is good for mothers, too. It helps the uterus return to normal size after delivery, helps burn off pregnancy fat, and provides a calming hormone rush. In addition, breast milk is free and convenient. If those weren't reasons enough to breastfeed, here's another: Breastfeeding can be highly effective birth control. Many women around the world rely on breastfeeding as a natural way to delay the birth of another child, especially because they often have limited access to other forms of birth control.

Breastfeeding is a built-in method of suppressing fertility after a baby is born, giving a woman's body time to recover from pregnancy and childbirth. If you breastfeed on demand (whenever your baby seems hungry, for as long as your baby wants to nurse) at regular intervals throughout the day and night, this will usually suppress ovulation. The "suckling stimulus" provided by a nursing baby prevents the usual monthly surge in gonadotrophin-releasing hormone (GnRH) needed for the ovarian follicles to develop and release an egg.

Using breastfeeding as contraception is called the lactational amenorrhea method (LAM). "Lactational amenorrhea" means that your periods are suppressed because you are lactating (breastfeeding). This method of predicting the return of fertility after childbirth was defined at a conference of experts in Bellagio, Italy, in 1988.

A 2003 review of the scientific literature by the Cochrane Review found that breastfeeding women without periods who weren't specifically educated about LAM had comparable rates of pregnancy to those who were following LAM. This implies that LAM is close to the way women naturally breastfeed and is not difficult to follow.

How effective is it?

A major study conducted by the World Health Organization in seven countries found that LAM was 98.8 to 99.1 percent effective while breastfeeding for the first six months. The study, published in 1999, followed more than 4,000 women for a year after they gave birth.

Working moms should note: If you're away from your baby during extended periods during the day, breastfeeding might not be as effective at suppressing ovulation, even if you pump your milk. That may be because the hormone rush you feel while your baby is at your breast is more powerful than when you pump, and it's that suckling stimulus that prevents the release of hormones involved in ovulation.

If your baby is older than 6 months, breastfeeding may still help to inhibit ovulation. As long as your periods have not returned and your baby continues to get most of his nutrition from breastfeeding on demand, your chances of getting pregnant remain low, though significantly higher than in the first six months. The WHO study found pregnancy rates of up to 7.4 percent among women breastfeeding at 12 months.

Keep in mind that breastfeeding is temporary birth control: As soon as your first period returns, you'll need to start using a supplemental method of birth control. Sometimes it's possible for you to ovulate even before your periods resume, especially after the first six months. To be extra sure you don't get pregnant before you're ready again, most doctors will advise you to use another form of contraception as backup even while practicing LAM.

How do I get started?

Once your baby is born, you have a window of only a few days to establish your milk supply. If you're interested in breastfeeding, you'll need to make the decision by the time you have your baby. Experts advise putting your newborn to your breast within an hour of birth and offering the breast often to get your milk flowing. (For more information about breastfeeding, including advantages, preparation, and overcoming problems, see our breastfeeding section.)

Many women like using breastfeeding as contraception because it's completely free and involves no advance preparation, devices, medication, or side effects. However, many physicians are reluctant to advise this method because if it isn't followed properly, it can be unreliable, an issue with most birth control methods. Also, breastfeeding will not protect against sexually transmitted diseases.

Should I use backup birth control?

It depends. If you don't meet ANY of the three conditions for the lactational amenorrhea method (you are breastfeeding exclusively, on demand, at least every four hours in the day and every six hours at night; your periods have not resumed; your baby is under 6 months of age), then you shouldn't rely on breastfeeding alone to prevent another pregnancy. This situation includes mothers who feed their babies a combination of formula and breast milk (separately or mixed together), mothers who pump milk for some feedings, and mothers who have been breastfeeding longer than six months, as they might not be producing quite enough hormones to suppress their fertility.

Sometimes breast milk supply can drop suddenly or fertility can return unexpectedly, even if periods haven't resumed. Since it's hard on your body to conceive again less than six months after delivering a baby, it's a good idea to always use a backup method. The best contraception options for breastfeeding women include barrier methods like condoms, since they won't interfere with the hormones involved in producing breast milk. Progestin-only pills are another good option, although they have the potential to decrease milk production if started before the milk supply is well established.

WHO. Selected Practice Recommendations for Contraceptive Use, Second edition 2004

Pain and the Elderly